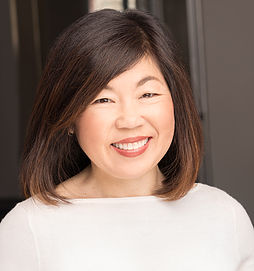 Anna Yen is the author of the new novel Sophia of Silicon Valley. She has worked for companies including Tesla, Inc., MarketWatch, and Pixar Animation Studios, and is the cofounder of a strategic communications company. She lives in San Francisco.

Q: How did you come up with the idea for Sophia of Silicon Valley, and for your main character, Sophia?

A: The idea for the book was inspired by two things. First, Steve Jobs had passed away and a lot of things were being written and/or produced about him that I didn’t find to be accurate (or fair) at all.

I wanted to show the world my perspective, as someone who used to work closely with him, that he was an incredible mentor and role model if you knew how to listen, observe and absorb.

And that’s actually probably true of anyone you interact with — we all have room to grow and learn from others but we have to look beyond the surface layer and sometimes, put on some really thick skin.

The second reason is that I had just been diagnosed with a recurrence of cancer so I was of the mindset, “What is my legacy?”

I have young nieces and nephews - and I wanted to be sure that if I left this world before they really got to know me - before they grew up - that I would leave something behind for them that showed them what their aunt did in this world and the lessons she learned.

So the book is just as much an homage to people who shaped me as it is a guidebook for the next generation of “Yens” (have an opinion, be persistent, laugh at yourself, think in six minute increments, don’t be afraid of anything!). Sophia, the main character, was easy. She’s 20 year old me :) 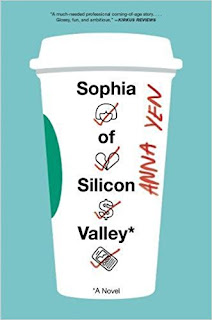 Q: What do you think the novel says about the culture of Silicon Valley, particularly for women?

A: There’s no doubt that there is a bias - whether intentional or not - towards men. I see it here when investors speak to female entrepreneurs versus male (i.e. with women, venture capitalists are constantly suggesting how women should run their businesses), in hiring practices (although that seems to be improving), character profiling, and other.

But that’s not just here in Silicon Valley - I think its true everywhere. In the book, I sort of turned it around and demonstrated that LEADERS (male or female) have the responsibility of setting the tone of their companies’ cultures - if they are seen as showing respect for women, then there’s less likely to be outward bias.

For example, Sophia reported to the executives who treated her well, thus no one would have dared behave egregiously towards her (Kirkus Review calls the novel a “roadmap for good management”).

There were some exceptions, of course, and that has been true in my own experience as well. For the most part, though, my horror stories really didn’t happen until AFTER I went out on my own - and was no longer protected by the CEOs and CFOs I’d previously reported to.

A: The original ending was different - but the editor felt that if we left it the way I wrote it, readers would feel as though they were left hanging. So I added more by taking the timeline a little further.

Q: Are there other novels based in Silicon Valley that you'd recommend?

A: The only book I know of that was set in Silicon Valley (fiction) is The Circle - but to me, that was dystopian more than anything.

A: I still have my investor relations day job - which is really storytelling for investors - while I think about the next book.

A: Thank you for including me in your blog!