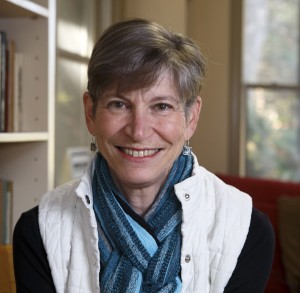 Dale Russakoff is the author of the new book The Prize: Who's in Charge of America's Schools. It examines what happened after Facebook's Mark Zuckerberg announced a $100 million gift to the Newark, N.J., schools in 2010. Russakoff worked for The Washington Post as a reporter for 28 years. She lives in Montclair, N.J.

Q: Why did you decide to write The Prize?

A: I had in mind there was a book here when the [Mark] Zuckerberg gift [to the Newark schools in 2010] was announced on Oprah. There was a little item in The Star-Ledger that it was about to happen. I was sitting and watching it, and hearing these dreams that these powerful men had for the Newark school district, I thought it would be absolutely fascinating.

I thought it would be a real opportunity for the education reform movement—what does it mean? I started off thinking it would be a magazine piece, but I realized I didn’t just want to do one story. I had been a journalist for 30 years [without writing a book]—I felt this really was my book.

A: I decided I wanted to get as close to the people coming up with the strategies and plans, and at the same time be at ground level with the parents, students, and teachers when the reforms are coming at you.

Working at The Washington Post and covering government, I’m interested in the big public-policy ideas that you can trace down to the person whose life is supposed to change—and does it? Why or why not? I wanted to follow it back and forth between reporting on the people behind the effort and the people in the neighborhood.

Q: You write, “What [then-Newark Mayor Cory] Booker, [New Jersey Governor Chris] Christie, and Zuckerberg set out to achieve in Newark had not been accomplished in modern times—turning a failing urban school district into one of universally high achievement.” Why was Newark selected for this project, and how successful do you believe it’s been so far? 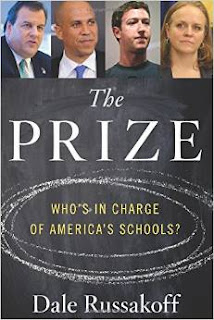 From what I understand, people close to Zuckerberg and to Booker said there wasn’t a lot of due diligence Zuckerberg put into this. He was pretty wowed by Booker and Christie. It was his first act as a philanthropist.

He had never been to Newark. He thought at the time that you actually could go to an urban district and come up with a model, and solve the educational issues and apply them to [other] cities and change education in America.

That’s how a startup works, but not how schools and education work; there was not the appreciation for how education works in each community and how it is its own ecosystem. There is no model that you can scale up and apply to Chicago, Boise, Toledo. I think Zuckerberg did learn that.

Q: How successful do you think it was?

A: I think people like Zuckerberg, Booker, and Christie would say their great success was the [increase] in students at charter schools…now on the path to 40 percent.

They put effort into improving the system…but you don’t have resources to deal with the problems that children bring into the classrooms. If you consolidate two of the lowest-performing schools, the schools don’t have enough social workers, guidance counselors—they’re overwhelmed…

Q: How was the book’s title picked, and how would you answer the question posed in the subtitle?

A: It’s a constant battle. The publisher came up with the subtitle. [At first I thought] the book doesn’t pose or answer that question—but it is a big question in education. There’s always a battle between [administrators] and unions, now there’s a grand battle…the philanthropists are now part of the mix.

President Obama and [Secretary of Education] Arne Duncan with Race to the Top; merit pay is a big factor—there are all these other forces in the last 15 years that are now part of the struggle. That is the big context for the book. And "The Prize" represents the money and power sitting in the school district budget….

Q: You include many stories about individual students and teachers in the book. How did you find the specific people to include, and how have they responded to the book?

A: The teachers and students—that came from spending time in individual district schools. I chose Central High School because Ras Baraka was the principal. I had no idea he would become mayor [of Newark], but he was a big factor in the grassroots movement, he had a longtime role as an activist and school leader, and he was the son of [activist and poet] Amiri Baraka.

I wanted to get to see what he was doing within the school, and I [also] spent time in two schools in the poorest ward of Newark, the South Ward…these schools had some of the biggest challenges. From having been in these schools, I found certain teachers and students who illustrated the challenges and the possibilities.

These people have been the most enthusiastic about the book. That’s been the most rewarding thing about it. They feel their voices have been heard. In the process, [it seemed] people on the ground didn’t have a voice.

Q: What surprised you most as you worked on the book?

A: I guess I was surprised that $100 million went so quickly. I was stunned to learn that the Newark school district [budget] is $1 billion a year. Five years at $20 million a year, it puts it in perspective: How could it be an amount of money that really transformed what happened in Newark?

There were years of corruption and mismanagement. Mark Zuckerberg has an enormous fortune, and gave a seemingly infinite amount to Newark, but it’s little compared to the amount that goes to the schools every day.

Also, I was surprised by the amount of money the schools have to do business with contractors and consultants. Public education is a $600 billion enterprise—as big as the defense budget, really. Trying to make sure the money is spent in the best interest of the kids, and not of whoever is trying to get the money, is overwhelming.

One dollar of $10 goes to consulting firms—that’s $20 million. There was some good work, but a lot wasn’t well spent. There’s a quote from one of the community leaders: Everyone’s getting paid, and [a student] still can’t read.

A: I’m not….I almost feel this was a once-in-a-lifetime thing. It represents so much to me that I’ve cared about as a journalist and as a person.

A: People keep saying, What would you do?...Mark Zuckerberg had a lot of naivete at the outset. He thought he saw what was wrong, how to fix it. Those of us on the outside don’t have the ability to script a fix.

What’s powerful is one charter school I saw up close. It got more per-pupil money to the school rather than the central administration. It used the extra money to build support around the kids and the teachers, so when crises happened in kids’ lives, the school was prepared to deal with them.

When kids struggled to keep up, they had resources for them. There were two certified teachers in the classroom for K-3, and a certified tutor per grade for K-3. When somebody couldn’t keep up, there was a tutor….

It seemed as if you can get more resources to the building, and use it in a way that supports learning and teachers, you can make a difference in a high-poverty environment.

I felt if there was a way to do a forensic audit of the money in the school districts, how traditional schools support principals and build strategic support for kids and teachers, it could make a difference. It’s saying to the community, you have to take the resources and address this, not have a model.

People say, What’s right, top-down or bottom-up reform? It’s a combination. You have to have the resources and run it well but also have support at the classroom and school level. That wasn’t the plan in Newark.