Edward Mendelson is the author of the new book Moral Agents: Eight Twentieth-Century American Writers. His other books include The Things that Matter and Later Auden, and his work has appeared in a variety of publications, including The New York Review of Books, The New Republic, and The Times Literary Supplement. He is the Lionel Trilling Professor in the Humanities at Columbia University.

Q: How did you select the authors you write about, and why do you call them “moral agents”?

A: A few years ago I wrote a book called The Things that Matter, about private, inner life as it was represented in novels by Mary Shelley, Emily and Charlotte Brontë, George Eliot, and Virginia Woolf.

I then got interested in the conflicts between private and public life, between inner beliefs and public images, and had the chance to write about these themes in some reviews for The New York Review of Books. The NYRB editor, Robert Silvers, knew about my interests and suggested that I write about some of authors I wrote about; I suggested a few others.

All these writers were 20th-century men, so my earlier book was all about women and my second about men, but the distinction had nothing to do with false ideas about masculinity and femininity.

All of the women I wrote about were intent on defending their unique inner lives because they knew they would be stereotyped as “women writers.” All the subjects of my second book were men because in the 20th century only men had the kind of public power that I was writing about. In the 21st century all this will be different. 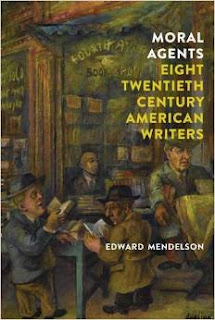 By “moral agents,” I meant people who made conscious moral choices, not people who were morally good. One theme of the book is that each of these writers chose his own life, that it would be a mistake to think of them as interchangeable products of a “culture.”

Q: You write of the authors that “all were troubled by the discordance between a mask and a face.” How did they reconcile their public and private lives?

A: The happiest and most artistically successful reconciled their private and public lives by withdrawing or refusing fame and honors. The unhappiest (Lionel Trilling, Saul Bellow) thrust their private selves into a kind of prison and tried to live up to their heroic public images. They got lots of admirers, but they tended to despise them.

Q: Saul Bellow, you write, “was driven throughout his life by his search for some ultimate and invisible spiritual reality.” How did that search affect him, and did he ultimately find what he was searching for?

A: Bellow was always looking for someone to guide him toward spiritual meanings, and he always admired Rudolf Steiner and Steiner’s German-Romantic mystical ideas. At one point, Bellow flew to England in the hope of making himself a disciple of Owen Barfield, Steiner’s most prominent English disciple. 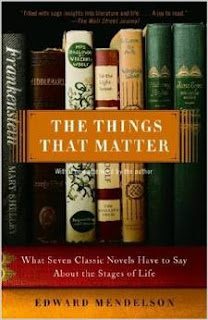 It always ended badly, because Bellow fantasized that other people had the kind of clarity that Bellow himself lacked, but he never stopped searching. His son reports that he had a well-thumbed New Testament next to his deathbed.

Q: You describe Alfred Kazin as “divided between two ideas of what it meant to be a Jew in America.” What were the two ideas, and how did he react to them?

A: Kazin sometimes (when he was confused or unhappy) believed that Jewishness was an ethnic or religious category, something collective that you were born into.

At other times (when he was clearheaded and purposeful) he thought that a Jew was someone who thought for himself as an individual, someone concerned with justice for all individuals. He said that Emerson made him a Jew—in the sense that Jewishness, for him, was a kind of Emersonian individualism.

Q:  You write, “The same habits of mind that kept [Norman] Mailer from writing a great novel made him a great journalist.” What were those characteristics? 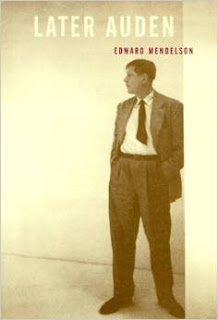 A: Mailer was a mythical thinker, always seeing individual persons as expressions of archetypes or myths. This meant that in all his novels, at least after The Naked and the Dead, his first, characters dissolve into archetypes that seem to have stepped out of adult versions of "Star Wars."

In politics, people respond to politicians as if they really are archetypes and mythical figures, and Mailer understood that better than anyone.

A: I’m slowly working my way through a book about what it means to be a unique individual person in the great poetic epics and epic novels from Homer through Melville. I’ve sketched chapters on the Iliad, Odyssey, and Aeneid, and Dante’s Comedy is next.

The idea behind the book is that it will be the third in a trilogy: The Things that Matter was about the private life, Moral Agents about the conflicts of private and public life, and this third book about the place of private experience in the context of whole civilizations.