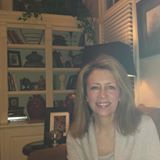 Deborah Mantella is the author of the new novel My Sweet Vidalia. Set in Georgia in the 1950s and '60s, it features a spirit child as the narrator. Mantella is based in the Atlanta area.

Q: How did you come up with the idea for your narrator?

A: More often than most realize, a child may be called upon to raise their parent in cases where the latter might be, in any number of ways, determined unstable. I wanted to examine this scenario from a different perspective—one less practical and more otherworldly.

To explore those possibilities I needed an omniscient narrator with a strong connection to the protagonist. And how much stronger of a connection can there be than that of a mother and her child, right?

A: From elements of the feminist and the civil rights movements including the opposition to court-ordered segregation in public schools in the South, the Sixteenth Street Baptist Church bombing in Alabama, Freedom Riders and student sit-ins, to JFK's assassination and the introduction of "the pill" as a form of birth control, this location and/or time period supplies many situations, events, and stands taken, that are even more difficult to reconcile in hindsight. 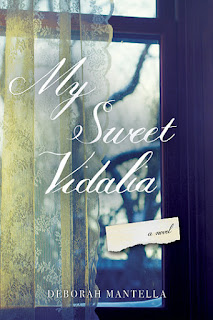 A: Though the story did take several unexpected turns as I got to know certain personalities better, I did know how the novel would end before I started it. Kind of.

Similar to getting better acquainted with a new friend or partner, developing a character's psyche is a process, with each situation unveiling a different aspect, an unfamiliar layer unearthed.

I can't say more than that without issuing a spoiler alert, Deborah, but I do admit I'd initially suspected at least one of my heroines would react differently than she did at some of the more critical junctures.

A: A fascination with the pushes and the pulls and often overwhelming strength of family ties—a magnetic field, be it good or bad—and of mother-daughter relationships in particular, and the myriad ways in which these alliances unfold has always intrigued me.

I am working on a book of short stories and a new novel which also deals with a mother-daughter relationship, though one less loving and more manipulative than the one portrayed in My Sweet Vidalia.

A: I believe that a life is a sum total of those choices made, and those not made. Due to unfit parenting, extreme poverty, a lack of education, or in cases of domestic abuse, certain beings are intentionally marginalized, deemed unworthy of choice. Sometimes all that is needed to free inherent strengths, long-denied, is a proper vehicle.

My hope is that my readers will come to see Cieli Mae as more than just your average spirit-child.