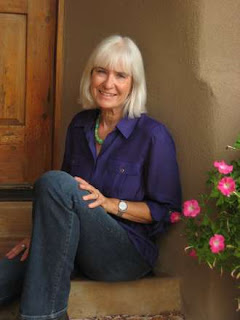 Lesley Poling-Kempes is the author of the new book Ladies of the Canyons: A League of Extraordinary Women and Their Adventures in the American Southwest. It focuses on various women who moved to the Southwest in the early decades of the 20th century. Her other books include the novel Bone Horses and the nonfiction work Valley of Shining Stone: The Story of Abiquiu. She lives in New Mexico.

Q: How did you come up with the idea for this book, and what surprised you most in the course of your research?

A: I know the book was there 10 years ago. I was writing and researching about Ghost Ranch [perhaps best known for its association with Georgia O'Keeffe] and Abiquiu. I’ve lived in Abiquiu; I’m familiar with this country.

What surprised me about Ghost Ranch was that a woman had founded it, Carol Stanley. No one talked about her…I started researching her. I couldn’t get into her story as much as I wanted. She was affiliated with other women, and none of their stories were known. They were in the Southwest as early as 1903-1904. That all surprised me.

I kept getting clues and glances from letters that there was a story yet untold about these women. There are so many gifts and treasures in their stories. When I start a nonfiction book, I’m never really sure it’s a book or a long essay. 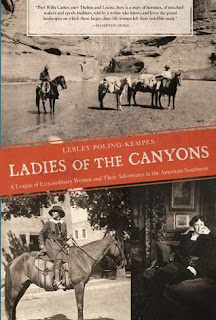 Q: You write, “It was the story of New Women stepping bravely into the New World, of Anglo America waking up to Native America, of inconspicuous success and ambitious failure.” What were the prevailing attitudes at the time among Anglo Americans toward Native Americans, and vice versa?

A: Anglo America, meaning the East and West coasts and the big cities—their attitude toward Native America was that it was primitive, it was backward, if they knew anything at all. Mostly they didn’t know anything, [just] whatever they read in dime novels. [They saw Native Americans as] at worst, savages, and at best, primitive.

That’s what these women were stepping into. Perhaps because they were women, and they had a sense of being kept down, there was a lot of empathy between the Anglo women who came to the Southwest and the Native people they came to know.

Q: In the West, you write, “even single women enjoyed more freedom of movement physically and socially than women in the conservative industrial centers of the East Coast.” What were some of the differences in women’s lives in the West vs. the East? 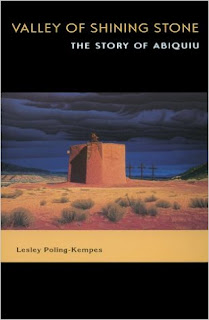 A: Certainly by World War I when a lot of the women in the book had arrived, there’s basic freedom—single women had to have someone travel with them, but in the West there weren’t the stigmas [associated with] being single. With divorced women, there was less of a stigma.

[Women had] more freedom to pursue their passions—freedom of expression, clothing, work, creating a house. Women of means, especially around Santa Fe, could create their own world.

It could look primitive to family back in Boston or New York—adobe huts, fewer possessions—[but] they all enjoyed that, not being identified with family wealth, as well as the freedom of choice, to be single, be married, whether they would work. It was a brave new world.

Q: Many of the women you write about were artists and musicians. Why did they choose to go West, and what are their legacies today?

A: The women I write about had substantial education, and enough money to do their exploration. They were seekers in their art. It was a gathering of people in the Southwest who were seekers, and who wanted to step outside industrial America…

They wanted a lifestyle where they could pursue their own expressions, be challenged by different spiritual traditions, and connect with the land and the people. If they were pursuing an art, there was plenty of space to do that in the West. Women painters were supported and appreciated…. 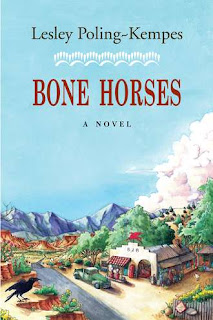 Q: And what do you see as their legacy?

A: It’s still alive here….As you go around Santa Fe and Taos, the landmarks of these women are everywhere, what they built and dreamed. What I love about New Mexico is it has retained the look and feel of 100 years ago…

A: I’m working on a sequel to my novel Bone Horses. After many years of researching and footnoting, it’s nice to be in fictionland again!

Q: Do you prefer fiction or nonfiction?

A: I always say I prefer fiction, but I’m really honored when I get a great story to tell like Ladies. I knew the book was there, but I didn’t do anything for five years; I knew it would be a lot of work. Finally I felt that they’re so interesting and they overlap, and they knew so many other amazing women, I knew I had to write it!...

A: I’m really excited about this book. I feel like it’s my book, but it’s really their book. I’m the storyteller of their story, and it’s a wonderful role.