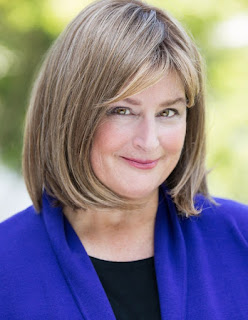 Sam Horn is the author of the new book Got Your Attention?: How to Create Intrigue and Connect with Anyone. Her other books include POP! and Take the Bully by the Horns. A messaging strategist, she is the president of Intrigue Agency. Her work has been featured in a wide variety of places, including The Tonight Show and The Washington Post. She is based in the Washington, D.C., area.

Q: How did you come up with your INTRIGUE concept, and what do you see as its most important ideas?

A: I had the privilege of helping to run the Maui Writers Conference—what Cannes is to the film world, we were to the publishing world--and the first day, a woman walked out of her pitch, tears in her eyes, and said she just saw her dream go down the drain. An editor had said, “Tell me in 60 seconds why [your book] is interesting,” and her mind went blank. She knew she had lost her opportunity.

I realized that talent and hard work matter, but if we can’t quickly get our point across, we’ll never succeed at the level we deserve.

How can we get it across? In my research, I found out about “INFObesity”[people trying to consume too much information] and about a Harvard study [revealing that] goldfish have longer attention spans than we do. So I understood that it’s not just about getting it across clearly, but about getting it across quickly, so impatient people with the attention span of a goldfish can [follow it].

The opposite of INFObesity is INTRIGUE. That’s how I came up with the concept. I turned it into an acronym—that gives it an organizational framework. Q: And what are a couple of things you find the most important about the concept of INTRIGUE?

A: If I were to pick one concept, E.M. Forster was asked the purpose of life, and he said, “Only connect.” We want to connect with people, but we often don’t. No one teaches us how to connect.
The goal of the book, and of INTRIGUE, is that it’s a two-way process. We connect about getting attention—people are busy, and choose to give us their time—and it’s also about giving attention: being intriguing and intrigued. When we do both is when we connect.

Q: You write that “if you can’t get people’s attention, you’ll never get their connection.” Has it become more difficult in recent years to get attention?

A: One hundred percent. That’s not just my opinion; there are lots of statistics and research. It’s become more difficult. There are 140-character tweets, there’s Snapchat. If you’re long, you’re gone.

A: You understand that the clock starts ticking the second we start talking...If we’re at work, and you say, “I need to talk to you about something,” people are in a state of anxiety [about how long the conversation will take]. You could say, “I know you’re busy, may I have two minutes of your time.” If we don’t take responsibility for people’s time anxiety, even if it’s important, we’re going to lose them. 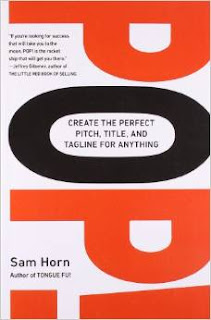 Q: One of the tactics you discuss is the use of humor. How can humor help in a variety of situations?

A: It’s called comic relief for a reason. When things are tense, when we’re in the midst of a conflict, or a serious situation, the role of humor is a relief. We can get along.

Often people say, “But I’m not funny.” We all have funny things happen around us. We can keep our antenna up for what makes us laugh.

I was in the San Francisco airport, and here comes a very tall man. …When he came closer, I saw that his T-shirt said, “No, I’m not a basketball player.” On the back, it said, “Are you a jockey?”

I laughed, and wanted to connect with him. He told me he grew a foot between the ages of about 13 and 16, and everyone was making smart-aleck remarks….[In response] he has a whole closet of shirts [that he wears, with similar messages].

We can be frustrated by something, but coming up with comebacks if people say something that might offend us, thinking about the power of using humor, you’re turning a person from an adversary into an ally.

Q: Another strategy in the book is the use of real-life examples—something you just did in the last answer! What are the benefits of this approach? 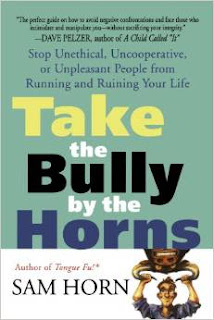 A: If you want to connect, replace an explanation with an example. When you hear “For example,” you perk up. You’re in the real world now.

I was a pitch coach for Dolphin Tank, a kinder version of Shark Tank. A woman was trying to get funding for a hook in a car to put your purse on. I thought, “Really?”

She was smart. She hauled in a full-size car seat to the front of the room, and put her hands on an imaginary wheel, and said, “Have you ever been driving along…and your purse falls off [the seat]”? A man stood up and said, “I’m taking two!”—one for his wife and one for his daughter. She went from “Really?” to “I’m taking two!” in 30 seconds…

A: I’ve always been drawn to water. I’m setting off on a year-long adventure, visiting [places including] the Florida Keys, Niagara Falls…and writing about it: water as a metaphor for what really matters. I will continue to speak and consult, but I’ll do a lot more writing.

A: I’m hoping the book practices what it preaches. People may think, “I’m too busy,” or “I don’t pitch.” One reason people endorsed it is that all the chapters are under 10 pages. You can dip in, and use it in your personal life or your professional life—and transform the results.

It’s not just hearing, “I landed a $10 million deal,” or, “I landed a book deal.” It’s equally moving to me when someone says, “I can finally explain to my 8-year-old son what I do so he can understand.”

I hope [readers] find it will change the way they communicate with people, and help them connect.