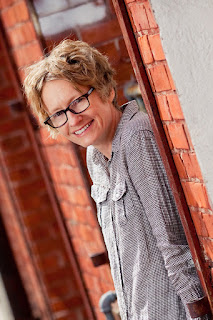 Amy Stewart is the author of the new novel Girl Waits With Gun. Her other books include The Drunken Botanist and Wicked Bugs. She lives in Eureka, California, and she and her husband own the bookstore Eureka Books.

Q: How did you first learn about Constance Kopp, and why did you decide to write a novel based on her life?

A: I ran across this story while I was doing research for my last book, The Drunken Botanist. I was writing about a gin smuggler named Henry Kaufman and I wondered what else he might have done.

I found a 1915 New York Times article about a guy named Henry Kaufman--I never did figure out if it was the same man--who ran his automobile into a horse and buggy being driven by these three sisters in Paterson, N.J. That set off a conflict that eventually led to kidnapping threats, shots being fired at their house, and arson attempts.

Now, this often happens with research--I'll stumble across something by accident and think, "Oh, that's interesting" and just hang onto it in case it turns into something more.

In this case, I kept digging, and by the end of the day I had a stack of newspaper clippings that all added up to a very interesting story. I couldn't believe that no one had written a book about them. I knew all at once that I had to do it, and that it had to be a novel. 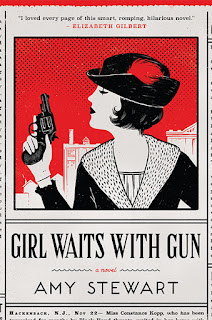 Q: Why did you decide to tell the story in the first person, and how did you create her voice?

A: I was drawn to Constance, the oldest sister, right away and felt very connected to her. I didn't really consider any other point of view. I did try a few pages in the third person and it just felt very flat to me.

I have a very specific idea about her voice. She was born in the late 1800s, so she would have had a bit of ornate Victorian influence. Her parents were immigrants, so she might have had a trace of an accent and some slightly awkward ways of phrasing things, but she grew up in Brooklyn.

By the time our story gets going, it's 1914 and the beginning of the modern era, when speech got to be a little more straightforward and clipped, but still a bit odd to our ears.

I also had a sense of how she might have spoken out loud. I think she would have been very declarative and forthright, and I wanted her voice to sound like she was telling the story out loud. I try to avoid language that sounds too "written" for that reason.

To find that voice, I read a lot of books written at the time--novels, nonfiction, and also transcripts of speeches, which are very easy to find online. Of course, I read loads of newspaper articles and I do have a few direct quotes of hers and one letter written by her. 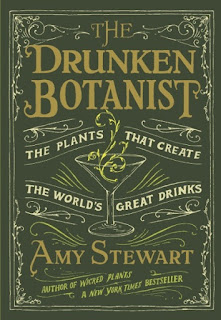 Finally--and this will sound a bit odd--I pulled out a home movie of my great-grandmother talking at a family gathering about 20 years ago. She was in her late 80s at the time.

She was born in 1905 in Pennsylvania, so she was the only living person I knew personally who would have developed her speech patterns at about the same time, and not too far from New Jersey.

She spoke in a clear, ringing, almost musical voice, and she was always very forthright and composed. She had a voice that could carry all the way across the room, and there was nothing hesitant or shy in her speech.

I watch that tape a lot and think about how differently a woman like Constance might have spoken as compared to women today.

Q: What did you see as the best blend of fiction and reality as you wrote the book?

A: I had a rule: If it really happened, it stayed in the book. I changed a few minor things about peripheral characters, but the major events all really took place. I used fiction to fill in the gaps between those real events.

Even some minor characters are real, such as the handwriting analysis expert William Kingsley. He really did work on the case, and he really was a leading expert in the use of handwriting analysis in court cases. In the back of the book, I give readers an explanation of what really happened and what was fiction.

Q: Can you say more about how you conducted your research? 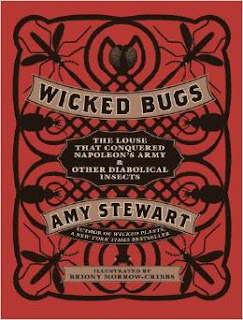 A: I did tons of newspaper research, both online and by looking through microfilm in library basements. I pulled courthouse records, birth certificates, land deeds, wills--any document still on file in a courthouse somewhere is in my files.

I used Ancestry.com to put together their family tree and see where they were living throughout their lives. And, thanks to Ancestry, I tracked down some living relatives and was able to interview them about their amazing great-aunts.

And of course, I just spent a lot of time walking around Paterson and Hackensack to get a feel for her world.

A: More Kopp sisters!  Their adventures continued in real life, and they will continue in fiction! Stay tuned.

A: I'm about to be all over the country doing book tour events, and I'd love to see you there. Here are the dates: www.amystewart.com/events/.