Jabari Asim is a poet, playwright, and author of books for both children and adults, including Fifty Cents and a Dream, What Obama Means, The N Word, Boy of Mine, and Girl of Mine. He is an associate professor at Emerson College, is editor-in-chief of The Crisis, the NAACP's journal, and worked for many years at The Washington Post. He lives in Boston.

Q: At the end of your book What Obama Means, published in 2009, you write, "While this extraordinary, unforgettable time may not be the end of striving, it is, at the very least, a beginning of unparalleled promise." Four years later, do you think Obama's presidency has lived up to the promise with which it started? Why or why not? 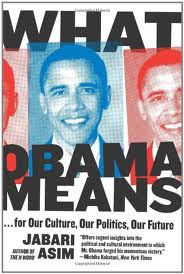 A: I think I was referring to the nation’s promise as opposed to Obama’s. Civil and racial progress in our country has always proceeded by inches not feet, and even then has been subjected to the pendulum-swings of public attitudes.

Unfortunately, Obama’s presidency has not altered that. On the up side, Obama has done quite a bit in terms of policy to advance the cause of civil rights and, more specifically, African Americans and other racial and cultural minorities. 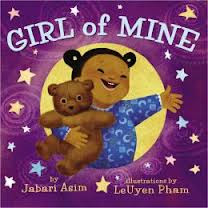 For example, he has signed laws that enforce fair pay for women, broaden federal jurisdiction over hate crimes, reduce the disparity between prison sentences for crack and powder cocaine possession and boost Pell Grants for needy college students. Under his leadership, the Department of Agriculture negotiated a landmark settlement for black farmers. Right now, his Justice Department civil rights division is the only thing standing between minority groups and widespread voting-rights suppression.

On the down side, fringe groups have continued to proliferate (often financed by would-be billionaire policymakers) and, in some instances, even influence mainstream conservative thought, thereby tragically undermining our tradition of honorable, principled opposition. We’ve come a long way and still have a long way to go. 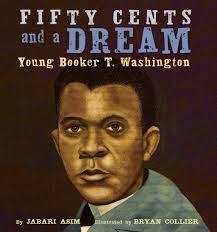 Q: Your most recent book, Fifty Cents and a Dream, is a children's picture book about Booker T. Washington. Why did you decide to write about Washington, and why for children?

A: Certain things about Washington had long haunted me: his long walk to Hampton Institute and, especially, his memory of standing outside his mistress’s classroom as a young boy, watching white students through the window.

In his memoir Up From Slavery, he compared entry into such a classroom with “getting into paradise.” I so loved that phrase that for years I took notes toward a project that would have it as a title. That project never bore fruit, but the image of young Booker watching through the window continued to resonate. The children’s book arose from that image.

Q: In your book The N Word, you write, "For much of the history of our fair Republic, the N word has been at the center of our most volatile exchanges." Do you think it will continue to play such a major role?

A: I would prefer that it didn’t. But in just the past month or so we’ve had N-word controversies involving celebrity chef Paula Deen and pro football player Riley Owens, and next month there are likely to be others. The resulting discussions suggest that the epithet will continue to have a long shelf life.

Q: You have written fiction, non-fiction, children's books, poetry, and plays. Is there one genre that you prefer? 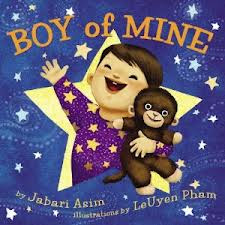 A: I really like working in a variety of genres, although poetry remains my first love. I tend to be most enamored with the genre that I happen to be working in.

A: I have a children’s book under contract that I’m sure will require some revision. I’ve also completed a poetry manuscript. I’m hopeful it will find a home. And I’m at work on a pair of plays, both of which will require musical accompaniment. I’ve got a full plate but I couldn’t be happier.

A: I’m up to my neck in nonfiction books right now because I’m one of the judges for the National Book Awards. It’s both humbling and thrilling to realize that so many writers are writing brilliantly about a stunning variety of subjects. The experience is definitely sending me back to the drawing board.