Kavita Daswani's novels include For Matrimonial Purposes, The Village Bride of Beverly Hills, and Bombay Girl. A journalist who has written for The South China Morning Post and Women's Wear Daily, among other publications, she lives in the Los Angeles area.

Q: You have written fiction for adult and young adult readers. What are the differences (and similarities) in how you write for each audience, and do you prefer one type of writing to another?

A: My first three novels were women's fiction, and then I switched to YA at the suggestion of a New York editor at a big publishing house. I followed that up with another YA book (Lovetorn), but my next three that I'm committed to are back to women's fiction. 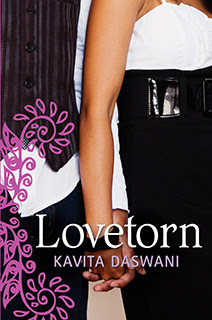 In many ways, I suppose it's easier for me to write adult books because, in truth, I was a teenager such a long time ago, and being a teenager is so vastly different now to what it was when I was growing up, that it's a bit like learning a new language. But a good story is a good story, and good writing is good writing, and once an author can lock into a particular voice -- whether that protagonist is 16 or 46, it shouldn't really matter.

Q: In addition to your novels, you also work as a journalist, covering the fashion industry, among other topics. How do you structure your time to include both journalism and fiction-writing?

A: It gets tricky!  Most of my day-to-day work is as a freelance journalist; I write for several different newspapers and magazines around the world, and it's a ton of fun. I've been doing it since I was 17 and I can't imagine ever stopping.

It keeps me engaged in the world on a daily basis, dealing with editors and publicists and scheduling interviews and pitching stories. I love the regularity of it. Novel-writing is much more isolated.

How much I devote to both depends on how pressing my deadlines are:  when I'm under contract for a new book, I do 1,000 words a day, or an hour a day, whatever comes first.  The rest of my time I put towards my feature-writing. I tend not to work more than three hours a day anyway, as my husband and I home school our kids.

Q: Your website describes your novel Bombay Girl, published last year, as your "first book written specifically for the Indian market." How would you differentiate it from your other books? 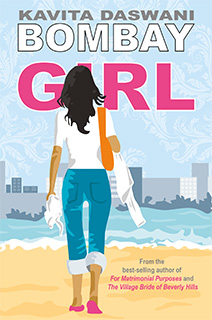 A: My other books have been published in the U.S., and internationally. With Bombay Girl, knowing the readership would be entirely Indian (although it has also been published in France), I could really focus in on the very specifics of a particular lifestyle in a particular city in the world,  making references and hewing to a sensibility that I knew people there would immediately resonate with. Not that readers elsewhere wouldn't necessarily get it: I just found I had less explaining to do.

Q: Among all the characters you've created, do you have any particular favorites, and if so, why?

A: I love the protagonist Priya, from The Village Bride of Beverly Hills, because she's vulnerable and smart and is so good at balancing all the different aspects of her life. I also like Shalini in Lovetorn, who loves her family and always tries to do the right thing yet is dealing with so many different conflicts. 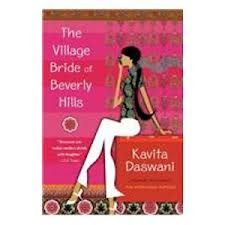 A: I'm just about finished with the edits on the sequel to Bombay Girl, which should be out early next year, again through Harper Collins India. And I've recently signed for another book, again with a big publisher in India, which is due to them in February 2014. After that, I have the final book in the Bombay Girl trilogy to get started on. And I've just started a new YA book that is different from anything I've ever done, so we'll see what happens with that.

A: Everyone should have a go at writing something, just for the act of putting pen to paper and doing it. You never know where it could lead.