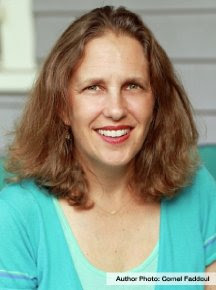 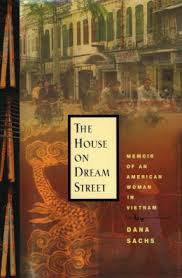 It first captured my imagination because I went there thinking only of the place as a setting for a terrible war and discovered, instead, a complex and thriving nation with a dramatic history and rich culture. If a subject is fertile in your imagination, then the more you learn about it, the more intriguing it will become to you.
Vietnam’s culture, history, language, and people have continually inspired me, which is why I returned to it in my novel, If You Lived Here, and my nonfiction book The Life We Were Given: Operation Babylift, International Adoption, and the Children of War in Vietnam.
My most recent novel, The Secret of the Nightingale Palace, is not about Vietnam. In fact, I made a promise to myself that the word “Vietnam” would not appear at all. I know, it’s a weird challenge! I wanted to see how it felt to write about something else.
Happily, I found other things to inspire me—Japanese printmaking, 1940s San Francisco, World War II, mid-20th Century women’s fashion—so I discovered that I can find other subjects that intrigue me.

I have to add, though, that I couldn’t stay away from Vietnam for long. In my new novel (see below), one of the main characters is Vietnamese and another one, an American, lives in Hanoi.
Q: You've also collaborated with your sister, Lynne Sachs, on a film about Vietnam. How did that project come about, and what was it like working with a family member?
A: I was living in Hanoi in 1992 and Lynne, who is a documentary and experimental filmmaker, came to visit me. We never planned to make a movie, but as we travelled together through the country, she shot film.
After she returned to the States, she called me and said that she had all this evocative footage. Did I want to make a documentary with her? So we started working long distance on the film that eventually became Which Way is East. I’d interview people and write sections of the narrative in Hanoi and she’d work on editing the actual film in the United States. After I returned home, we finished it.

It was really interesting to work with a family member. As a writer, I mostly work alone. Filmmaking is more collaborative. The process actually revealed a lot about our characters as human beings and there was a natural tension between us (sometimes testy, but usually good-natured.)
I had more of a journalistic attitude, wanting to capture as much as we could of people’s real-life experience. Lynne was more aesthetic. She wanted to make sure the film looked and sounded beautiful. I hope that, when people see it, they’ll feel that the creative tension was productive for the film, and that it does both.
Q: What changes have you seen in Vietnam over the years that you've been traveling there?
A: Oh, so many. The obvious are things like the increase of motorbikes and cars on the streets (almost everyone rode bicycles when I first went there in 1990), fancy new restaurants, fashionable clothes. 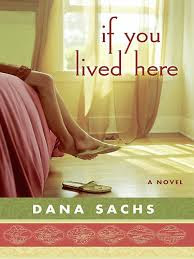 But I think that, in many ways, the most important changes are less obvious. For example, people used to have so much free time (for years, very few Vietnamese people had work that actually produced a viable income). I learned to relax in Vietnam. I mean, really relax, like spending all afternoon sitting on a front stoop watching the traffic pass by.
My friends can’t do that any more. They’re really busy. When I go visit, they need to schedule me in on their iPhones in order to make time to see me. It’s a good sign that the economy has improved, but I do miss that time on the stoops. I notice that sense of nostalgia in my friends as well.
Q: The Secret of the Nightingale Palace centers on a difficult relationship between a grandmother and granddaughter. How did you create these characters?
A: Well, the grandmother, Goldie, is based on my own grandmother, Rose, who is 101 years old this year. As people can see when they read the book, she’s a force of nature: tough, single-minded, outspoken, and extremely well-dressed. 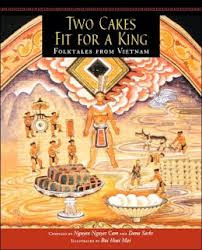 I started out writing the novel by thinking of my grandmother and trying to imagine her youth, but the story itself quickly evolved away from her actual story and into something very different. Goldie’s personality comes from Rose, but her life story comes from my own imagination.
And, by the way, I did not base the character of the granddaughter, Anna, on myself. I suppose, though, that all fictional characters are, in some sense, the offspring of the authors who created them.
Q: What are you working on now?
A: A new novel, which is tentatively titled Happy in Budapest. An American diplomat begins to show signs of a rare form of dementia, and his two adult daughters try to figure out what to do to help him.
As you probably guessed from the title, it takes place in Budapest, and it’s also about art nouveau design, Raoul Wallenberg, tour guides, neo-Nazis, sperm donors, and an exceedingly difficult piece of piano music, Franz Liszt’s transcription of Richard Wagner’s Tannhauser Overture. I’ve been on a research binge to write it, which has been quite glorious.
Q: Anything else we should know?
A: Since this is a conversation about books, and since I have benefitted from so many great recommendations myself, let me suggest a few terrific authors. One is the British novelist Jane Gardam, who has written loads of books but seems to have only recently begun to achieve widespread fame. I’ve just devoured the first two books in a three-book series, the first of which is Old Filth.
I also, belatedly, just read my first novel by Wallace Stegner, Crossing to Safety, which is so wise and beautiful that, after reading it, I felt I was seeing the world in an entirely new way.
Finally, since my own work has particular focus on Vietnam and, more recently, Hungary, two really wonderful authors from those countries: The Hungarian author Imre Kertesz, who won the Nobel Prize for Literature (his novel Fatelessness is a profound and, oddly enough, often funny take on the Holocaust) and the Vietnamese author Nguyen Huy Thiep (along with Nguyen Nguyet Cam, I edited Crossing the River, a collection of his short stories translated into English). Like Kertesz, Thiep has a dry, funny tone that reveals so many layers of complicated humanity that I find myself turning back to his stories again and again.

--Interview with Deborah Kalb. This interview can also be found on www.hauntinglegacy.com.
Posted by Deborah Kalb at 1:33 PM