Kim Fay is the author of the novel The Map of Lost Memories and the food memoir Communion: A Culinary Journey Through Vietnam. She created and edits the To Asia With Love guidebook series. Fay, who resides in Los Angeles, lived in Vietnam for four years and travels often to Southeast Asia.
Q: How did you come up with your main character, Irene Blum, in The Map of Lost Memories?
A: This is always a difficult question for me to answer. Each character in my novel has a specific inspiration … with the exception of Irene. One day she simply existed when I found myself writing a scene about a twelve-year-old girl searching for “lost treasure” in the manor house of an old family friend.
Because Irene first came to me in her youth, rather than as the 29-year-old woman she is throughout the majority of the book, I suspect she owes her existence to Nancy Drew. As a girl, I admired Nancy’s independence, curiosity and determination. Of course, Irene is far less noble than Nancy—Nancy would never rob a temple, no matter how justified she felt!
But I wanted Irene to be an authentic product of her time. During the 1920s, it was acceptable for Westerners to appropriate the relics of countries they considered to be uncivilized and therefore unworthy caretakers of their own cultural treasures, and so Irene often behaves in ways that are unsavory by today’s standards.
Q: What type of research did you need to do to evoke Cambodia and Shanghai in the 1920s?
A: This time period was long familiar to me. My grandpa was a sailor in the South China Sea in the early 1930s, and his favorite place was Shanghai. Not only did he tell me stories of his experiences there, he had numerous photographs. As a young girl I became fascinated with that part of the world, and by the time I started The Map of Lost Memories, I had been reading about it for decades. 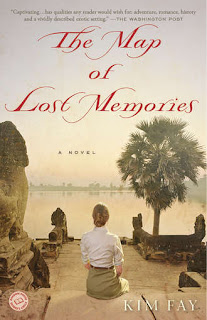 As for research specific to my novel, I relied on period travel narratives, history books, old photographs and personal experience—visiting each location in the novel. Because The Map of Lost Memories was started in the 1990s, many of the settings in Cambodia, Vietnam and Shanghai still looked as they did in the 1920s. This is not the case today, as many historical buildings have been torn down.
Q: You also have written about Vietnamese food. Why did you decide to focus on that topic in your book Communion?
A: Having lived in Vietnam for four years, from 1995-1999, I wanted to write a book that would express my love for the country while giving me the opportunity to deepen my knowledge of it. While I had many memorable experiences living there, I didn’t feel that a straightforward memoir was the right path for me to take.
But as a foodie whose friendships in Vietnam were most often developed in kitchens and at the table, writing a food book made sense. Once I began researching, I was hooked. The country’s cuisine turned out to be an ideal way to explore the nuances of Vietnam’s culture and history.
Q: What draws you to Southeast Asia, and how did the To Asia With Love guidebook series come about?
A: As I mentioned, my grandpa traveled in Asia as a young man, and his stories sparked my own interest in the region. I first traveled there when I was 22, and I was smitten. I loved the humidity, the food, the smell of incense at dawn and jasmine at dusk, the rich histories, the unique cultures and—when I finally moved to Vietnam—the people. I felt so at home. 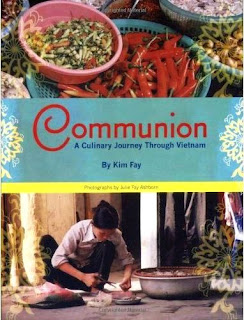 While I was living in Vietnam I started writing for a small specialized magazine called Destination: Vietnam. The magazine evolved into a website, and the website into the boutique ThingsAsian Press.
By this time I had developed a strong working relationship with the publisher, and he asked if I had any book ideas I would like to pursue. I had been toying with a guidebook concept for a while—one that combined travel essays with factual information.
Each book would rely on approximately 50 experts, people who lived in-country or had traveled to a country often. Each person would write personal stories about favorite experiences not typically found in guidebooks, and these stories would be paired with fact files so that readers could follow in the writer’s footsteps. I was fortunate to have a publisher willing to take chances, and now the To Asia With Love series is up to eight volumes.
Q: What are you working on now?
A: There will be a sequel to The Map of Lost Memories, but it is simmering on the back burner while I pursue another novel that has been begging for my attention for a few years. Having studied various aspects of Vietnam’s history, I am fascinated with the late 1950s, that time of transition between French colonial rule and America’s ill-guided and fatal meddling.
Using a pivotal few years as the anchor, my new novel is told from the point-of-view of an American culinary anthropologist who was born in Vietnam to sociologists in 1937. When her closest friend, the granddaughter of the head chef for Vietnam’s last emperor, is murdered, she attempts to put the pieces together. As she solves the mystery, I hope to explore mid-twentieth-century Vietnam while telling a compelling story at the same time.
Q: Anything else we should know?
A: The Map of Lost Memories has been marketed as a literary adventure novel, a suspense novel and a mystery novel. While it does contain all three of these elements, it is not a fast-paced book. Its pace reflects the time in which the story takes place—the 1920s—before jets whisked people halfway around the world in a day and the Internet put information at our fingertips. It spends a great deal of time developing characters, exploring history and immersing readers in a sense of place. As such, this is a novel for those who want to embark on a leisurely journey through Shanghai, Saigon and the Cambodian jungle.
--Interview with Deborah Kalb. This Q&A also appears on www.hauntinglegacy.com.
Posted by Deborah Kalb at 9:06 AM