Therese Anne Fowler is the author most recently of Z: A Novel of Zelda Fitzgerald, and also of the novels Exposure, Souvenir, and Reunion. She lives in North Carolina.

Q: Why did you decide to write about Zelda Fitzgerald, and why a novel as opposed to a biography?

A: Zelda has been misrepresented in popular culture almost since the day she and Scott came to New York City to be married in 1920. Some of this is due to the games she and Scott played with the media at the time, but most of it has other, less benign origins. She’s been dismissed, disregarded, underestimated, maligned, turned into a caricature… I found this unfair and disheartening, and was compelled to write about her in order to help set the record straight.

Why a novel? Well, some excellent biographies about her exist already, so I didn’t feel I could add anything by producing another one. Also, while biographies are wonderful sources of information and insight, they don’t tell a person’s story the way a novel can—indeed must—do, and I am a lover of stories, much as Zelda was. The most compelling reason for me to write about her using fiction, though, was that I wanted to give Zelda a voice, a chance to tell her side of the story. 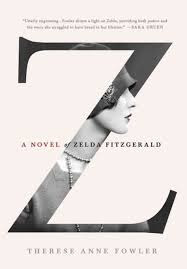 Q: How did you do the research for the book, and did your work on this project change your view of the Fitzgeralds?

A: It’s the good fortune of anyone interested in the Fitzgeralds that they were great chroniclers of their own lives, and that their daughter Scottie was generous about sharing their collection of ledgers, photos, newspaper clippings, letters, and assorted other souvenirs with biographers, Princeton University, and the public (e.g. The Romantic Egoists). Biographers have made extensive use of these resources, as I did, and then I made extensive use of the numerous biographies written about both Zelda and Scott.

To help me better understand their lives, I also read a number of biographies and articles about Hemingway, Gerald and Sara Murphy, Sara Mayfield, Sara Haardt Mencken and her husband H.L. Mencken—really, anyone who figured prominently in Zelda’s life.

And then of course I read all Zelda’s own writings, as well as most of Scott’s.

My view of the Fitzgeralds was dramatically altered by all of this. Scott became less of a literary icon and, instead, more of a flawed, troubled—but also brilliant, in some ways—human being. Zelda was no longer simply the “crazy” flapper wife of that icon, the woman who’d supposedly ruined Scott’s career. She became, instead, the complex, sympathetic woman I’ve portrayed in the novel.

Q: Z is something of a departure from your previous novels, which were set more or less in the present time and did not focus on a particular historical figure. Do you prefer one type of writing to the other, and if so, why?

A: It’s true that my early novels are all more or less contemporary stories, made up entirely of fictitious characters, whereas Z is an historical, biographical novel. I made the change because my own interests are evolving and I wanted to write novels that are more in line with what I myself prefer to read. 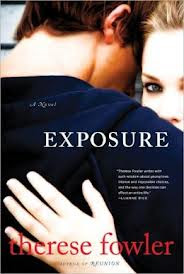 Q: You have written about how your novel Exposure was based on an experience your own family faced, when your son was arrested for "sexting." How difficult was it to write that novel, and what was your family's response to it?

A: Although everything in Exposure is fiction, there was a kind of catharsis for me in the writing of it, which occurred in part during the months in which we were waiting for my son’s case to resolve. (The charges against him were eventually dismissed.) While things were pending, I couldn’t discuss the details with anyone but my closest friends, and I had a lot of frustration about that and the legal process and the situation in general, which was ludicrous.

I wouldn’t have published the book without my son’s consent and support. The wider family’s response was positive and supportive as well.

A: Yes, I’ve been researching and have begun writing my next book. This early in the process, I’m reluctant to say much about it. But I will tell you that it’s historical and was inspired by one of my all-time favorite novels, Vladimir Nabokov’s classic Lolita.

A: Some fun trivia in connection with my new project: Nabokov and I share a birth date (April 22) but due to adjustments in the Gregorian calendar, he elected to celebrate it as April 23rd in order to match Shakespeare’s probable birth (and actual death) date.

With regard to Z: I’m hearing from readers that they’ve enjoyed pairing the book with viewings of the new Baz Lurhrmann adaptation of The Great Gatsby—getting the story behind the story, so to speak. I have to say that re-reading and watching Gatsby has been a rewarding and intimate experience for me, too, now that I know both Fitzgeralds so well.