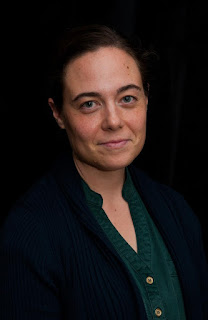 Kyra Wilder is the author of the novel Little Bandaged Days. She lives in Switzerland.

Q: What inspired you to write Little Bandaged Days, and how did you create your character Erika?

A: The background for the book came both from the research I did for my master’s thesis on the disturbing mother figures in Victorian sensation novels, and from my own experience of having small children and moving to Geneva.

As far as Erika goes, this is cliché, but I don’t feel like I created her at all. One day she was just there in my head talking to me. She never had a name the whole time I was writing the book, she was just there with me, going on and on about cooking fish and picking out avocados.

I only realized she needed to have a name when I was trying to write summaries of the book to send out to literary agents. So I gave her the same name as the main character in The Piano Teacher by Elfriede Jelinek, another protagonist who tends towards bad behavior on European-city trams.

Q: In a review of the book in The Guardian, Daisy Hildyard called it "gripping, composed, observant, wonderfully written and extravagantly cruel." What do you think of that description?

A: I love it, it’s everything I could have hoped for. Daisy’s review has been a total highlight of the publishing process. 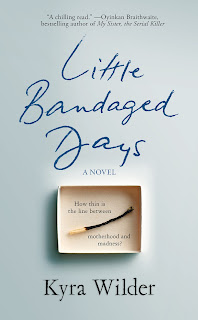 I think she’s absolutely right too - it is a cruel book, or at least at times it can be. I know it can be a hard book to read. I was trying to create an experience, trying to get inside this one woman’s head, even more than I was trying to write a story about what happened.

Sometimes the project of writing the book felt a little cruel too, like I was pinning down this person who was hiding something and slowly picking her apart. Which, I suppose I was. I think there’s a balance to the cruelty though, which is that it’s also a book about a woman who is having a hard time but still trying her best.

As a bonus, The Guardian review got me reading Daisy’s book, The Second Body, which is absolutely stunning.

A: I had no idea how the book would end when I started it! I was just writing down sentences and seeing where they went.

I remember this overwhelming moment though when the ending clicked for me. I wasn’t even thinking about Erika at the time, I was just driving towards the lake. It was one of those gorgeous days in Geneva when the sun bounces off the water, and it hit me, this awful, I-don’t-think-this-is-going-to-be-ok, feeling about it all. It was one of those surreal moments where the characters take over and you just sit back and watch.

A: I took the title from Emily Dickinson’s poem “The Soul Has Bandaged Moments.” It’s a great poem and it’s really integral to the book for me.

As others have pointed out in their analyses of the poem, bandages signal both injury and safe keeping. The location of a wound, and its concealment. Erika is pointing at something in Little Bandaged Days, but she’s also covering it up. She’s torn between the desire to disclose and her inability to take stock of herself. She wants to talk, but she can’t look herself in the eyes.

The title also evokes for me those strange quiet days with young babies where we’re tired and tender and constantly swaddling and re-swaddling them.

The last lines of the poem deal with what can and cannot be said about the things that haunt us, so it’s not just the title of the book that is tied up with “The Soul Has Bandaged Moments”, but the ending as well.

A: I’m working on a modern-day take on the Hesperides - three girls trapped in a garden at the Western edge of the world. There are dogs and golden apples and social theory and caves and of course, a dragon just like in the myth.

A: Just that I’m incredibly grateful to all the people who helped me turn Little Bandaged Days into the book it is, and to the people who have reached out to me after reading it. It’s been amazing, thanks!