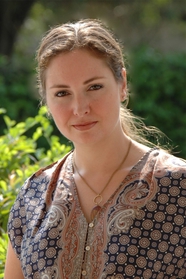 Erin Lindsey is the author of the Rose Gallagher historical mystery series, which includes Murder on Millionaire's Row, A Golden Grave, and, most recently, The Silver Shooter. She lives in Calgary and in Brooklyn.

Q: What was the initial inspiration for your character Rose Gallagher?

A: I think Rose developed fairly organically from my research of the setting.

I knew I wanted her to be a young housemaid, and to be intrepid enough to go searching for her missing boss, but beyond that very rough sketch, I don’t know that I had a clear idea of who Rose was until I started researching the Five Points area of New York City in the 1880s, which is where I wanted to set the story. 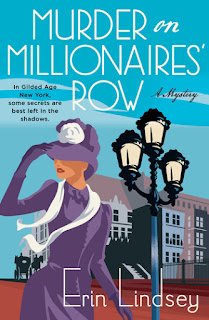 That particular neighbourhood was still heavily Irish at the time, with an increasing number of Chinese and Italian immigrants joining the mix, which informed the characters of Rose, Mei, and Pietro, respectively.

After that, it was really about finding the voice for the character. This was the first book I’d ever written in first person, and it ended up being more challenging than I’d anticipated. You have to really inhabit the voice fully from the very first line.

And it so happens that the first line of Book 1, Murder on Millionaires’ Row, just sort of came to me one day, and I think it really set the tone for Rose.

“As I tell you this story, I’ll thank you to remember that I was young and in love…”

Q: How do you think Rose has changed over the course of the series? 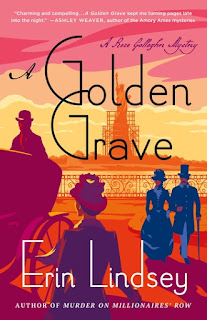 A: Rose has actually developed a lot over the course of the three books, from a naïve young housemaid to a seasoned Pinkerton agent.

When we meet her, she’s clever and resourceful and pretty sure of herself, but she quickly realizes she’s bitten off more than she can chew, and that feeling certainly doesn’t go away overnight.

She has a difficult time transitioning from working-class housemaid to respected professional operating in high society circles, and Book 2, A Golden Grave, really brings that out. She feels like she has a lot to prove, and she makes some rash decisions because of it. But she also learns to recognize and value some of her own unique talents.

By Book 3, The Silver Shooter, she’s starting to come into her own as an agent, without having to rely so much on her partner, Thomas. She still feels like she has a lot to prove, but these days it’s more about proving to herself that she can live up to her own dreams.

Q: What do you see as the right mix of history and supernatural forces in the books? 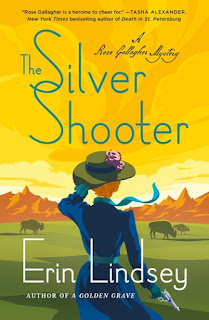 A: I don’t think there’s a “right mix” per se; it really depends on the story. The balance is actually quite different between the three books, with Murder on Millionaires’ Row probably having the heaviest dose of the supernatural and A Golden Grave probably having the least. The Silver Shooter is somewhere in between.

At the end of the day, though, the mysteries Rose and Thomas are called upon to solve are very human and relatable. They always boil down to the usual real-world motivations – greed and revenge and ideology and so forth – and the supernatural elements are really just added spice.

Q: Do you usually know how the books will end before you start writing them, or do you make many changes along the way?

A: It’s both, really. I have a pretty clear idea of the endgame, and sometimes I’ll plot out virtually the whole book in advance – only to make changes, often major ones, along the way. I think of my outline as more of a compass than a road map, and I’ll happily take a detour if I think it makes for a better ride.

One of the things I love about writing is how your own characters can surprise you with the decisions they make. That can lead to some unanticipated places that make for better drama and more fun.

A: Rose #4 is in the early stages, and I’m finishing up a fantasy novel that I’m really excited about. Stay tuned!