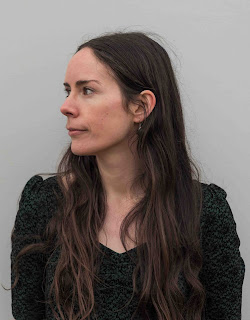 Catriona Silvey is the author of the new novel Meet Me in Another Life. She lives in Cambridge, UK.

Q: What inspired you to write Meet Me in Another Life, and how did you create your characters Santi and Thora?

A: The inspiration for a book usually comes from a question that I don’t know how to answer. I then write the book as a way of having an argument with myself.

For Meet Me in Another Life, the question was: can two people ever know each other completely? That led me to the idea of characters who meet again and again in different versions of their lives.

Characters tend to come to me fully formed, and Santi and Thora were no exception. They had actually shown up in a previous story, but when I had the idea for Meet Me in Another Life, I realised their clashing perspectives and multifaceted relationship made them the perfect protagonists for this book.

Q: The novel is set in Cologne--why did you choose that setting, and how important is setting to you in your writing?

A: I knew from early on that the characters always met in a city where neither of them belonged. The Hohenzollern Bridge, covered in “love locks” left there by thousands of couples, is also a symbol that shows up repeatedly through the story. There’s another reason it had to be Cologne, but you’ll have to read the book to find out! 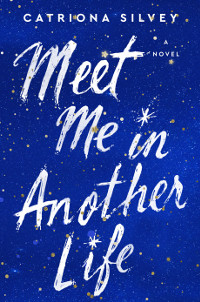 Setting is very important to me: as a reader and a writer, I like to be immersed in the fictional world with the characters. While my version of Cologne has some differences from the real city, I did visit to try and get a feel for the atmosphere (and of course sample the local beer!)

A: I had a broad idea, but the specifics definitely changed along the way. I’m very much a rewriter – I write the first draft to find out what the story is about, and it only really takes on its final shape during revision.

A very important part of this process is feedback – I’m very lucky to have an agent and editors who are incredibly smart and perceptive to help me get there.

A: As I said, I think of the book as an argument: Thora and Santi have very different attitudes to their situation, and that leads them to respond to it in different ways.

I hope readers find themselves sometimes agreeing with Thora, sometimes with Santi, and that they maybe find their own perspective changing along the way.

A: I’m working on my next book, a time-travel romantic comedy set in Cambridge, UK, where I live. It’s sometimes been difficult during the pandemic to work on something so light-hearted, but I tell myself readers need upbeat books to help get them through times like these!

A: Music is an important part of my writing process: as I plan a book, I make playlists to help me figure out each character’s emotional arc. Even though the book is finished now, I still listen to my playlists for Thora and Santi from time to time – it’s like getting to hang out with them again for a little while!