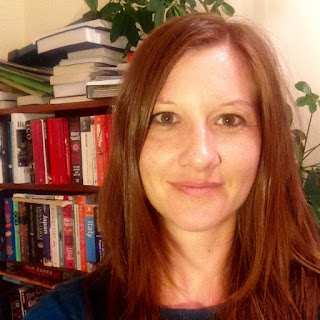 Philippa East is the author of the new novel Safe and Sound. She also has written the novel Little White Lies. A psychologist, she lives in Lincolnshire, UK.

Q: You’ve said that Safe and Sound was inspired by the true-life case of a woman named Joyce Vincent. Can you say more about why you decided to write Safe and Sound, and how you created your character Jennifer?

A: Around 2013, I saw the docudrama that filmmaker Carol Morley made about Joyce’s life and death, called Dreams of a Life. I was really moved and haunted by the film, and that was the ultimate inspiration to write my own (fictionalised) version of events.

It took me quite a long time to figure out Jenn, my protagonist! I always knew she was a single mum with a young son, but it took me quite a while to understand their relationship, her backstory and how (psychologically) she operates.

In the end, she "clicked" for me when I wrote the scene in Safe and Sound when she visits the swimming pool. Her actions in that scene really made me understand her emotional world, how she tries to cope, and her relationship with her son, Charlie. Her character really opened up for me then. 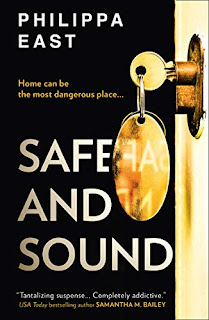 A: I made many changes! I wrote and threw away three full outlines, before I even managed to answer the very question I had set up for myself: What did happen to Sarah Jones??

Even then, after I wrote my first draft and sent it to my agent, we both agreed that it would need a pretty major re-write, and then I tweaked the ending yet again following my editor's notes.

However, I'm really happy with the story as it is now: it feels entirely "true" to me... I think it just took me a while to work out all the facts.

Q: The Yorkshire Times review of the book says that "we are aware throughout of an almost constant cold – the story takes place in winter, the protagonist is acutely aware of the temperature and this in turn gives resonance to the events unfolding – they, too, bring a chill." How important is setting to you in your writing?

A: This is a really interesting question. I've noticed that weather does seem to play an important part in my scenes, whether it's the oppression of a heatwave or the brutality of mid-winter.

It may sound like a cliche, but I do like to use atmosphere and environment to reflect and play off my characters' moods and mental states - I think this is something I do instinctively and automatically.

I also try to use setting to enhance the sense of action or conflict in my scenes: if two characters need to have a conversation about something, why not set that conversation amidst the unsettling strangeness of an airport transfer rather than in the ordinariness of a cafe?

A: For me, writing is a way to try and understand the world, other people, and myself. I think this drive originally led me into the field of psychology - and now storytelling has become my means to ask and explore those questions.

With Safe and Sound, I wanted to ask questions about loneliness, disconnection, pretence, and mental health. Are we sure that our friend is really okay? Are we really sure that we ourselves are okay? If even one of my readers feels I have connected with them on any of these themes, then that means the world to me.

A: I'm currently completing the initial draft of my third book, which is another psychological suspense focusing on family relationships and secrets.

It's about the Goodlights, a wealthy Oxford couple whose 17-year-old daughter, a violinist, is tipped to win the prestigious Young Musician of the Year competition. But right after a jaw-dropping performance at the semi-finals ... she completely vanishes.

A: I love to connect with readers and other writers, so do come and say "hi" on Twitter! You'll find me @philippa_east. I have a cat called Mimi who often shows up on my Twitter account too.