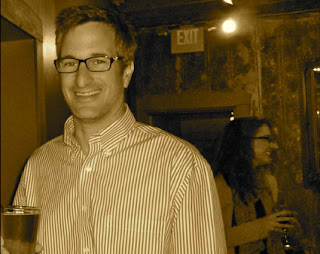 Michael Griffith is the author of the new book The Speaking Stone: Stories Cemeteries Tell. His other books include the novel Trophy. He is Professor of English at the University of Cincinnati.

Q: What inspired you to write The Speaking Stone?

A: I was flailing away at a novel about an obituary writer and getting nowhere. For inspiration (or so I told myself), I started taking morning walks in my neighborhood cemetery, Spring Grove in Cincinnati.

Those rambles were basically just highfalutin truancy, and they did nothing to shake me loose from where I was stuck on the novel—but they quickly became the highlight of my day. I loved the apparent formlessness of them.

I’d wander wherever curiosity led, using my phone to do a bit of ad hoc research on whatever I found: odd markers, unfamiliar names, peculiar juxtapositions, tricks of light and shadow—one essay in the book began when I chased a turkey through a hedge and literally stumbled against a stone.

After a few weeks, I realized that I was embarked on a new book, a very different kind of book, about cemeteries as sites for contemplation, about history/story, and about the monuments we try to leave to ourselves.

Q: You begin the book by noting, "I've long been an avid reader of obituaries." What is it about obituaries that especially interests you?

A: For one thing, they’re the only kind of story in the newspaper that’s not told in messy medias res. Obituaries are complete (and convention-bound) narratives, with beginning, middle, and—rest in peace--end.

Also, because I’m a fiction writer who teaches fiction-writing, I have always been fascinated by the genre itself, and by the ways the best ones overcome the limits of brevity and convention: Obituaries are in a way like novels, but on a tiny scale, and harder to write. 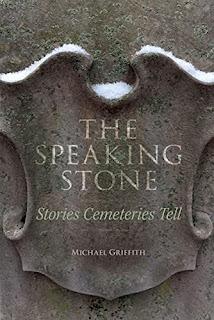 They require severe, almost cruel, compression. If you’re forced to distill a whole life into, say, 500 words, what do you include, and why? What details can convey a bit of the person’s tone and timbre, so that the death notice isn’t just a rote list of accomplishments, milestones, survivors?

I love obituaries that are miniature biographies—better yet, mini-biographies in which the writer manages not only to get the facts right but to catch, and to hum, a bit of the melody of the dear departed.

Q: The Kirkus Review of the book calls it "a fine prose rejoinder to Spoon River Anthology and other similar works." What do you think of that comparison?

A: I’m flattered, though maybe for reasons they couldn’t have known.

Edgar Lee Masters’ book, in case your readers don’t know it, is a verse anthology in which the dead of a small-town cemetery speak their own epigraphs, tell their own stories in miniature, and though my book differs from it in some big and obvious ways (prose, nonfiction, etc.), I like to think the works share not just a setting but a tone of bemusement, curiosity, even joy. (People get wound up, telling their own stories.)

I was surprised by the comparison, in part because Masters seems antique—how many people who read Kirkus will have read, or even heard of, this hundred-year-old book of poems?

But it just so happens that Spoon River was rattling around in my head when I embarked on the book. When I was in high school, 40 years ago, we put on a production in which I performed six or so of the book’s monologues.

The one I remember still, almost verbatim (kindly keep any speculations about why to yourselves!), was that of Walter Simmons, who recalls his days as a would-be prodigy: “My parents thought that I would be/ As great as Edison or greater:/ For as a boy I made balloons/And toys with clocks . . . “

Eventually he becomes a jeweler who keeps a little shop on the square, and the townspeople wait for him to redeem his long-ago promise, reveal his genius. It never happens. Why? Simmons ends his epitaph with that: “The truth was this./ I didn’t have the brains.”

Q: The book also includes various photographs and images. How did you choose them, and what do you think they add?

A: Originally I included probably 150 images. Eventually we winnowed that number to around 90.

My hope is that the images will give historical context for the stories I tell, provide some sense of what the landscape of Spring Grove looks like . . . and also contribute a bit of playfulness.

The book may be set in a graveyard, but in a way it’s an ode to the power and the pleasure of odd incidental connections. Hence the presence of photos (many of them just snaps I took while walking) not only of gravestones and grand historical personages but of barroom stripper-pole rules, séances, graffiti, etc.

A: For the moment, mainly puzzles: for the last year or so, The Southern Review has generously allowed me to compose two of them (usually a crossword and either a double acrostic or a set of hink-pinks) for each issue. But I’m still planning to return to my obituary-writer novel, and I’ve been taking notes this summer toward that.

A: Thanks so much for the questions, and every good wish to you!