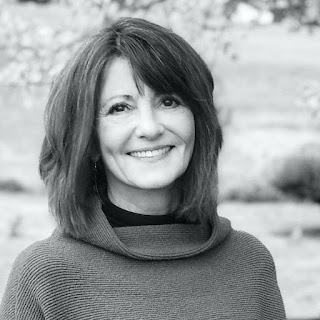 Cheryl Grey Bostrom is the author of the new novel Sugar Birds. Also a photographer and naturalist, she lives near Lynden, Washington.

Q: What inspired you to write Sugar Birds?

A: Years ago, I wrote a sketch for a writing group about a little girl who hid in the woods after starting a fire. Long after that assignment wrapped up, the child remained. She haunted my dreams, called me into the forest with her.

When I recognized the connection between her and my own response to trauma when I was a child, protagonist Aggie—and the physical, emotional, and spiritual wildernesses she navigates in Sugar Birds—began to take shape as “the harrowing, tender account of young Aggie, who lights a terrible fire and hides in a Pacific Northwest forest, evading those who must bring her home before wilderness claims them all.”

Q: The novel is set in Northwest Washington state--how important is setting to you in your writing?

A: So important! I spend a lot of time outdoors; PNW forests and fields, mountains and beaches are my intimate companions, and they shape the settings that cradle my stories.

The natural world speaks its own language in my fiction, acting as both antagonist and friend to my characters. It mirrors their interior worlds, illustrates their relational grapplings, and informs their souls. If my narratives weren’t grounded in nature, they’d upend. 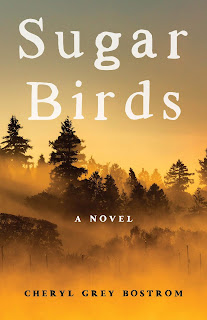 A: Conceptually, yes, I planned the ending, and my first draft landed me there. But in subsequent drafts—where thematic layering and character development happen—characters told me more . . . and surprised me. That first ending remained in the story, but the real punch and true closure came later, as I revised.

A: So many options here . . . I guess I hope that when readers close the cover, they’ll carry away a heightened watchfulness of what nature can teach about relationships and ourselves, and for some, even about the character of God.

That they’ll consider how guilt and shame shape worldviews and how belovedness and forgiveness can affect those same perceptions.

That they’ll recognize that how we respond to tragedy matters; that different choices yield vastly different outcomes.

That they’ll have a new appreciation for the transformative power of relationship.

And, of course I hope that through beautiful Burnaby, they may interpret those on the spectrum with expanded understanding and respect.

A: A Sugar Birds sequel—more upmarket fiction—with a projected 2023 release. It’s set in the dramatic hill country of Washington’s Palouse, where my husband and I lived while we were in graduate school. New characters and familiar ones from Sugar Birds are already driven and interacting—and I’m writing it all down. They’re an insistent bunch; I’m just taking orders.