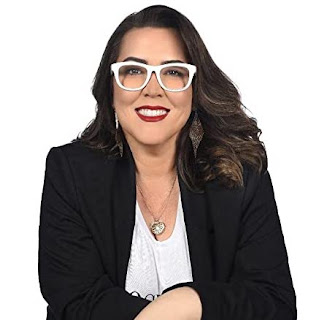 Jeanette Escudero is the author of the new novel The Apology Project. She also writes novels under the name Sidney Halston. She has worked as an attorney, and she lives in South Florida.

Q: You've said that the inspiration for The Apology Project originated with your husband's 40th birthday. How did that event lead to this book?

A: First of all, thank you so much for having me on here today. Great questions!

So my husband and I were going through the guest list and I had double the amount of people on the list than he did. He asked why I had invited certain people if we hadn't seen or spoken to them in years.

I told him it was out of a sense of obligation. Also, what if they found out and got mad. He was shocked I was thinking that deeply about that. He asked whether those people had invited us to any of their events in the last few years.

Somehow that led to a conversation about how different my (and women in general) thought process was. How we overthink things and how concerned we are about not hurting other's feelings even when it's not reciprocated. And how sometimes relationships just come to a natural end.

I never thought of that. I always thought you had to work hard at relationships but he helped me realize 1. Relationships work both ways and 2. They shouldn't be that hard. 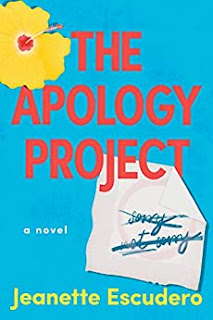 Q: How did you create your character Amelia/Millie?

A: It wasn't too difficult. I've had many similar experiences as an attorney and it wasn't hard to put myself in Amelia. Finding Millie within Amelia was a little harder.

But also, she's every woman, especially every woman in the workforce. She's trying to balance being successful without being seen as a "bitch." Vulnerability is seen as a weakness sometimes.

Q: You've written, "For as long as I can remember, I wanted to be a woman who can do it all, and I set my sights on becoming an attorney." What do you think the book says about having and doing it all, particularly for women in the legal field?

A: "All" is ever-changing. When I was in my 20s, all meant becoming partner at a renowned firm and having money. In my 30s it became increasingly harder to keep up the hours it takes to have it "all" especially with three babies and a husband. The material stuff stopped feeling as important. And then at 40, I was just TIRED. "All" became a nap, a nice dinner, a vacation, a day off.

So I think "all" is different for everyone and what I find to be "all" is definitely so different now after the pandemic. I enjoyed being home with my family and spending that time with them. I don't ever want to go back to those 80-hour weeks, even if it means less material things and less money in the bank account. Health and family is my "all" right now.

Q: Part of the novel involves Millie exploring her Cuban heritage. Why did you incorporate that element into the plot?

A: Because I'm Cuban American and I wanted to showcase that, somehow. What a better way of really finding yourself then getting to know your heritage more. I think I'm going to try to add elements of my Cuban side to as many books as I can.

A: I love writing and I love a strong woman character that, like all of us, has some flaws. But no matter what is happening to her (or around her), my books will always have comedy and snark. I've tried stifling my sense of humor in order to tug at the readers’ heartstrings but it just didn't feel authentic.