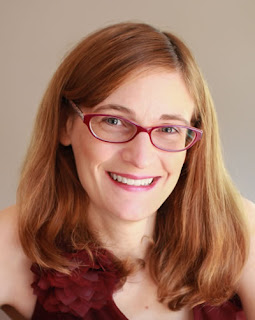 Kristin Levine is the author of The Thing I'm Most Afraid Of, a new middle grade novel for kids. The book is set in 1993 in Vienna, Austria--a city Levine lived in for a year, working as an au pair. Her other books include The Jigsaw Jungle. She lives in Alexandria, Virginia.

Q: The Thing I'm Most Afraid Of is set in 1993. Did you need to do any research to recreate the period, or did you rely on your memories from the time when you lived in Vienna?

A: I have kept a diary since I was in 8th grade, and my year in Vienna was no different. So my first source of information was my diaries and my letters to my parents from that time period.

There were no emails in those days, but my parents had saved the letters I had written to them and put them together in a folder. It was amazing how many things I had forgotten!

Of course, I did also want to do research – specifically on the Bosnian war. I ordered some old magazines on eBay so that I could see first-hand what kind of stories were being reported at the time. 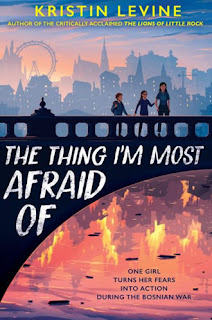 I also read a number of memoirs about the war, including The River Runs Salt, Runs Sweet: A Young Woman’s Story of Love, Loss and Survival by Jasmina Dervisevic-Cesic and The Bosnia List: A Memoir of War, Exile, and Return by Kenan Trebinčević and Susan Shapiro.

A: The main message I hope kids take away from the story is that feeling scared isn’t necessarily a reason not to try something. As Susan Jeffers famously said: “Feel the fear and do it anyway!” I hope young people struggling with anxiety feel a little bit less alone.

I also hope the book helps readers realize the importance of putting ourselves in new situations – where maybe we feel a little bit uncomfortable.

This can involve travel, for those who are privileged enough to be able to afford that. Visiting a foreign place can make you realize your way isn’t the only way.

But stretching yourself can also be as small as inviting an acquaintance to sit with you at lunch – even if it feels awkward or uncomfortable at first.

A: I’m currently working on a master’s degree in data science – which hasn’t left a lot of time for writing. I guess you could say I’m following my own advice by putting myself in a new situation.

I’ve definitely felt uncomfortable at times while I was learning to code, but it has certainly been an exciting new adventure!

No worries to readers though – I’m feeling the itch to start writing again, so I’ll probably start on another book soon.

A: A big thanks to you for doing this Q&A! I’ve really enjoyed it.