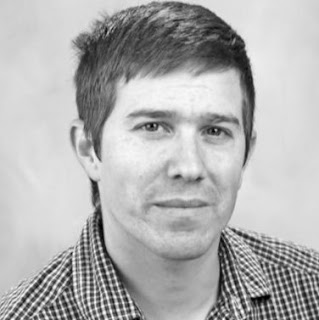 Colin Jerolmack is the author of the new book Up to Heaven and Down to Hell: Fracking, Freedom, and Community in an American Town. He also has written the book The Global Pigeon. He is professor of sociology and environmental studies at New York University, and he lives in New York City.

Q: What inspired you to write Up to Heaven and Down to Hell?

A: The inspiration was in part personal, and in part my students. I’m from Pennsylvania, and I remember hearing a report back in 2011 that my home state was poised to become the “Saudi Arabia of natural gas.” That sounded huge, important, and shocking. I wanted to know what that meant for residents.

At the same time, my adopted state of New York was considering a ban on fracking, and it was practically all my Environmental Studies students wanted to talk and learn about.

I had a sabbatical coming up, and so I thought that spending time living in a place that was experiencing a lot of gas drilling--Northern Pennsylvania--would grant me a unique opportunity to learn firsthand how fracking is impacting rural community life and the environment.

A: America is the only country in the world where property rights commonly extend “Up to Heaven and Down to Hell,” to quote from common law (though plane travel led to restrictions on air rights).

What this means is that landowners can lease their mineral rights to petroleum companies and profit directly from oil and gas drilling.

It also means that this incredibly momentous decision that impacts communities’ wellbeing and the planet--to drill for fossil fuels or leave them in the ground--is for the most part a private decision that thousands of ordinary people make without the public’s consent. (In other countries, the government retains most mineral rights and decides if it is in the public’s interest to drill).

You have the freedom to lease your estate for drilling, and as your neighbor I have no say in the matter even though I may absorb the externalities (e.g., air, water, noise, and light pollution). That’s a problem for the planet, and for democracy. 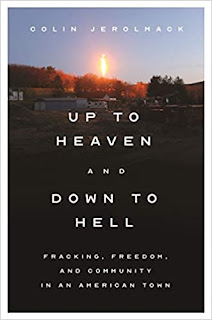 Q: What do you think are some of the most common perceptions and misconceptions about fracking?

A: Because of the movie Gasland, which memorably featured a flaming faucet, a lot of people think about water contamination that results from drilling when they think about fracking.

That’s a genuine risk, but other aspects of the fracking process are more likely to impact community health. Gas wells in people’s backyards, for instance, routinely vent noxious fumes into the air; their emissions are unmonitored.

Toxic wastewater is probably a much larger source of contamination than fracking itself: it leaks into groundwater from impoundment ponds; it spills from trucks; it’s sprayed on roads and fields; it’s dumped into underground “injection wells.”

The idea that shale gas is a “bridge fuel” to renewable energy is another common misconception. Sure, methane emits less carbon than coal when burned. But methane is itself a potent greenhouse gas, and every stage of the fracking process leaks methane.

Also, petroleum companies are building new infrastructure, like pipelines, to facilitate fracking, making them loathe to transition to green energy.

Q: What role do you see the U.S. government playing in regulating the fracking industry, and what do you see looking ahead?

A: Things have certainly gotten better as far as regulation under Biden. Trump basically turned the Environmental Protection Agency from a watchdog into a facilitator of the oil and gas industry, rolling back emissions regulations and opening up more federal lands for drilling. Biden has decisively reversed course, including a ban on new oil and gas leases on federal land.

But the federal government is quite constrained in its ability to control fracking. Trump claimed Biden would ban fracking. He can’t, unless it is on federally owned land (most fracking occurs on private land).

A lot of the action is at the state level. New York banned fracking in 2014; California will ban new leases by 2024. Conservative states have gone in the other direction, barring towns from regulating or banning fracking locally through new state laws like zoning preemptions.

Looking ahead, I do believe fracking is in a death spiral: bipartisan support has crumbled; the industry is hemorrhaging jobs; even shareholders are in revolt over the industry’s refusal to adapt its business model in the face of climate change.

But a lot of the political action will probably continue to be at the state level, in the form of more stringent regulations or bans, or the local level, where municipalities (like Grant township in Pennsylvania) are slowly but steadily winning back their constitutional right to regulate land-uses like fracking at the local level through zoning or home rule charters.

A: To be honest, between chairing my department for the last four years and working from home for the last 15 months while caring for two small children, I haven’t really had time to develop a new research project.

I am doing a little bit of new work on assessing which strategies are best suited to preventing the emergence of new human-animal disease transmission events like COVID-19 and Ebola (e.g., reducing meat consumption vs. reversing habitat and biodiversity loss).

A: My first book, The Global Pigeon, looked at how human-animal relations shape the way we experience urban life. I continue to be interested in human-animal relations, and here at NYU I helped launch the Animal Studies masters program and the Center for Environmental and Animal Protection.

Fun family facts: I have an identical twin brother, who is an earth science professor at University of Pennsylvania; my older brother is an organic farmer in Maine.