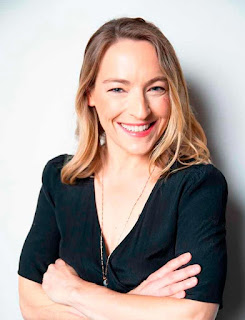 Wendy Walker is the author of the new novel The Night Before. Her other books include All Is Not Forgotten and Emma in the Night. A former family law attorney, she is based in Connecticut.

Q: How did you come up with the idea for The Night Before, and for your characters Rosie and Laura?

A: For a few years, I’ve been wanting to write a novel that captured the darker side of Internet dating. Having returned to the dating world in my 40s, and now being in my 50s, the stories and experiences from this world became more and more compelling.

Everyone, it seemed, had faced a situation involving deception. In some cases, the lies were annoying, but otherwise harmless - lies about appearance, age, even marital status which were quickly dispelled on the first date. But sometimes, the lies were more systematic and pathological, involving layers of storytelling and facades. Sometimes people were lured in beyond a first date.

That was the seed of the story. And from there, I started to ask questions. What if a man lied? What if his date found out on her own in the middle of the date? What if she never made it home?

But I did not want to write a “damsel in distress” story. I wanted to turn the assumptions about gender upside down. So I created Laura and Rosie – two sisters who grew up in the same home but experienced very different childhoods.

Rosie’s was happy. She felt loved and eventually found love in her childhood sweetheart. Laura, on the other hand, felt unloved by her father and, as a result, grew up angry. Her history involved a violent episode in high school, and a pattern of choosing the wrong men. Not only does she doubt her instincts, she is perceptive and wily – and capable of anything. 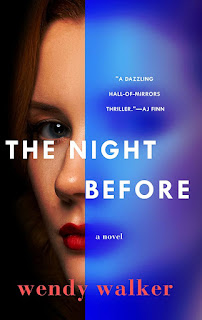 The question I wanted to bring to life in this book about Internet dating and lies was this: What if Laura was more of a threat to her date than he was to her?

Q: The story involves several timelines. Did you write the novel in the order in which it appears, or did you focus on one perspective at a time?

A: After coming up with the basic premise and the two characters, I decided to use a split time frame to tell the story.

I wanted readers to be on the date with Laura – hour by hour. I wanted them to feel what Laura is feeling as she learns more about this mystery man, and begins to gather evidence that he may be someone different from what he told her. But – I also wanted them to be with Rosie the next morning as she discovers her sister is missing, as she begins her search and starts to realize that the man from the Internet might be a liar and possibly someone dangerous.

By splitting the time frame, readers always know something the characters do not – something new that they learned in the chapter before. And then they get to learn new information as well. So, chapter by chapter, there is suspense on two levels. There are answers to questions but then new questions raised, and also a sense of impending doom as they watch Laura and Rosie move closer to the series of events that cause the date to go terribly wrong, and Laura to disappear.

Finally, I layered in very brief, non-linear chapters with dialogue between Laura and her therapist to give more clues to the reader and provide some context for what Laura describes as she moves through her perilous evening. 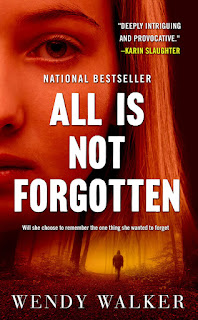 Q: Did you know how the novel would end before you started writing the book, or did you change things around?

A: I knew 90 percent of the ending, which is always the case when I start a new novel. For me, knowing most of the ending is important in laying out the clues for the reader. I want there to be surprise, but never a feeling that the end was not knowable because of a twist that makes no sense or comes out of thin air. I call this the “evil twin” ending. How and when the clues are disclosed is always in an outline that will shape the novel.

A few things did evolve, however, as I began to write and also as I got feedback from my editor. For one thing, Laura was given a backstory and attachment issues which are examined through brief descriptions of sessions with a therapist. Those were originally embedded in her chapters. But my editor loved them and felt they should be pulled out and given their own space.

So I added a third narration of brief dialogue with Laura and the therapist, and I sprinkled them in where they fit thematically with Laura’s thoughts about her date. As a result, they are not linear, but rather small insights into Laura’s psychological issues and violent past.

Another piece that evolved was a major twist about midway through the novel, which I can’t give away, but which I think adds a huge moment of surprise!

Q: The novel mostly takes place in a town in Connecticut. How important is setting to you in your work?

A: In my first two thrillers, setting was important for character development and motivation. I think this is true for many stories. A wealthy suburb. An impoverished inner-city. The backwoods of upstate New York. Characters who grow up in these areas will have different mindsets and motivations that have to make sense. 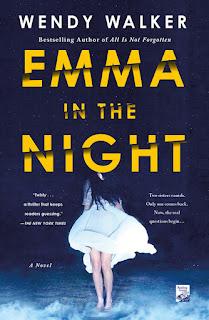 In The Night Before, what was most important for me was to give Laura and Rosie a childhood setting near a large wooded area where they could get lost, and get into trouble. It also needed to be a place where Rosie could naturally return as a married woman just starting her life with her husband and child.

I did not need a wealthy suburb, but rather a working class, affluent neighborhood where parents became friends because they lived on the same street, and kids of all ages gathered to hang out. I also needed enough of a city nearby that Laura could meet a stranger who would be hard to find. So, in this book, the setting was more about logistics for the plot than character development.

A: I just finished the final edit on my next thriller about a woman who disappears on a dark, stormy night in a remote part of Connecticut. She’s on her way home after visiting her son at his boarding school, when she runs out of gas and accepts refuge from a stranger and a young girl.

Two weeks later, after the trail to finding her has grown cold, her older daughter gets a new lead and returns to the eerie, desolate town where her mother disappeared. Using a split time frame, we follow both women as their choices lead them further into danger!

A: As with all of my books, I wanted to bring some real-life psychology into the story. There are reasons why people are drawn to partners who hurt them or make them unhappy. I researched attachment issues and spoke to therapists in the field to give Laura a reason for choosing the wrong men time and again.

I wanted her to have a backstory that fit with this real-life psychological issue, and then I wanted to bring it out enough so readers could enjoy learning about it. It is my hope that this adds depth and intrigue to the story, right alongside the ramped-up suspense!