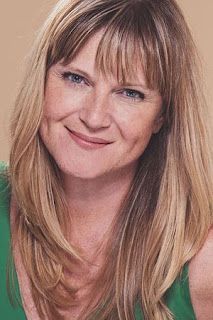 Brandy Scott is the author of the new novel Not Bad People. She is a radio presenter and she's based in Dubai.

Q: You note that you came up with the idea for Not Bad People while viewing a letting-go ceremony. How did that experience turn into this novel?

A: I’m constantly auditioning ideas for novels in my head. Things that happen to me and others, things I read about in the newspaper. The letting-go ceremony I went to – where a group of us tied resolutions to sky lanterns and let them off a balcony – stuck in my head afterwards, along with the possible consequences. I just kept thinking “what if?”. I’m a born worrier and in this case, that was an asset – I basically worried my way into a plot.

Q: How did you come up with your characters Aimee, Melinda, and Lou, and what do you think the book says about old friendships?

A: My characters are all completely fictional, but tend to be sparked by things I’ve experienced or witnessed. I can be a bit anxious – see above! – which is where Aimee’s issues started; I’ve had long chats with my girlfriends about the subtle indignities of being single in your forties, which I’ve given to Melinda. Lou and I are very similar in temperament. But these are just launchpads for character. 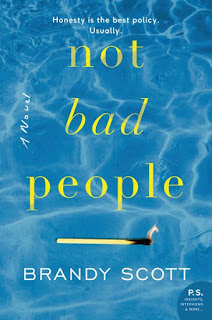 I think Not Bad People highlights the casual carelessness we can slip into with our oldest friends. It’s a cruel truth that we often treat our old friends far worse than our newer ones, because we expect them to just put up with us, like family. This novel investigates what happens when they don’t.

Q: The novel is set in a small town in Australia. How important is setting to you in your writing?

A: I knew the setting was going to be important, but I didn’t realize how much fun it was going to be creating it. I’m based in Dubai, so I took a month of work, borrowed a car and drove around country Victoria. I wanted to make sure I got it exactly right – from the time of sunset to the type of birds that would be stealing grapes in the vineyard.

The town Not Bad People is set in is a mixture of a number of places I visited – Echuca, Beechworth, Heathcote. I spent time helping out on vineyards to learn what the physical work felt like, and interviewed half a dozen winemakers about their daily life. I even found a New Year’s Eve fireworks ceremony over a river, just like in the book.

A: No. I knew the accident would have to result in some kind of inquiry or trial, some kind of reckoning – but I didn’t know how the story would end until I was about half-way through. The imagination is an amazing thing. I think while I was concentrating on all the issues and challenges my characters had to deal with in the first half of the book, my brain was quietly figuring out how they’d have to be resolved in the second.

A: I’ve just started writing a new novel, also set in Australia, although in a very different sort of town. It’s not a sequel, but one of the minor characters in Not Bad People is the main character in this one. I’ve booked three weeks off work for a new research road trip this summer and can’t wait to get back over there.

A: I’ve just signed a TV deal with a New Zealand producer, John Barnett, with a view to turning Not Bad People into a television series, which is hugely exciting. So let’s see what happens next!