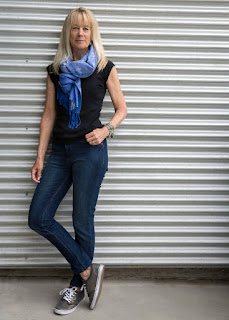 Peggy Townsend is the author of the Aloa Snow mystery series, which includes See Her Run and its sequel, The Thin Edge. A longtime newspaper reporter, she lives in the Central Coast of California and the Sierra Nevada Mountains.

Q: How did you come up with the idea for your character Aloa Snow?

A: Writers not only steal from others’ lives but also from their own. A few years ago, I went on a 24-hour fast and while I thought it would be super hard, it wasn’t. In fact, after about six or seven hours, I began to feel this sense of clarity and power. It was unreal. Of course, by the end, I was headachy and nauseous, and had to eat.

But the experience made me realize that I’m a bit of a control freak and that fasting had made me feel like I’d won the willpower sweepstakes. It also made me think about what would happen when a control freak loses control and, so, Aloa was born: a reporter who let herself slip one time and the worst happened.

Q: The Thin Edge is the second book in the series. Did you always know you’d write more than one book about Aloa? 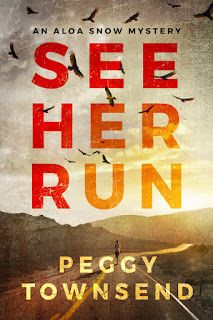 A: I didn’t know for sure until I got a two-book deal from Thomas & Mercer. But I have to say that, as I was writing my first book, See Her Run, I fell in love with Aloa, my three old anarchists (they’ve been called a cross between The Lone Gunmen from The X-Files and the Hells Angels), and the couple who run a North Beach bar/café named Justus, and was really happy to dive back into their world.

Q: Aloa is based in San Francisco. How important is setting to you in your writing?

A: I treat setting as another character in a book and San Francisco lends itself perfectly to a mystery. It’s a beautiful but imperfect city with a history of outliers. I used its famous fog in The Thin Edge to set the stage for a mysterious set of murders and a shadowy intrigue. 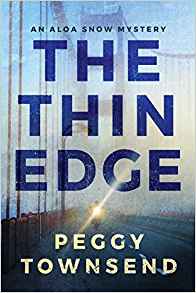 A: Book three in the Aloa Snow series, of course. It involves the death of a man who couldn’t seem to stop making enemies.

A: My hidden talent is mirror writing. When I was in fourth grade, I read how Leonardo da Vinci wrote his notes so they could only be read in a mirror and, because that’s the kind of weird kid I was, I started practicing. I turned over every writing assignment I did for my homework and traced the letters backward, from right to left, until I could mirror write as easily as I could do regular handwriting. Sadly, there’s not much call for this skill in regular life.