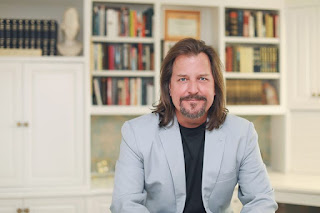 Richard C. Lyons is the author of the new book The DNA of Democracy. His other books include But By the Chance of War.
Q: You note that you chose to write about democracy "because I have noticed what a fragile, temporal thing democracy can be." How do you define democracy's DNA?

Other elements of the code are the daring and courage of heroes, male and female, necessary to the rebellions. Yet other elements of the code are the construction of government constitutions and independent systems of laws and rights that protect the individual. Lastly comes that same code of courage that is willing to admit tyranny exits when it’s in your midst and the will to deal with it! 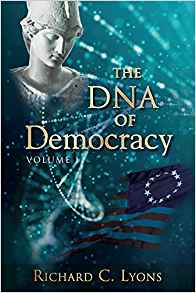 Q: How did you decide which historical periods to look at in the book?

A: It was organic in the research process. In each case there was an extreme exercise of tyranny that fomented a rebellion, which ended in a people fighting for their freedom and rights and founding them in law.

Q: How would you describe the state of democracy today, both in the United States and elsewhere?

A: The United States system is unique, and why it was born that way is a major part of the book. In other areas of the globe there exist democracies that are always delimited by the extent to which their systems of laws are steadily and predictably enforced, and where there are vibrant political parties, independent judiciaries, and free uninvaded commercial markets. 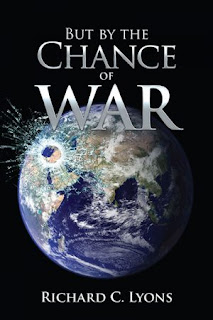 A: Just now, I am working very hard to have The DNA of Democracy available in print, digitally and in the form of an audio book through every possible delivery channel. Then it is on to Volume 2 of this series, The Shadows of the Acropolis, which goes into all the ways democracy can be threatened by means that will surprise and awaken the adventurous reader or listener.

A: I wrote the work to inform and also to entertain, and such were the characters I met over the span of democracy’s history that I think I achieved both, but it is for the public to let me know!