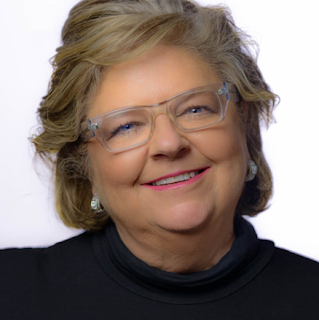 Lori Morrison is the author of the new book The Shaman's Guide to Power Animals. An inspirationalist and mystic, she lives in Sedona, Arizona.

Q: How did you first get interested in the idea of power animals, and why did you decide to write this book?

A: In the middle of a volcanic lake in El Salvador at my home I was hit by light and unconscious for three hours. When I woke, I found that I had been catapulted out of our existing third dimensional perception into a fourth dimensional perception of the world around me. This was the beginning of a shamanic initiation that would last for and intense two years.

With my perception cracked open I was able to see and hear Mayan ancestral spirits and the spirits of four jaguars. For a left-brained entrepreneur who had never believed in these possibilities I was astounded when this occurred as I had no template of understanding. How could I hear these animal spirits? Why had they come into my life? There were so many questions and no answers.

As time went by, other spirit animals would come into my life, all of them teachers with wisdom far beyond the human capacity of knowing. I researched high and low to understand what happened to me and found that for more than 40,000 years shamans around the world have been practicing their craft of healing and divination with Power Animals.

Shamans connect and merge with Power Animals as partners in accomplishing mystical tasks. Animal spirits are vital “medicine helpers” for healing and protection of the shaman as they travel through the interdimensional world. This experience and all the research that I had done was a natural launching pad to write this most extensive book. 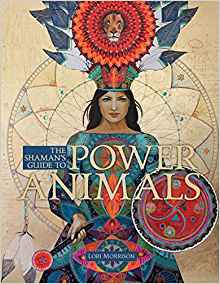 Q: For those who may not know, what exactly is a power animal, and what role do they play in people's lives?

A: Power animals can be any living creature. From mammals to reptiles, insects and sea creatures, they all bring much needed “power” into our lives. To partner with them and embody their energy we must first be aware of them, and second form a relationship with them.

Power Animals are also messengers from the spirit world. When an animal appears it comes with a purpose and a message. For example, if a cricket is in your house, it is a symbol of prosperity and a message that you need to express your feelings more, work with sound for healing and that you may be too sensitive. All are important awarenesses from the animal spirit world.

A: I wanted to know what the animals meant to ancient cultures and how we could use this wisdom in modern society. I found it fascinating that when archaeologists excavated brick tombs of ancient Egypt, they found donkey bodies buried with high-ranking individuals. This sparked my curiosity into the symbolism of animals and their importance to humans.

I found a lot of information in art history as so many animals have been depicted in art from every culture. From the Hopi Indians to the Mayan and their meanings I often found similar references by cultures that existed thousands of miles apart.

Another surprise was the age of existence of animals on the planet. Most creatures have an ancestry of millions of years versus human beings which are pretty new to the planet. The intergenerational knowledge of the world is much more extensive in the animal kingdom.

A: That our lack of interaction with the animal kingdom keeps us from seeing our existence on the planet as a whole. We have lost our connection to the possibility of Power Animal spirit companions. Very rarely do we see animals in the wild like our ancestors did.

Power Animals are guides to a higher level of consciousness from which we can learn more about ourselves and the world as our souls evolve. We often wrongly see animals as lesser species than our own as if we are the masters of them rather than their sisters and brothers.

In ancient times, the stories around the sacred fire pit were filled with lessons of animals: how they managed, how they survived, how their harmonic balance with nature enabled them to thrive. Indigenous peoples worldwide revered these lessons, which became the values of their tribes and the context in which they saw their lives and their culture, and the world.

A: I am immersed in the potential of vibrational medicine (broadcasting remedies and homeopathic and naturopathic solutions) to people through scalar energy. As Einstein said, “future medicine will be the medicine of frequencies,” and by combining shamanic practices with cutting edge technology, this is an exciting new direction that everyday I am immersed in the potential for miracles.

I am also bringing more messages from the animals and interpreting their messages through art by creating oracle cards. These can soon be used as a companion item with the The Shaman’s Guide to Power Animals book.

A: We are never alone when we engage power animals into our lives. A shaman’s ears are open to the song of the Universe. The shaman knows that the greatest wisdom for humanity comes from the natural world.

Through their prophetic messages, Power Animals from the mystical world can bring you profound knowledge and expand your vision. They will make you ready to manifest the mystery of your soul. By opening your heart to possibility, you can journey with Power Animals to find healing for yourself and others.