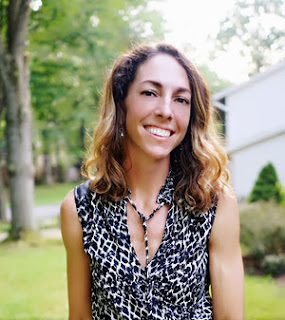 Sarah Wassner Flynn is the author of the new children's book This Book is Cute!. Her other books include This Book Stinks!. Her work has appeared in a variety of publications, including USA Triathlon Magazine and Women's Running Magazine, and she lives in the Washington, D.C., area.

Q: How did you come up with the idea for This Book is Cute?

A: This Book is Cute is a sequel to This Book Stinks, which was my first major book for National Geographic. My editors know what sells. I was in a fortunate position, being given assignments. I give credit to my editor, who read an article on the science of cute. We looked at it together and came up with the basic concepts. I broadened it. As I was researching, I found out so much…

I have three kids under 10 and am surrounded by cute things. We salted the book with science. I went to a professor in Japan. I started with the science and went to the culture—what’s relevant for [the] readership. It was a lot of research.

A lot of the fun of a job with National Geographic is there’s no set way of doing this. Once I start, it’s so much more.

Q: So for the research, you went to experts? 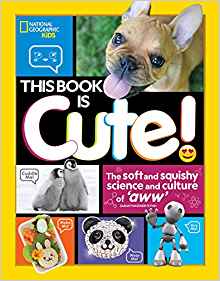 A: I like to tap into experts. For vetting, I go back and get [feedback]. This one is a little lighter. It’s photo-driven, and I didn’t have to do as much, but I like to go to the source, and I spoke to a handful of people. We have a timeline of cute. [There was a process involving] letting brands let us use trademark imagery. That’s where teamwork comes in, with photo and legal.

Q: What was the process for finding the photos you use in the book?

A: I do the manuscript, and there are times when we can’t get the picture, so I have to change the text. It doesn’t happen often because we have a good photo researcher. I have to give them a heads-up: I definitely want a picture of a baby penguin. When I talk to kids, I refer to being on a team.

Q: Can you discuss the science behind the idea of cuteness?

A: This is something that was studied in the 1940s. Konrad Lorenz analyzed babies, birds, to look at features acknowledged as cute: a big head, round eyes, floppiness. His scheme makes sense—researchers today still rely on his research. It’s interesting that someone studied the science of cute 70 years ago, and people are today. 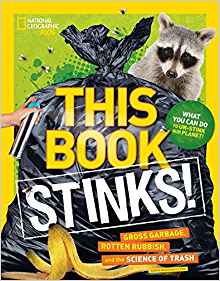 There’s something called cute aggression. People think something is so cute that they want to eat it. We get overwrought with emotion. It’s a conflict of emotion. You want to act out, but your brain checks you. I’m fascinated by researchers providing information, and I bring it to the kid level.

And then there’s how psychologically we react to cute things—our brains are flooded with dopamine. Our brains are reacting to cute features, and there’s a flood of dopamine…

It’s a basic introduction to psychology. My hope is they want to learn more. There are a lot of entry points from there.

A: I just finished Weird but True Know-It-All: Ancient Egypt, which is coming out in August. For several years National Geographic has published Weird but True. I worked on those. Know-It-All is a single story, in a larger form. We go through the entire civilization—the pharaohs, the things they did to treat medical conditions, the lifestyle.

I’m working on books about sharks—one was out last summer and there’s another one. And other books for National Geographic—something new and exciting that kids can tap into at home. And I’m working on the Almanac—the 2020 edition is coming out. It’s a 10-year anniversary almanac, with a look back at the last 10 years.

Q: Anything else we should know about This Book is Cute?

A: A lot of people think it’s cute animals, but there’s a lot more to it. Kids find out about endangered animals, about the business of cute. There’s a trip around the world, to Japan.

National Geographic’s mission is to get kids excited about their world. You can learn about another country in another way. I’m excited about bringing the world to them. There’s also a big section about cute in your world. There are uplifting animals for kids who are sick. I want to inspire them. There are so many entry points for our readers.