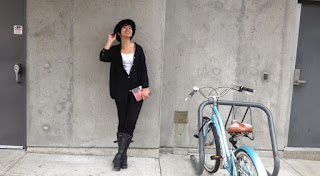 Arushi Raina is the author of the young adult novel When Morning Comes, a winner of the 2018 Children's Africana Book Awards. Born in India, she grew up in South Africa--where When Morning Comes is set--and now lives in Canada.

Q: How did you come up with the idea for When Morning Comes, and for your four main characters?

A: My characters inspired me. I was standing in a restaurant in downtown Joburg and saw an image of a jazz singer. And then a character sort of slid into my brain—a jazz singer, who had secrets, and not the best singing voice. And I wanted to find out what those secrets were. And why did she sing, if she wasn’t any good?

This book started by trying to answer these questions, and as I wrote, I realized that Zanele’s story was interconnected, twisted around three other very important, distinct voices. 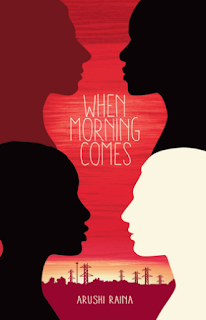 A: I grew up in South Africa in the late ‘90s. I was among the first group of children growing up in the new, democratic South Africa. So in many ways my research draws from my experiences of experiencing South Africa following apartheid. Our education, for the first time, tried to make sense of what had happened, including the significance of the Soweto Youth Uprising.

Years later, when I tried to put this story together, I started pouring through patchy archives in the U.S. – and found a number of first-hand accounts, retellings, in print. And patching these events, this recent history was staying true to these primary retellings but also, fictionalizing this story. Paradoxically, for me, adding those fictional details, is what makes history breathe.

I think the main finding through my later research only further substantiated what I’d thought before. The black youth of South Africa, disempowered, in poverty, lacking access to basic amenities, were incisive, forward looking, visionary.

I once had some feedback from an early reading saying that I’d made my characters “too articulate” – and I would beg those folks to actually read the first-hand statements, manifestos, and speeches given by the youth leaders of the time. Those speeches often put our current leaders’ levels of articulation to shame.

A: The novel’s title was really difficult to find. There were months of debate, going back and forward. As an immigrant to the West, it was important to me that I had a title that didn’t turn away a Western audience by telling themselves this was a “foreign book” – we need people to read different things, challenging things, and if they stumble into it, all the better. I wanted to lure the reader with a title that gave very little away.

At the same time, the title operates on a number of levels. I am not much of a metaphor user, but When Morning Comes is about the daily morning grind, the labour people of colour put in, day after day after day in the apartheid system.

A: I want them to connect with my characters – my characters have their flaws, they are from far away, but I hope that the choices they make, what they feel and how they try to make sense of their reality connects with the reader. The emotional journey in books is what changes us, and we can never predict what that change is for each reader.

A: A modern Pride and Prejudice retelling (I know, another one. But can there ever be enough?) set in the 2008 recession in York. I think. You never know till you actually finish writing it.

A: I recently did a webinar with the wonderful CABA team – for teachers and anyone who is interested! You can check it out here.