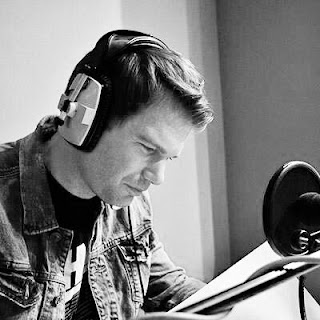 James King is the author of the new book The Ultimate History of the '80s Teen Movie. He has presented movies for BBC Radio 1 and other networks, and he lives in London.

Q: You write that you hesitated before embarking on this book project, that "I needed it to be the right time." What made this the right time to write this book?

A: Good question! In all honesty, I might never have thought it was the right time had my agent not given me a push to get it started. I think he knew I could do it even if I didn’t. When something is your dream project, as this was, sometimes you can be nervous about finally tackling it head on in case you blow your one chance.

But once I’d gotten that nudge I realised that I probably was finally mature enough to write the book I’d long dreamed of. I didn’t want what I call “easy nostalgia,” but something detailed and (hopefully) insightful. Hence the 180,000 word count!

Q: Do you see certain themes running through many of the movies you discuss in the book?

A: There’s certainly an “us and them” streak running through most of the films - teens or college kids taking on the adults and the authorities. Sometimes that’s funny, as in Ferris Bueller’s Day Off, sometimes it’s more serious, like in Taps or Dead Poets Society. 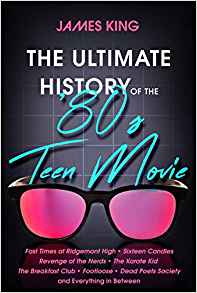 But I think it’s all part of that mood in the ‘80s. A lot of youngsters had had enough of faceless institutions and old attitudes and wanted to strike out on their own. MTV, hip-hop and computers are just some of the new things that gave them outlets for that.

Q: You describe Risky Business as your favorite 1980s teen movie. Why?

A: It has everything. A star-making performance from Tom Cruise, a sublimely seductive role for Rebecca de Mornay, visual and musical style and something to say about contemporary teen life.

It might not be exactly the movie the director wanted as the studio forced some changes but it still says so much about the era of Reaganomics and a gung-ho attitude to making money. No other teen film mixed sex with social commentary quite as expertly.

Q: Looking back at these films, how do they stand the test of time?

A: The ones that still resonate do so because they were never just about trying to be fashionable or cool. That’s not to say that The Breakfast Club, Ferris Bueller’s Day Off, Heathers, etc., *weren’t* cool but it was never only about that. The emotions they tapped into about first love, peer pressure and teen angst were genuine and honest and that always lasts, regardless of whether the clothes or the technology now looks out of date.

A: I’m planning something on indie movies in the Nineties - think Tarantino, Blair Witch and Clerks.

A: The Ultimate History of the 80s Teen Movie came out in my home country of England last year but the U.S. is where I’ve always dreamed of getting it onto shelves. It’s a country I’ve been fascinated with since childhood so it’s a real buzz to be talking to so many American film fans and book lovers. Thank you!