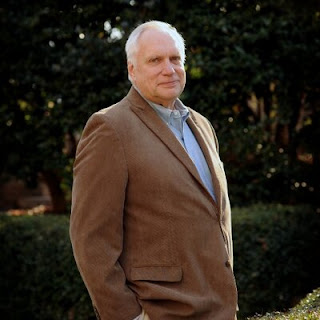 Webb Hubbell is the author of the new novel The Eighteenth Green, the latest in his Jack Patterson thriller series, which also includes A Game of Inches and Ginger Snaps. He is a former U.S. associate attorney general and was mayor of Little Rock, Arkansas. He lives in North Carolina.

Q: How did you come up with the idea for The Eighteenth Green?

A: When I lived in D.C. I followed the few spy cases that made the news, including Aldrich Ames and Anna Montes. I’m also very familiar with the power of lobbyists in D.C. and the military industrial complex. The Eighteenth Green followed from my observations.

Q: How do you think your character Jack Patterson has changed over the course of the series? 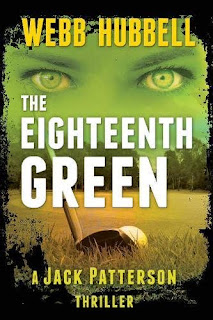 A: Jack is more comfortable taking on a criminal matter than he was in When Men Betray. He is fiercely loyal to his friends, but in The Eighteenth Green I tried to bring out some of his vulnerabilities. He is still mourning the loss of his wife, shows terrible judgment when it comes to women, and ignores danger.

Q: What impact does your background in politics and government have on your novels?

A: A great deal. As a practicing lawyer, a judge, and a senior DOJ official I had a lot of experience with the criminal justice system – the pros and the cons. I also experienced first hand who the real influencers are in D.C. and how information has so much value.

A: I love to read. I have read everything John Grisham and Pat Conroy have written. I have become a big fan of Louise Penny and Daniel Silva. A Gentleman In Moscow by Amor Towles is one of the best books I’ve read in a long time. 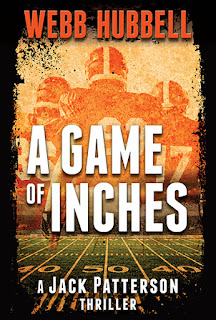 Walter Isaacson’s genius series is masterful. I really enjoyed all the Harry Potter books and enjoy her Robert Galbraith series. Baldacci and Scott Turow I read everything they come out with. I could go on and on. Go to my author page on Goodreads and you can see the variety of books I consume.

A: I have two more Jack Patterson books in the works. The first is titled East End and the next is tentatively titled The Light Of Day. I also am developing a new series about a former CIA operative, Daniel Dempsey. 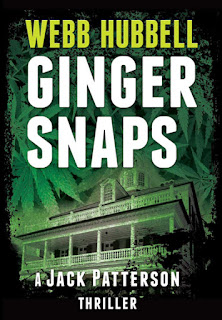 A: Although the main purpose of a thriller, or any other novel for that matter, is to entertain, I have tried to introduce an issue of significance to our society in each book.

In When Men Betray I wanted to give readers some insight into the power of money in our politics. In Ginger Snaps I tried to educate the reader about asset forfeiture and the federal restrictions on marijuana medical research.

In A Game of Inches I tried to provide insights into the world of Fantasy Sports and the tragedy of CTE for former football players. Now in The Eighteenth Green we take you into the world of influence and the defense industry.