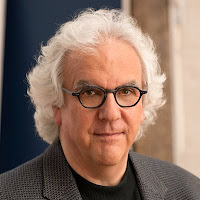 Stephen Fried is the author of the new biography Rush: Revolution, Madness & the Visionary Doctor Who Became a Founding Father. His other books include Appetite for America and A Common Struggle. He teaches at the Columbia University Graduate School of Journalism and the University of Pennsylvania, and he lives in Philadelphia.

Q: You've called Benjamin Rush "the great untold story of the revolution." What first intrigued you about him, and why did you decide to write this biography?

A: I was first drawn to Rush because of his connection to the history of mental health care, which has always been a big part of my journalism (including my last book, which I co-authored with Patrick Kennedy about his family’s history with mental illness and addiction, personally and politically).

But I also live just a few blocks from the area in Philadelphia where the nation was born, and always believed some day there would be a book for me in the Revolution.

When I started specifically looking at book ideas during that time period, Rush just leaped out—he was the only major founding father who hadn’t had a major biography, and the many areas in which he made a huge difference (mental health just one of dozens) felt not only very important but very contemporary.

The more I learned about him, the more I realized he was in many ways the best way to tell the whole story of the nation’s birth, and his own writing about it felt really modern.

Q: You begin the book with an episode from Rush's life in August 1774. Why did you choose to start here? 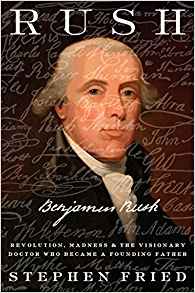 A: I began with the day that he met John Adams, when the Massachusetts Delegation arrived outside of Philadelphia and was briefed by the local “Sons of Liberty”—among whom Rush was the youngest and most intellectually precocious member.

While Rush was already known in Philadelphia—as a professor at the nation’s first medical school, a physician, and a writer on important political issues (slavery, British taxation)—this was the moment when he first became known to the larger group of revolutionaries who changed the face of world history.

It was also a moment both he and Adams had described in some detail, on several occasions in their writing. And since their friendship is a huge part of this book, it felt right.

Q: How would you describe the relationship between Rush and John Adams and Thomas Jefferson?

A: In the beginning, Rush was a local doctor with a lot of political zeal but not much standing.

He met Adams in the First Continental Congress (during which Adams and other visiting congressmen often ate at Rush’s house, and he treated some of them medically) and Jefferson in the Second, and by the time the Declaration of Independence was ready to be signed, Rush had risen from an interesting local doc with big ideas to someone who really mattered: he was the one who convinced Thomas Paine to write “Common Sense” (which Rush edited and got published) and when a key member of the Pennsylvania delegation refused to sign the Declaration, Rush was elected to take his place and sign. 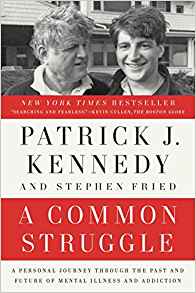 From then on, his relationship with both men grew. It became more intense during the decade when the U.S. capitol was in Philadelphia (1790-1800) when he saw them all the time (and discussed politics and life with Adams, and often religion and science with Jefferson).

And then, later in all their lives, Rush carried on an epic correspondence with both of them, which included his founding father therapy to get Adams and Jefferson, who hadn’t spoken since the 1800 election, back together.

A: Well, I hope that’s changing right now because of this book.

Rush has not been as well know as his other fellow founders—which would have baffled them, because they considered him (as did the public at the time) as important as Washington and Franklin—but one of the interesting things I discovered is why he isn’t as well known: it’s mostly because his family, and Adams and Jefferson, made sure much of his most intriguing writing and correspondence was suppressed for over a century, because it revealed too much about them (and about Rush’s challenging relationship with Washington).

Until recently, he has mostly been remembered as the founding father of American mental health care and the author of the first American book on mental illness—as well as the doctor who heroically battled the 1793 yellow fever epidemic, which killed 10 percent of the population of the U.S. capitol in three months.

Now I think his legacy can be much broader, as one of the most important founders and public intellectuals in America. And one of its most fascinating characters.

A: Honestly, book touring, and cleaning up my office after five years of working on this book. 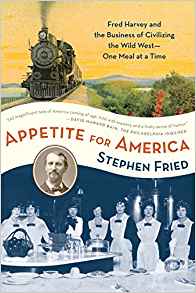 I’m also doing research for my next book subject, working on a project at Columbia to improve mental health journalism, teaching at Columbia and Penn, and writing for magazines.

And I still do some lecturing about my last history book, Appetite for America: Fred Harvey and the Civilizing of the Wild West—One Meal at a Time. We do a Fred Harvey History Weekend in New Mexico every year. When you finish reading Rush, read about Fred and come join us in Santa Fe. It’s great fun. Some day, maybe there will be a Benjamin Rush History Weekend every year in Philadelphia.

The most interesting part of writing narrative history, to me, is watching other people then dig into the subject you wrote about and find more. If we can not only bring Rush himself back to life, but also jump-start new research about him, that would be great. He should have a “papers” project just like the other major founders.

A: At the moment, everything I think you should know is in the Rush book.