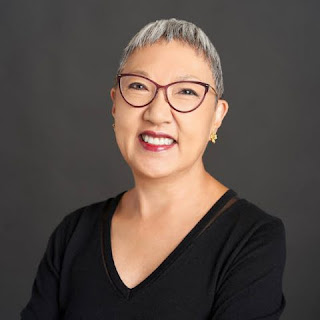 Eugenia Kim is the author of the new novel The Kinship of Secrets, based on the story of her sister, who remained in Korea as a child while the rest of the family moved to the United States. Kim has also written the novel The Calligrapher's Daughter, and her work has appeared in a variety of publications, including Asia Literary Review and Raven Chronicles. She teaches at Fairfield University's MFA program in creative writing.

Q: You write that the The Kinship of Secrets was inspired by your own family's story. At what point did you decide to write this novel?

We took a train to Busan, to look at the neighborhood where my sister spent the war years, and on that train ride I asked her what it was like for her to have come to America at age 11.

I was 6 when she came to the U.S., so I wasn’t aware of why she’d been separated from the family (the Korean War and problems with U.S. immigration) for 10 years. I had assumed that she, like many immigrants, were eager to come to America.

But her answer to my question was, “It was the blackest day of my life,” and this surprised me. I heard her story during that train ride, and additional interviews and photographs and documents helped explained this surprising answer. Her response was the key I had been seeking to enter into this story. 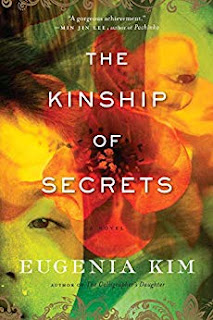 A: The fiction was always laid against the backdrop of history, so I suppose the balance was 50/50. A historical novel requires that one absorbs the historical period and imagine what life was like under those circumstances and with what particular period details.

We don’t think about living in a historical moment, but each passing moment contributes to what will become our history. My intention was always that if historical events rise up in the telling of the story, it would be because the characters are deeply influenced by them.

I was aware that in the book a fair amount of attention was given to a particular historical moment when the first president of the Republic of South Korea was routed out of office by a people’s uprising.

Two of the characters in the novel were in their mid-teens, an age when civil unrest would influence them greatly, so I felt it was an important moment to describe in some detail. I was also interested in their witnessing the birth of a new democratic nation, and what kinds of growing pains it would suffer. This incident was exemplary of that pain.

A: The title came out of a few alternate titles, but when this particular combination of words arose, it felt spot on.

Kinship is a key element in this novel, between the two sisters, between the two families, and within each family dynamic. Family secrets drive intrigue among members of any family—who knows the secret, who doesn’t, and why not.

There’s a magnetic quality to secrets—much revolves around keeping it hidden, and many are drawn to discover its truth. That there is great intimacy between the sisters, but also things that are hidden, was an interesting paradox to me. 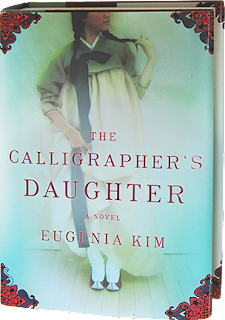 A: I knew so little about the Korean War and the postwar reconstruction of South Korea. My characters live through the war and also are refugees from the invasion of North Korea into Seoul, South Korea.

Seoul was taken by the North twice. What month did these invasions happen? What was the weather? When would they have heard about the invasion and what would have spurred them to flee their home? These are questions I needed answers to.

I read dozens of books about the Korea War, some written by Koreans in translation, which were very helpful, since the American perspective is often devoted to the machinations and politics of war. I wanted to know about the civilians, and specific days when things were or weren’t known.

I developed a timeline that included things like what day of the week June 25, 1950, was and what the weather was. The war timeline was very specific because its movements would have influenced what happened to the family.

I thought that would be sufficient, but of course they lived their lives after that three-year war as well, and I had to keep track of what was happening in the U.S., too.

The research went hand-in-hand with the writing, and I was grateful for a robust Internet. I had already begun to collect Korean historical images on Pinterest, but now have about a dozen subcategories.

Most helpful was seeing snapshots of citizens during and right after the war. It gave me the visual flavor of South Korea’s transition into modernization.
Q: What are you working on now?

A: I’m failing at my third novel so far, but there can’t be progress without failure! I have been thinking lately that my total approach to this story is off the mark, but haven’t seen my way into which is the right structure, so I’m struggling. Can’t talk much more about it than that.

A: My sister supports this book, and I hope to do an interview with her, together. Since it is inspired by her life, this is a great honor for me.

I’ll have an events schedule posted on my website. I know I’ll be in New York, Washington, D.C., Milwaukee, New Orleans, and Fairfield, Connecticut. You can follow me on Twitter or Facebook for updates on the book and events.

--Interview with Deborah Kalb. Here's a previous Q&A with Eugenia Kim.
Posted by Deborah Kalb at 7:22 AM