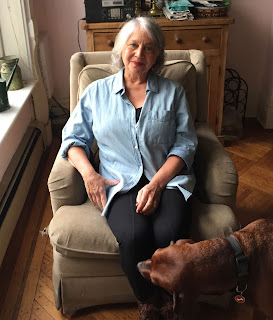 Mary Morris is the author of the new novel Gateway to the Moon. Her other books include The Jazz Palace and The River Queen. She lives in Brooklyn and she teaches writing at Sarah Lawrence College.

Q: You write that you first started thinking about the idea for Gateway to the Moon 25 years ago. What initially sparked your interest in the story?

A: In 1989 for various reasons we moved to New Mexico for a year. While we were there, we hired a boy to come in the afternoons to play with our daughter while we were home, working.

Once he learned that we were Jewish, this boy, whose name is lost to me, had many questions. Did we eat pork? Did we light candles on Friday nights?

We were secular Jews and he was Catholic but he told us that his family didn’t eat pork. And they did light candles on Friday night. And no one knew why. I began to get interested in him and what he was talking about. This was how I first learned of the crypto-Jews. 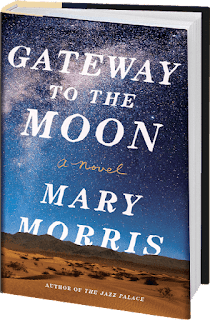 Q: The novel spans centuries and continents—how did you research the historical sections of the book, and did you learn anything particularly surprising?

A: For much of the historic research I traveled. I went to Spain and Portugal. I went to New Mexico. I had been to Mexico City many times so I did not feel the need to return.

But when I learned that the original map that Columbus used to navigate was in the Bibliotheque Nationale in Paris I went to see it. I had a grant from my college to do much of this work and it was invaluable.

I think the most surprising things I learned were that Columbus was a megalomaniac and many many secret Jews fled Spain and Portugal for the New World. It became a living history for me.

Q: How was the book’s title chosen, and what does it signify for you 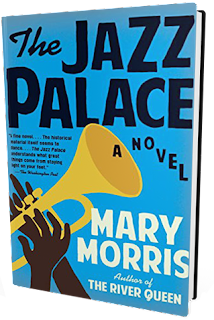 A: There is a real place with a similar name but I wanted this to be a more made-up place. I knew that Coronado had referred to the “doorway to the moon” so I just translated that phrase differently to “gateway” and in terms of the novel it worked right away. Because it is a book about portals, entryways. Gateways.

Q: Did you write the novel in the order in which it appears, or did you write one time period first and then move the chapters around?

A: I definitely didn’t write the chapters in the order in which they appeared. In fact the Lisbon material came last because I learned about the massacre of 1506 only when I was almost done with the novel and knew I had to include this.

I spent a lot of time moving the chapters around, especially the 1992 sections. I had to create the exact balance between historic and present. I probably spent as much time doing that as I did writing them. 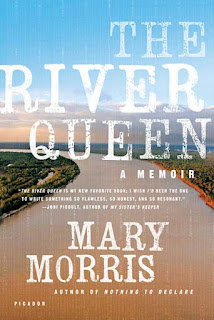 A: Actually it is a sequel to Gateway. I learned recently about the Jews of Jamaica and their history overlaps quite a bit with the narrative in Gateway. I am just back from a research trip and I am fairly certain that this will be the next book. Perhaps it will be a history about buried histories in the New World.

The sequel will involve lost gold, pirates, and sugar cane. And it is impossible to write about sugar cane without writing about the very dark history of slavery in that part of the world

A: I never thought I’d be a writer who wrote about secret Jews, the Inquisition, and buried histories, but I have become passionate about it. Other stories seem to fade when I think about this. For now it seems to be my path.

--Interview with Deborah Kalb. Here's a previous Q&A with Mary Morris.
Posted by Deborah Kalb at 6:55 AM