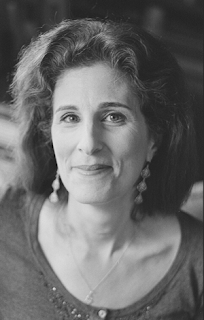 Jessica Levine is the author of the new novel Nothing Forgotten. She also has written the novel The Geometry of Love and the literary history Delicate Pursuit. Her work has appeared in a variety of publications, including The Southern Review and The Huffington Post, and she has translated books from French and Italian into English. She lives in Northern California.

Q: Your new novel, Nothing Forgotten, brings back characters from your first novel. Did you know when you finished the first one that you'd be writing about them again?

A: Yes, I did. In The Geometry of Love, the protagonist, Julia, finds herself in a romantic triangle when she and her cousin Anna both fall in love with a brilliant, charismatic composer named Michael. Julia's vision of Michael is somewhat idealized because he acts as her muse, inspiring her to be more creative in her life and her writing.

In Nothing Forgotten, I wanted to present Michael from Anna's point of view, which is based in the gritty experience of living with him. I also go into Anna's back story, which takes place in a long flashback set in Italy and constituting the main part of the narrative.

Q: Why did you decide to set Nothing Forgotten mostly in Rome in 1979, and did you need to do any research to write the book?

A: The novel has roots in a year and a half I lived in Rome, from June 1978 through December 1979. I had an eccentric aunt, originally from Brooklyn, who had made her life there.

When she invited me to spend the summer with her, I accepted, moved into her guest room, and enrolled in an Italian language class. The following fall, I found a job teaching English, found my own apartment, and stayed on for a while. 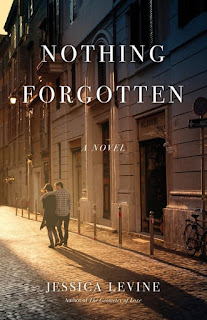 It was a magical time of my life, and I knew that eventually I would want to recapture and fictionalize it, so during that period I kept copious diaries—five big notebooks full—all of which were extremely useful in the writing of the novel.

However, I did need to go back to refresh my memory of the city, and in 2012 I made a research trip during which I spent time in my old beloved neighborhoods.

Q: How was the novel's title selected, and what does it signify for you?

A: "Nothing Forgotten" is an abbreviation of a line in one of Pablo Neruda's poems, "If You Forget Me" ("Si tu me olvidas").

The poet begins by suggesting to his lover that if she can forget him, he will be able to forget her too: " . . . if little by little you stop loving me / I shall stop loving you little by little." However, it goes on to conclude with: "But/if each day,/each hour,/you feel you are destined for me,/ . . . /in me nothing is extinguished or forgotten . . ."

The dance of intimacy that takes place in the poem suggests the ways in which love not only arises spontaneously within the self, but is also calibrated in reaction to the feelings of the loved one. Much love poetry focuses solely on the poet's feelings, but Neruda's poem captures the dynamic of an entire relationship. 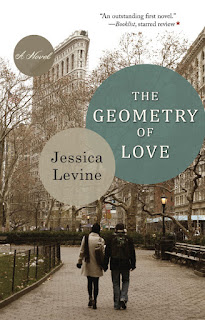 In my story, Anna in her youth experiences a love that she has an opportunity to measure only later, when the lover returns. At the time, it seemed like a transitory affair. Decades later, when her feelings and his resurge, she realizes just how deep and significant this experience was. She has tried to extinguish and forget, but has not been able to.

A: There are many, so I'll only mention the ones that colored my experience of living in Rome and my retrospective processing of it.

During my first visits to Italy in my early 20s, I read Henry James's The Portrait of a Lady, Daisy Miller, and The Wings of the Dove. I was very intrigued by the way James treated the figure of the young American girl who is ensnared by Italian machinations.

Indeed, the optimism, provinciality, and naiveté of James's young heroines makes them perfect prey for Old World schemers. When I lived there and found that most of the time I didn't know what was going on around me, James's insight struck me as still relevant.

I also read a lot of literature in Italian at the time in order to improve my command of the language. Alberto Moravia's Racconti romani (Roman Stories) have a stark take on the economic struggles of average Italians in the 1950s. 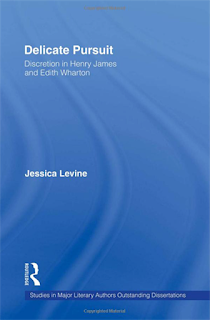 His descriptions explained a lot what I saw there, for in the 1970s Italians who had achieved middle-class status most likely had parents who had struggled with poverty and deprivation during World War II and after.

More recently, when I took up this project, I read several novels by contemporary Italian women.

In one of them, not yet translated into English, L'amore quando c'era—which means something like Love When There Was Some—by Chiara Gamberale, two lovers find each other on the web after a long separation, and resume their relationship by email. The entire novel consists exclusively of emails in which the ex-lovers evoke their past.

Finally they do reunite in order to spend a single night together, but the reader only learns about it through the emails they send each other in the days that follow. Thus the key event happens between one email and another—in the privacy of the reader's imagination. It is a tour to force that led me to play with emails in various ways as I structured my own story.

A: My next project will be the last in my trilogy. Set in San Francisco and provisionally entitled Shambles and Light, this novel will feature a cousin of Anna and Julia's named Robin, who is a psychotherapist and shamanic practitioner. It is less a sequel than a complementary work to my first two books.

At the same time I will begin doing historical research for a novel set in the South of France and Italy in the 19th century.

A: For the past year I've taken a detour from writing fiction to translate from the French Mission Afghanistan: An Army Doctor's Memoir by Elie Paul Cohen, which tells of an emergency physician's experience at Camp Bastion in Afghanistan.

Dr. Cohen, who was anti-militarist in his youth, brings to the conflict there the questioning, humanitarian point of view of a doctor and outsider. My translation of his book will be published by SparkPress in September 2018.