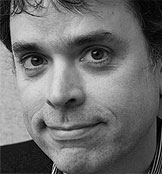 Q: Why did you decide to focus on the history of Broadway in your new book?

A: I was involved with the AIA Guide to New York City, an architecture guidebook to New York City, and I was the co-author of the last edition, which came out in 2010.  There were originally two authors. One died in 1990 and I was working with the surviving co-author, Norval White. He was elderly, and he died right before we finished the book.

In doing that, I got to know the city, but I was frustrated because I could never write more than a few lines on one place. So I just wanted to focus on one street. I thought about Park Avenue. I thought Broadway must have been done before, but I realized [that wasn’t the case]. The David Dunlap book [focusing on Broadway] is beautiful, but it was out of print, and it was mostly photos. So it seemed like an obvious choice.

Q: The book’s subtitle is “A History of New York City in Thirteen Miles.” How do you see the relationship between this one thoroughfare and the city as a whole?

A: It seems to me it’s one street that unites everything in Manhattan. It goes from the southern tip to the northern tip. The FDR and the West Side Highway do that, but aside from that, it’s the only street. It doesn’t hit the Lower East Side, but I managed to talk about that anyway!

It’s the city’s Main Street…The subtitle was a title I latched onto which dictated the structure. Then I had to do it—all 13 miles! 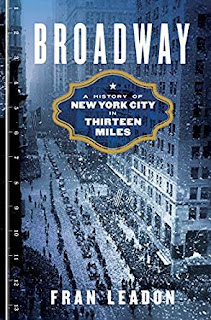 Q: The book includes an incredible amount of detail about hundreds of years of New York City history. Did you already know much of this from working on the AIA book, and did you learn anything that especially surprised you?

A: The funny thing was that I knew virtually nothing about Broadway, so it was all surprising. I read a book from 1911, The Greatest Street in the World, and it was incomprehensible. I realized I didn’t fully understand the street or the city. I had to do some digging and figure things out. That’s why it took so long.

Q: How long did it take?

A: I started in the summer of 2010. The proposal took me two years. Then Norton got me in 2012. That’s when I met John Glusman, my editor. I turned in a draft in 2015, which was terrible, and I rewrote for two years. It was a good six or seven years. From start to finish, eight years.

Research was another reason it took me so long. Not being a historian, not having a Ph.D., I didn’t know where to go to look for things. I was fascinated by the research. I had never done anything like that. You have to know where to go and who to talk to. It’s more collaborative than I’d thought…

Q: So what did you find that was especially fascinating or startling?

A: I was curious why Broadway suddenly swerves at 10th Street. I had heard stories about why, and I ended up writing a whole chapter about that. The answer was gratifying to figure out why. It wasn’t about drunk surveyors!...

The most surprising thing is that you hear Broadway described in this exaggerated [way], which is certainly true today—it’s become so famous, it’s not just a street anymore. I thought that was a 20th century development, but back to colonial times, they’d talk about it that way.

What I realized is that the way people described it made it what it is. They willed it into existence. They thought Broadway had potential, and therefore Broadway became Broadway. I looked at 1800-1835 land values, and even when there were no buildings there, [the land was] already more valuable. They were guessing on Broadway.

Q: You divide the book into sections based on each mile of Broadway. Were there any sections that particularly fascinated you as an architect?

A: Things were definitely weighted toward the southern tip. That’s where it started. The first mile is 400 years of history. By the time you’re on the West Side, virtually all the buildings were built at the same time. Below 59th Street, the buildings tend to be more astonishing—the Woolworth Building, the Flatiron Building. And the Ansonia on the West Side.