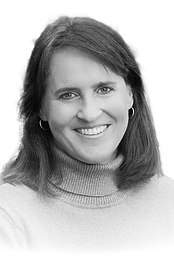 Sheila Grau is the author of the new novel for kids The Boy with 17 Senses. She also has written the Dr. Critchlore's School for Minions series. She lives in Northern California.

Q: How did you come up with the idea of a planet whose inhabitants all have synesthesia?

A: For those unfamiliar with the condition, let me start off with a brief explanation. People who have synesthesia (about 4 percent of the population) experience more than one sense at a time.

While I just hear music, someone with synesthesia might also see it as swishes of color, or taste it, or even feel it as a physical sensation. There are as many variations of synesthesia as there are ways to combine senses and emotions.

Initially, I was drawn to the creative aspects of synesthesia — that words could have flavor, or sounds could swirl with color in your vision.

It was fun to think about what words like “homework” and “vivacious” and “serendipity” would taste like. What would the sound of footsteps look like? What sort of personality would the number 5 have? 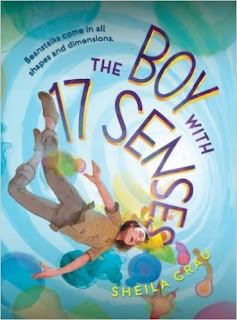 But the condition also made me realize that our brains don’t all work the same way. I write for younger readers, and I thought that building a world around synesthesia could be a fun way to introduce the concept of neurodiversity.

It’s something I wish I’d known more about when I was younger. While I think awareness of neurodiversity has improved, it’s still frustrating to see the stigma placed on mental illness.

Synesthesia is an example of a brain working differently from “normal,” but it’s not a disability (for most). Many famous creative people had/have synesthesia, and it actually aided their creative processes (Vladimir Nabokov, Claude Monet, Pharrell Williams, to name a few).

If a brain with synesthesia can exist without the stigma of mental illness, then why not other brain differences (ADD, OCD, depression, bipolar, autism, etc.)?

Q: The story is a version of Jack and the Beanstalk. Why did you choose that tale to update? 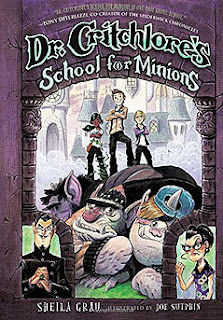 A: The idea was to combine something new and unfamiliar (a planet where everyone has synesthesia), with something old and very well known (Jack and the Beanstalk). The known mixed with the unknown.

My hope was that readers would have fun spotting the similarities to the fable in the unfamiliar world I created. Like when the giant Uncle Gunther said, “Fee, Fi Fo Fum,” but not in an expected way. Or how the fable’s magically playing harp became an iPod.

A: When you’re rewriting a fairy tale, the structure is there, including the ending. I knew that Jaq would escape the giants with the last of the treasure and save his family, but . . . I had no idea how he was going to do this until after I started writing.

Endings are so important. Even if everyone knows what’s going to happen, as a writer you want to still surprise your readers. That’s what makes reading fun. 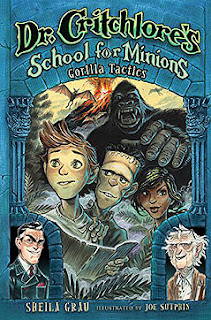 A: Oh my goodness, I have so many. For middle grade stories, I love and will read anything by Frances Hardinge. Same with Jonathan Stroud, Nancy Farmer, Kathi Appelt, Laura Amy Schlitz, Megan Whalen Turner, Eva Ibbotson, and Sara Pennypacker. Kelly Barnhill is a new favorite.

A: Right now I’m working on book 4 in the Dr. Critchlore’s School for Minions series, which is due to come out in 2018. That series follows a somewhat gullible kid who goes to a school filled with monsters. The school is in near constant peril from a rival school, and it’s usually up to the kids to save it.

A: I love to hear from readers. You can visit me at sheilagrau.com, where I occasionally post silly short stories, mostly from the point of view of monsters.

Thanks for having me!