Philippe Girard is the author of the new biography Toussaint Louverture: A Revolutionary Life. His other books include Haiti, and he has edited and translated The Memoir of Toussaint Louverture. He is a professor of history at McNeese State University, and he lives in Lake Charles, Louisiana.

Q: You write, “The challenges that the biographer of Louverture faces are many.” Why did you decide to write about him, and what were some of those challenges?

A: My initial interest in Toussaint Louverture simply comes from the fact that I was also born in the French Caribbean (Guadeloupe), where Louverture, as the leader of the only successful slave revolt in Caribbean history, is a towering historical figure.

But I would not have spent 10 years of my life studying him if he had been a one-dimensional figure; his complex personality, akin in many ways to his contemporaries Napoleon and Jefferson, is what brought me back to him every time.

As for the challenges, they are of two types: logistical and analytical. Louverture wrote thousands of letters and memoirs, but they are scattered in archives on both sides of the Atlantic: France, Haiti, the U.S., Cuba, Britain, Spain... Piecing together his papers, which have not been published or even cataloged, was a monumental endeavor. 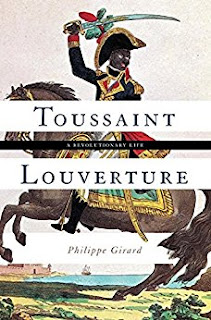 Analytically, he was a secretive person who kept his cards close to his chest. His contemporaries acknowledged that they could never truly get "inside his head." Doing so two centuries after the fact was even more difficult!

A: I researched the book over many years. Most of the work took place in France, which I visit every year as I have family there, but I also had to make trips to Philadelphia, Puerto Rico, New York, Cap Haïtien, and London, among others.

Altogether, I visited over 20 archives. Luckily, these are all very nice places!

I was also fortunate to be awarded a semester-long research fellowship at Harvard’s Hutchins Center, which gave me enough time to complete my research and finish the manuscript. Professor Henry Louis Gates Jr. has created a wonderful research center on black history there.

When I began the research, my image of Toussaint Louverture was quite traditional: like everyone else, I saw him as an idealistic hero of slave liberation.

I was quite surprised to read in contemporary accounts that in his time he was seen as a complex and even devious character, and research in primary sources confirmed this. Among other things, Louverture had been free prior to the Haitian Revolution and even owned and rented some slaves.

The single biggest surprise occurred when comparing research notes with those of my colleague Jean-Louis Donnadieu in the spring of 2012: it suddenly dawned on me that Jean-Jacques Dessalines, the first leader of independent Haiti, had once been employed as a slave by Toussaint Louverture! 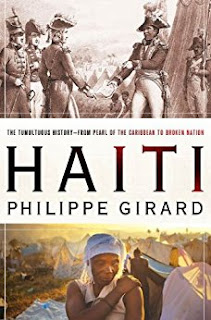 This contradicted everything I thought I knew about Louverture. It took me years to fully comprehend his pragmatic worldview and understand the rationale behind some of his decisions.

Q: In the book, you write, “And the more we learn of Louverture, the harder it is to pin him down.” Can you say more about the contradictions that you see in his life?

A: The main issue of his time was slavery: whether it was right for a person to own and exploit another—but also, should slaves be freed, whether Haiti’s plantations would survive emancipation.

Let’s not forget that Haiti was the leading producer of Europe’s sugar and coffee when the revolution broke out. He spent his life trying to reconcile those two objectives.

He owned and exploited slaves as a freedman, but he also bought the freedom of his relatives. He launched the greatest slave revolt in world history, but then he forced former slave to continue working under a very strict labor regime.

He wanted to protect the interests of both slaves and planters (he had been both), and the tragedy of his life is that he never fully succeeded to square that circle.

Q: How would you describe Louverture’s legacy today?

A: In Haiti, he is obviously a hero: the national airport and countless monuments are named after him, and writing anything that could be interpreted as a criticism of his record is highly controversial. 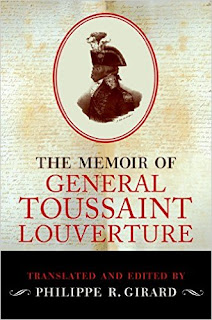 I learned that from personal experience in the fall of 2013, when I attended the Haitian Studies Association meeting in Port-au-Prince. My paper was published ahead of time in the national daily, and some of my findings did not go well with the general public, to say the least!

But Louverture’s complex record is precisely what has made him so interesting to me and to people around the world. His legacy is so disparate that it has been appropriated by seemingly everyone. In the 19th century U.S., both proponents and opponents of abolition cited him as an example.

When visiting Besançon in France (a city near the prison where he spent his last months), I was surprised to find his portrait adorning the local trolleys: the French now see him as a hero of their revolution even though Napoleon was responsible for his death.

Louverture has also been coopted throughout the Caribbean as a leading figure of the struggle against colonialism, even though he never declared Haiti’s independence from France.

Louverture saw himself more as a Frenchman and a Caribbean Creole than an African descendant, but the people of Benin, where his parents came from, have erected a statue to honor him as a shining example of the African Diaspora.

A: More biographies of Haitian revolutionaries! In October 2015, Professor Gates invited me back to Harvard to give the Huggins lecture series. I chose to focus on four remarkable individuals from the revolutionary era.

Jean-Baptiste Belley was a former slave who convinced the French national assembly to abolish slavery in 1794 and then became France’s first black deputy.

Isaac Sasportas was a Jewish idealist who died trying to export the Haitian slave revolt to Jamaica.

Joseph and Marie Bunel were a bi-racial couple that played a key role in Louverture’s regime (he was Haiti’s first ambassador to the U.S.).

I’m working on turning these four mini-biographies into a book. The Haitian Revolution was so multifaceted that the best way to retrace it, I have found, is to tell the stories of its main actors.

Biography has fallen out of favor among many professional historians because they see it as a form of top-down, “great men” history; but I find biography to be a tool that is both useful and compelling.

A: Everyone knows of the French and the American revolutions; the Haitian revolution tends to be less studied even though it was the most radical of the three.

Similarly, people like Jefferson, Washington, Robespierre, and Napoleon are better known to the public than Dessalines or Rigaud.

My goal is to bring people’s attention to this momentous revolution, and especially to the fascinating figure at its center: Toussaint Louverture. I hope this book will achieve my goal!