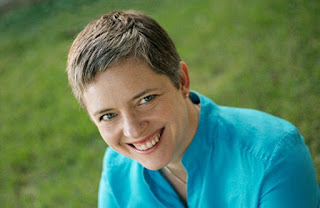 Paige Britt is the author of The Lost Track of Time, a novel for kids. In addition to her writing, she is a meditation instructor and spiritual director, and she lives in Texas.

Q: How did you come up with your character Penelope and the concept for this book?

A: Years ago, I was working at an Internet start-up and decided to go on a much-needed meditation retreat. While on the retreat, I had the unthinkable luxury of sitting and doing nothing. It was amazing! In the stillness and the quiet I started to do things I hadn’t done in a very long time—read and write…draw and paint...and dream.

One night, I had a dream where a girl in overalls was talking to a tall man with crazy red hair. It was such an interesting conversation that I woke up, grabbed a pen, and started taking notes.

And that’s how I met Dill and Penelope. I just kept writing and not long after a story began to emerge—a story about a girl, pressed for time, who discovers the Realm of Possibility. It was a story straight out of my own life! 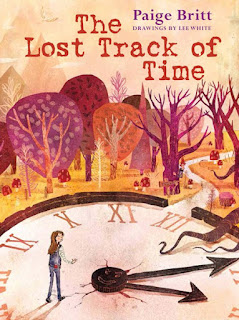 Q: The idea of using one's imagination plays a big role in the book. What do you hope your readers take away from the novel?

A: I want readers to feel like they have permission to “moodle.” I learned about moodling from Brenda Ueland in her book, If You Want to Write. She says, “The imagination needs moodling–long, inefficient, happy idling, dawdling and puttering.”

As a child, I was a great moodler but gave it up once I became an adult. I felt like I had to be busy in order to be worthwhile. Boy, was I wrong!

I had to write The Lost Track of Time to remember how important it is to allow myself time to do nothing. Creativity thrives when you slow down and let your ideas gently percolate. I hope my book inspires readers—young and old alike—to never, ever, stop moodling.

Q: Did you plan the book out before you wrote it, or did you make changes along the way?

A: I wrote The Lost Track of Time completely by the seat of my pants. I did almost no planning and made lots and lots of changes along the way.

I had to trust that my subconscious knew where it wanted to go. I let my mind wander and took notes wherever it went. In short, I moodled a lot, which is exactly what the book is about!

A: Roald Dahl has been an inspiration, especially the boundless energy and imagination of Charlie and the Chocolate Factory.

I was also deeply inspired by Norton Juster and The Phantom Tollbooth. It’s one of those extraordinary books that you can read as a child or as an adult and it works on both levels. It’s a story for all ages—full of whimsy and wordplay—that talks “up” to kids, instead of down. That’s just the kind of book I wanted to write!

A: I have a picture book called Why Am I Me? coming out in the fall of 2017. It’s a story about two kids—a boy and a girl—each asking the big questions in life and discovering the answers, not in a book, but in each other’s eyes.

I’m also working on a new novel called The Namesake, about a girl who is adopted and her brother who has a mysterious relationship with water and the weather. It’s still very much a work-in-progress, so stay tuned...

A: Yes! You should know how much I appreciate being a part of your blog. Thank you, Deborah.