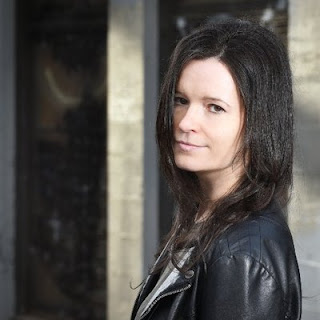 Jennifer Croll is the author of the new young adult book Bad Girls of Fashion: Style Rebels from Cleopatra to Lady Gaga. She also has written Fashion That Changed the World. She has worked for various magazines, including NYLON and Adbusters, and she lives in Vancouver, British Columbia.

Q: How did you come up with the idea for your new book and for the women to include, and are there some things that unite them all?

A: Bad Girls of Fashion was born via conversations I had with my brilliant editor, Paula. We were discussing the idea of a book about rebellious women, and because I used to work at a fashion magazine, the fashion angle seemed natural.

Choosing who to profile was the most difficult part about writing Bad Girls. I wanted to include a diverse group of women from throughout history who confidently and intelligently used fashion as a tool to get what they wanted.

So when I was considering my subjects, I was looking at what, exactly, they did with clothing. If they just had a couple of kooky outfits, that wasn’t enough.

They had to dress with a purpose in mind; they had to realize the power of fashion as a tool of communication. They had to have made their own choices; they couldn’t have just been following someone else’s lead. They also had to have led interesting lives with enough twists and turns (and costume changes) to make compelling reading. 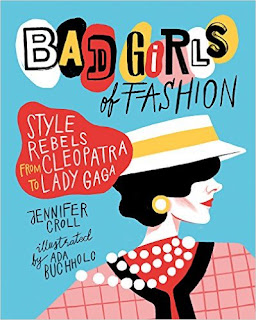 Q: You start with Cleopatra. Why did you choose to begin with her, and why has she remained so famous for so many centuries?

A: Well, the book is organized chronologically, and Cleopatra was born more than 2,000 years ago, so she was a shoo-in for the opener.

As you’ve noticed, I think, she makes a great introduction to the subject. She was an extremely powerful woman, partially because she was adept at manipulating public opinion, and she readily used fashion to do that.

As for why she’s still famous, her power and savviness made her an interesting dramatic subject for Shakespeare and later a career-defining role for Elizabeth Taylor. The combined attentions of history’s greatest dramatist and one of the 20th century’s most famous actresses have pretty much cemented her in the public imagination.

Q: Marie Antoinette is the focus of your second chapter. What are some of the most common perceptions and misperceptions about her?

A: The most common misconception is that she said, “Let them eat cake!” The line came out of the autobiography of the French philosopher Rousseau, who attributes the line to a “great princess”; people assumed he meant Marie Antoinette, but she was only 9 years old at the time, not even living in France.

People thought she said it because she was assumed to be selfish and cruel. And while it’s true that Marie Antoinette spent vast sums of money on fashion while people were starving, she wasn’t a one-dimensional monster. She was a French queen at a time when the queen’s one and only job was to produce an heir. 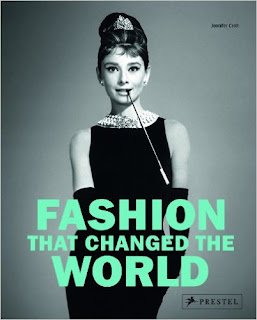 Imagine yourself in that situation, as the mere vessel for a future prince! It’s depressing. She was groomed for the throne from a young age, her marriage negotiations treated her like she was livestock (the marriage deal involved having to totally change her appearance), she was married at 14, and she was queen by 19.

She didn’t immediately become pregnant, so she was subject to criticism and scorn at court—and in an effort to get away from that, seize a little power for herself, and—I’m going to guess—have a little bit of fun in what was a dreary, regimented existence, she started to break all the fashion rules she was supposed to follow.

She stopped wearing a corset, she adopted men’s riding clothing, she wore elaborate hats, she wore loose dresses that were very comfortable, but outraged moralists. Unfortunately for her, her teenage rebellion became a symbol of great inequality, and while she probably didn’t start the French Revolution, she took a lot of the blame.

A: I’m working on my third book, which is a bit of a companion to Bad Girls of Fashion. I’d rather not spoil the secret, but it tackles a whole other group of fashion rebels.