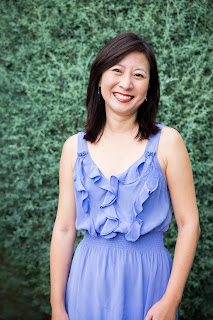 Cheryl Lu-Lien Tan is the author of the new novel Sarong Party Girls. She also has written a memoir, A Tiger in the Kitchen, and has edited the anthology Singapore Noir. Tan, who grew up in Singapore and is based in New York, has worked for The Wall Street Journal, In Style magazine, and The Baltimore Sun.

Q: How did you come up with the idea for your novel and for your main character, Jazzy?

A: “Sarong Party Girls” is a -- slightly derogatory -- term that refers to a type of woman in Singapore whose main goal in life is to meet, date and perhaps marry an expat Caucasian man.

As Jazzy and her cohorts explain in this book, the ultimate goal is to have a “Chanel baby” -- a half expat, half Singaporean child that is such a status symbol it is the “Chanel of babies.”

I find that term -- which I actually heard from a girlfriend in Singapore, though spoken in jest at the time -- hilarious and think it says a lot about hyper materialism you can sometimes see in modern Asia, and perhaps, how race and class fits into all of that.

This is a book I've probably had in the back of my mind for years because I've always found Sarong Party Girls and the culture around SPGs completely fascinating -- this little subculture in Singapore, to me, says something possibly significant about the ​country and the gender and racial politics of the place. 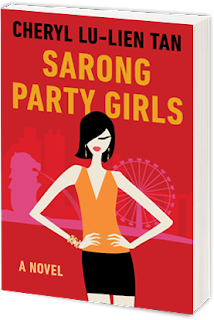 Why is it that there exists a certain type of woman who sees status and material value in having a Caucasian husband or boyfriend? What are the forces of our history -- colonial or otherwise -- that have shaped this desire and belief in the value of Caucasian-ness?

Seeing SPGs and peering in at SPG bars in Singapore when I was a teenager always made me ponder these questions, so when it came to writing my first novel, this very Singaporean character that had always fascinated me​ came to mind.

Q: Jazzy tells her story in Singlish, which you describe as “packed with attitude and humor and often…deliciously vulgar.” How did you create her voice?

A: Jazzy’s was a voice that I heard very clearly from the very beginning. While my friends and I do speak Singlish when I’m in Singapore, the Singlish we speak is perhaps not as hardcore or (cheekily) vulgar as what Jazzy speaks so it was a lot of fun assuming her personality and identity as I was writing this and letting it all just spew out onto the page.

At the beginning, when she first appeared, I felt as if I had conjured her somehow. And I sometimes felt as if I were simply doing my best to type down the torrent of dialogue I was hearing in my head. 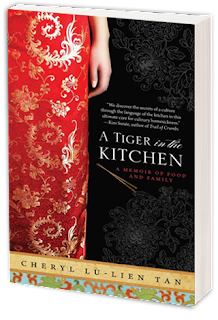 I greatly enjoyed writing this book and actually wrote much of this out loud -- Singlish is such a verbal language that I wanted to make sure I got it, and its energy, down right. So if something sounded off as I was typing, I’d delete it and start over.

Q: This is your first novel. Is your writing process similar when you’re writing fiction as opposed to nonfiction?

A: All my books have come about so differently and this one was certainly the most different -- I spent just over three years working on this book with just three people reading along with me for most of that time. It felt like a very lonely, secretive process.

And, as a journalist for so many years, I had spent all my time making sure everything was true -- going from making nothing up to making everything up certainly was a very different writing process!

That said, I truly enjoyed it and once I got into the groove of writing SPG I sometimes felt as if I were flying. It was exhilarating being able to take some kernels of research or truths and blow them up on the page and see where the trails took you.

Q: Did you know how the novel would end, or did you make many changes as you went along? 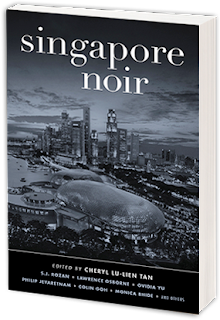 A: When I started writing SPG, I could see the first chapter and the very last scene very clearly in my mind -- I also had a very strong sense of Jazzy as a character, who she was, how she sounded, how she thought, what she wanted out of life.

Apart from that, I had no idea what was going to happen between the first chapter and that last scene -- but I trusted the Jazzy I was hearing in my head to be able to lead me from A to Z and she did.

Having said that, I did make a tweak to what I had thought would happen in the very last scene -- my image of it when I started the book had been just a bit more bleak.

But at the end of the journey that Jazzy took me through, however, I did come to realize that the Jazzy I had come to know over all those pages would have made a different choice than the original one I had imagined.

A: I’m working on a new novel, which is also set in Singapore -- it’s a very different novel set in a completely different part of the country, however. And while it has some Singlish in it, it’s not written first-person, entirely in Singlish.

It’s funny and dark though -- only in that way is it like Sarong Party Girls. I’m having a lot of fun writing it and can’t wait to share it.

A: I’m currently in the midst of my international book tour, which takes me to the International Festival of Authors in Toronto, the Ubud Writers and Readers Festival in Bali, Singapore, the Hong Kong International Literary Festival and the Miami Book Fair.

Do come out and say hello if you’re in any of those cities! All details here.