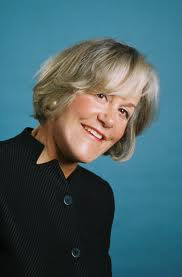 Kathryn Lasky is the author of More Than Magic, a new novel for kids. Her many other books for young readers include the Guardians of Ga'Hoole and Wolves of the Beyond series. She lives in Cambridge, Massachusetts.

Q: How did you come up with the idea for More Than Magic and your characters Ryder and Rory?

A: I have to admit that I was inspired by the animated character Merida in the enormously popular Pixar Disney movie Brave. My granddaughter loved that movie. I bought her one of those Merida wigs for Christmas and she was running all over our house in it.

Then it wasn’t six months later that I read about this outcry from some of the original artists who created the animated character. Merida was undergoing a makeover because she was going to become part of the pantheon of Disney Princess collection. There would be a myriad of products from backpacks to dolls.

They were changing her appearance drastically to make her look older, more sophisticated and more sexual for the teen demographic. Merida was no longer the spunky, tough little hero. 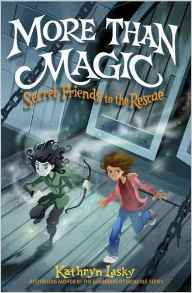 So I started thinking what if one of Merida’s creators had a daughter who had been the inspiration for that character? How would that spin out? Wouldn’t the inspiration and the cartoon character feel betrayed in some way? That could be a cool storyline.

Hence Rory, the animated character in More Than Magic, was “born” and so was her inspiration, Ryder, whose late mom, Andrea Holmsby, was the animator that had created her.

Q: The book blends magical adventures with computer knowledge. What did you see as the right balance between the two?

A: I had to be very careful not to go into too much arcane detail about the computer stuff. I had first hand knowledge of this process and CGI because of the Warner Brothers film Legend of The Guardians that was based on my own series, The Guardians of Ga’Hoole.

I had met the animators and saw how they worked. You’ll notice that the book is dedicated to Simon Whiteley and Grant Freckelton, who were the directors of animation for The Legend of The Guardians. 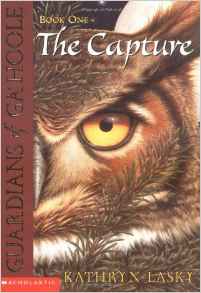 The irony is that this CGI stuff is almost magic, especially if you’re like me and technically deficient. I couldn’t write as if I knew too much! I know that sounds weird. I had had to know just enough and attempt to dazzle a reader with the magic and not the technology.

A: I’m never sure what I should want for readers beyond a compelling read that will make them want to keep reading.

There is a subtext in this book that evolved and sort of caught me by surprise and if the readers get it I hope it will not just enhance their enjoyment of the book but keep them thinking about it.

The subtext is really about what is real and what is not; those borders between reality and virtual reality and what happens when they brush up against one another.

One of my favorite lines is the book is when Ryder says to her friend: “Eli, I got news for you. The virtual world is not exactly virtual. In some ways it’s more real than the real world.” 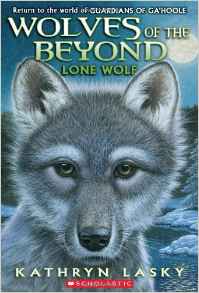 I actually had considered as a title for the book, “Becoming Real.”

A: I usually have a very vague idea of the ending. I need to know that but getting there is a circuitous route, and that involves many changes along the way.

Q: What are you working on now, and will there be a sequel to More Than Magic?

A: More Than Magic is a stand alone book. I am working on a new animal fantasy series, however, about polar bears.

A: Not that I can think of. But thank you for the opportunity to share my thoughts about More Than Magic.

--Interview with Deborah Kalb. For a previous Q&A with Kathryn Lasky, please click here.
Posted by Deborah Kalb at 6:56 AM