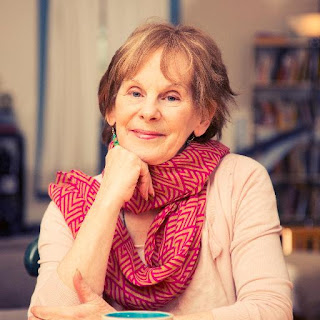 Judith Hooper is the author of the new novel Alice in Bed. It focuses on the life of the writer Alice James, who was part of a literary family that included her brothers Henry James and William James. Hooper's other books include Of Moths and Men and The Three-Pound Universe. Her work has appeared in a variety of publications, including The Atlantic and The New York Times, and she lives in western Massachusetts.

Q: Why did you decide to write a novel about Alice James?

A: It happened when I was researching a nonfiction book centered in late 19th century Boston that was refusing to come together. I fell mysteriously ill (not unlike Alice James) and while stopped dead in my tracks, I found myself unexpectedly switching gears to fiction.

William James had been part of my stalled book and I was drawn to the diary and letters of his “hysterical” sister. Alice was droll, original, and somehow startlingly modern; she didn’t suffer fools gladly and painted hilarious word-portraits of her world (referring to Britain’s “tinsel monarchy” and observing, “How they must love to see a back!”)

Perhaps because she herself had suffered, she empathized with the English poor, the Irish, and colonized people everywhere. She’d have made a great heroine even if she hadn’t had two famous brothers and written a diary that stunned the literary world.
As a devotee of Proust, I was drawn to this person with a vivid inner life and almost no outer life. But how to write it? My solution—which did not emerge immediately-- was to start with Alice in bed, in England, in 1887, and travel back in time as she relives (or re-dreams) her life.

Q: How did you research the book, and what did you see as the right blend of the fictional and the historical in creating the novel?
A: I think it is a personal choice dictated partly by the research material available. I tried to make a world that was true, believable, and three-dimensional, without anachronisms. (An example of a near-anachronism: In writing a scene with Alice and Henry in Montmartre, it was only luck that I discovered that the basilica of Sacre Coeur had not been built in 1875. Glad I checked.)

About 75 percent of Alice in Bed is factually true; and the other 25 percent is, I like to think, plausible. Like many people of the era, the Jameses burned many of their letters, and I like to imagine that the scenes I invented were channeled from the letters that went up in smoke. 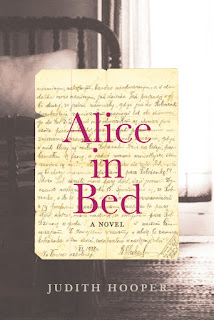 I read everything Alice James wrote, which is to say, her letters and her diary. I combed through hundreds of James family letters; studied Henry’s novels, travel diaries, journals, and autobiographical writing, William’s letters, journals, psychological papers, and forays into the occult. (He was fascinated with psychics and famous for hypnotizing guests at Beacon Street dinner parties.)

I read histories of Harvard; late 19th medical tracts, steamship narratives and railroad timetables. I wanted to know how people talked, what words they used; how many trunks they took when they sailed to Europe and what the hotels were like.

As I was interested primarily in recreating the world of women, I researched clothing and hairstyles as well as the sort of helpful advice dispensed to women in magazines such as Godey’s Lady’s Book.

The 19th century was a great age for friendship and of letters. Our age seems impoverished by contrast.

A: At first I wanted to call it “Arm Yourself Against My Dawn,” an excerpt from a letter Alice wrote to her brother William. The rest of the quote was, which shall cast you and Harry into obscurity. It is so deliciously Alice; she is joking but there is a hard core of truth in it.

But I could never remember the title exactly, so I decided on “Alice in Bed,” although it had already been the title of a play by Susan Sontag and a novel by Cathleen Schine.

It’s a play on words, obviously; Alice’s bed is her sickbed; but it is also the bed she shares with her lovers, Sara Sedgwick and Katherine Loring, and the place where she dreams her life.

Q: The novel jumps around chronologically--did you plan the structure before you started writing, or did it develop as you went along?

A: It developed slowly; I actually rewrote the novel three times. Alice’s mind is astonishingly creative, but at some point we need her to get up and do things. 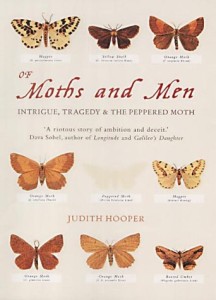 So the novel starts in 1887, with Alice, age 38, living in rented rooms in Leamington, in the English Midlands, with a hired nurse. That part consists of five short chapters.

In Part II, we travel back to her youth in Cambridge, Massachusetts. That section begins with her youthful lesbian love affair, at age 18, and ends in 1878, when William marries and (not coincidentally) Alice suffers her most serious nervous breakdown.

In Parts III and IV we are back with Alice in Leamington. from 1887 until 1893. But through Alice’s memories and daydreams, we keep delving into the past, tunneling ever closer to the events and circumstances that formed Alice James.

Q: Much of the novel deals with the relationships among Alice and her brothers, including Henry James and William James. What was Alice's role within the James family, and what does her story say about the role of women during her lifetime?

A: Alice was the youngest child and only girl in a brilliant family that was also haunted by mental illness. She adored her four brothers, and they her, but as a female her fate was fixed and her choices limited (marriage or being “a comfort” to her elderly parents).

Marriage did not tempt Alice, and, unlike her busy, practical mother, she was bored by housekeeping. She was equally ill-suited to the occupations open to upper-class Boston females--doing charity work and serving on committees. She was born 10 years too soon to go to college (and her father considered colleges “hothouses of corruption” in any case).

She had a brief fling with Boston’s Society to Encourage Studies at Home, becoming a history teacher in a mail-order educational program for women living in cities and towns lacking libraries. As her health unraveled, this did not last, either, though it did introduce her to Katherine Peabody Loring, with whom she entered into a lifelong “Boston Marriage.” 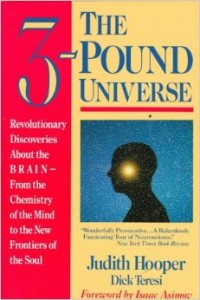 Like her brother Henry, Alice was an introvert and an intellectual; she was fascinated with history and politics, read serious books, and subscribed to 30 or 40 newspapers, magazines, and journals while living in England.

She was a born writer—with the Jamesian subtlety joined to a more direct prose style and more subversive social and political attitudes. But female literary ambitions were not encouraged. A woman’s place was in the home and exposing oneself to the public, even having one’s name in the newspaper, was considered very poor taste, an embarrassment to one’s family as well as oneself.

Fortunately, as sometimes happens, illness and misfortune drove Alice deeper into herself and unlocked her muse.

If you noticed a hint of incest in Alice in Bed, you are not mistaken. In the 19th century, when girls were kept from mingling too much with the world, brothers and sisters and cousins frequently formed close, quasi-erotic bonds.

Alice’s father, the mercurial Henry James Senior, had a flirtatious relationship with her, and William often played her courtly lover, writing Alice romantic sonnets and love letters from abroad. Her relationship with Henry was less flirtatious but very deep, and was most likely the model for the psychically enmeshed brother/sister pair in The Turn of the Screw.

The four James brothers were all enamored of their cousins, the five Temple girls. Minny Temple, who died in her early 20s, was the template for several of Henry’s heroines, including Isabel Archer of The Portrait and the tubercular Milly Theale of The Wings of the Dove.

There are hints here and there that William at one time proposed marriage to Minny Temple, and this is explored in Alice in Bed. There is also a strange episode involving Minny’s elder brother, the sociopathic Bob Temple, and 13-year-old Alice. But I don’t want to give too much away.

A: I’m working on a novel, set in the present or recent past, tentatively entitled How to Disappear and Never be Found. The main characters are three teenage girls from a performing arts high school who make a suicide pact. (It is not a YA novel.)

A: What drew me to Alice James and her brothers was their idiosyncratic family culture. Thanks to their father’s distrust of schools, they were educated privately, largely in Europe.

Thus the five siblings—William, Henry, Wilky, Bob, and Alice-- grew up like an isolated tribe on an island, with their own language and customs. (They all spoke fluent French.)

I found it intoxicating to be in this world, to sit around the James dinner table in Boston in 1875, listening to the jokes and bons mots fly. I hope my readers will have the same experience.