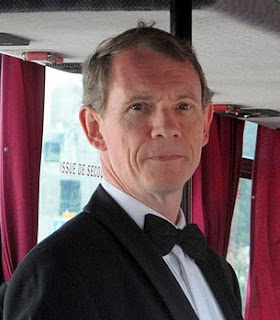 C.J.C. Whitehouse is the author of the new book Lone Buffalo: Conquering Adversity in Laos, the Land the West Forgot. It is a fictionalized version of the life of Manophet Mouidouangdy, whom Whitehouse first met in Laos in 2001.


Q: Why did you decide to write this book, and why did you opt to fictionalize your protagonist’s life?

A: Little is known in the West about what it was like to grow up on the Plain of Jars in the aftermath of the devastating bombing to which the area was subjected during the Secret War.

For years, Westerners were prohibited from entering Laos, and when the country finally reopened its doors few northern Laotians could speak any language other than their own.

But Manophet (the protagonist) had taken a far-sighted decision to teach himself English, and this gave him a rare ability to communicate the missing history to outsiders.

I felt his unusual story deserved to be more widely heard, but the Lao have no tradition of story- or biography-writing, so there was a risk that it would simply be forgotten if a westerner didn’t step up to the plate.

It soon became clear that much of the information that I was gleaning in interviews was only moderately reliable.

Until recently, most northern Lao depended exclusively on the spoken word, writing nothing down, and accounts of events could vary, depending on who I was talking to – particularly when it came to events that had taken place 30 or 40 years earlier.

To confuse matters further, “the whole truth and nothing but the truth” is not really a recognized concept in Laos. Truth tends to be offered piecemeal, and some Lao have a habit of borrowing truth from the lives of others when it suits them.

Against this background, fictionalizing the story seemed to make more sense than trying to write a biography, and this approach felt increasingly appropriate as I proceeded, even though many of the “characters” in the book were still alive. 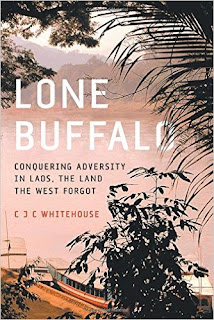 Q: What sort of research did you need to do, and was there anything that particularly surprised you in the course of your research?

A: With so little written material to draw on, my primary objective was to interview as many of Manophet’s family, friends and acquaintances as I could persuade to talk to me.

Arranging an audience with his mother (who is almost 90) and other siblings presented an interesting challenge. Following Manophet’s untimely demise, the only English-speaking member of the family was a brother based in the U.S., so I began by flying across the Atlantic to meet him.

Once he had satisfied himself that my desire to write a book was genuine, a rapport developed, and in due course I asked if he would be prepared to arrange a meeting with the rest of [his] family and act as interpreter.

It took several months to overcome the logistical difficulties, but eventually he flew 8,000 miles west around the globe, while I flew 6,000 miles east, and we all met up at his mother’s house on the Plain of Jars.

It came as a delightful surprise to learn that Fred Branfman had retained Manophet’s e-mails to him and was happy for me to read and reproduce them. They convey a wonderful sense of both men reaching out to one another.

Fred was already something of a legend in Manophet’s eyes when they met, but Manophet then became a significant piece in Fred’s jigsaw, because Fred was painfully aware that his seminal book, Voices from the Plain of Jars, had been written in absentia. Manophet was able to supply him with the insight and context for which he had always thirsted.

Q: What do you think are some of the most common perceptions and misperceptions about Laos in the United States and Britain?

A: A not-uncommon misperception in Britain is that Laos is in Africa! From what I can gather, education levels in the U.S. (as regards Laos, at least) are higher than in Europe, possibly because the Vietnam War does not feature prominently in school curricula over here.

Many Europeans are not even aware that Laos was bombed, let alone that it is the most heavily bombed country on earth. There is a widespread perception that an incompetent regime was entirely to blame for Laos’s failure to prosper between 1975 and 2005, a time when most other countries in the region were flourishing – when in fact the country’s war legacy was also a significant factor.

Most visitors are profoundly shocked when they discover how many Lao are still being killed by unexploded cluster bombs each month, even though mortality levels have fallen steadily over recent years.

Q: What do you think Manophet’s story says about relations between Laos and the United States?

A: The Lao living on the Plain of Jars give the impression that they are ready to forgive the enemy who turned a blind eye to their country’s neutrality and razed their state capital and its environs to the ground. U.S. politicians, for their part, appear more than happy to capitalize on their generosity and let the misapprehension that America never bombed Laos take root anew.

And yet, as the book highlights, there is a chasm between the reaction of successive U.S. administrations, which have one by one abrogated as much responsibility as they can for clearing up the mess left behind by the bombers, and the reactions of ordinary U.S. nationals when they are apprised of what was done in their name by the U.S. government of the time.

Several individuals have recently tried to make reparation in their own way, and their generous actions have gone some way to restoring America’s reputation.

A: Lone Buffalo was Manophet’s self-styled sobriquet (the school that he founded is now called the Lone Buffalo School). On the face of it, the name derives from a situation that arose when he was at his lowest ebb, which is described in the book.

But when I asked him about this in 2001 he gave me a different, rather elliptical, explanation that hinted at something deeper. Alas I was never able to get to the bottom of this riddle.

A: I’ve always felt a writer should abstain from writing unless he’s convinced he has something worth saying. Right now, I have no compelling idea up my sleeve.

A: Digging into the Secret War and its legacy can be a grim exercise, but Manophet’s determination not to be beaten by his circumstances makes this an uplifting book, as opposed to a depressing one. He set a remarkable example during his short life, one that I hope readers will find inspiring.

--Interview with Deborah Kalb. This Q&A also appears on www.hauntinglegacy.com.
Posted by Deborah Kalb at 7:27 AM