Randy Roberts and Johnny Smith are the co-authors of the new book Blood Brothers: The Fatal Friendship Between Muhammad Ali and Malcolm X. Roberts has written many other books, including biographies of Jack Johnson and Jack Dempsey. He is a distinguished professor of history at Purdue University. Smith is also the author of The Sons of Westwood. He is an assistant professor of history at Georgia Tech.

Q: Why did you decide to write this book together about Malcolm X and Muhammad Ali?

RR: Johnny was one of my graduate students at Purdue University. We started working together on various projects, and after Johnny got his Ph.D. we were thinking of doing a biography of Muhammad Ali. The more we got into it, we realized how the heart of the story was how Cassius Clay became Muhammad Ali, and the role Malcolm X played.

We shifted our attention—instead of trying to cover the canvas of his entire life, we dug in, in the period of the early 1960s, when America seemed to be coming apart and the racial consensus was dividing.

JS: I would just add, I think the book works well because there’s one narrative voice. This was a true collaboration. Randy and I talked on the phone multiple times a day…

Q: You write of the two men, “Theirs was an improbable relationship.” Would you describe it as an actual friendship, or more a relationship where each was somehow using or getting something from the other?

RR: I would describe it as something that certainly developed into a friendship, but both were a little wary of each other.

They did want to get something from each other. Malcolm wanted more from Cassius, but Cassius used Malcolm to find his voice. Malcolm would read one of his speeches, and [soon] Cassius was saying something that was just about the same thing.

Muhammad Ali was a little bit of a mimic—he did it spectacularly well. Many of his ideas were not his ideas; he was adopting many from Malcolm X, and Malcolm from Elijah Muhammad. 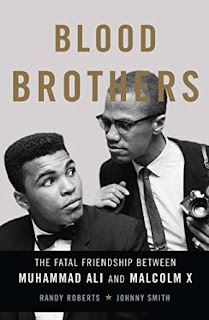 JS: I would echo what Randy said. It’s remarkable how we’d be reading a news story with Clay, and obviously he had come from a meeting with Malcolm in New York.

You knew [based on] what Clay was saying about the civil rights movement—he had said he was in favor of the NAACP, and a couple of days later he was saying that the NAACP was ignorant.

By 1963, Clay had embraced the message of the Nation of Islam, and the rhetoric of Malcolm X. You can see the evolution of Cassius Clay into Cassius X.

RR: If we hadn’t studied these two people side by side, we would never have been able to see the impact they had on each other.

Q: What do you see as some of the most common perceptions and misperceptions about Malcolm X? About Muhammad Ali?

JS: The misperceptions about Malcolm—I ask my students about him, and they think he was in the Black Panthers, that he hated white people. There’s a lot of confusion about his legacy.

We try to say in the book that he was not in the Black Panthers; he was a symbol of black empowerment. He wanted black people to understand they [should] be proud they’re black…and reject integrationist ideas.

Malcolm was a black nationalist—to him that meant that black people had to build their own institutions, without whites, or else they would have to compromise. He was totally uncompromising… 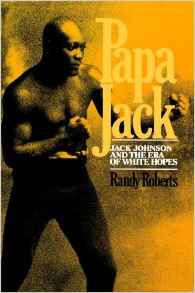 RR: On Muhammad Ali, it’s the importance of timing. Most of my students, most Americans, we think of two Alis—Ali today, [with] Parkinson’s syndrome, a beloved figure, and the other Muhammad Ali, the Louisville Lip, “I am the greatest.” He’s kind of beloved in that sense too.

But most people don’t remember when he was one of the most hated people in America. An athlete and a politician that would finish dead last in a popularity poll—that was [Muhammad Ali and Malcolm X].

The world changed. Muhammad Ali’s position on Vietnam became popular. Timing’s everything—but at the time they were on the wrong side of the equation. America changed more than Muhammad Ali changed.

JS: One of the things that made the project so fun is that Randy and I went on every trip together. When you write a book yourself, no one is as excited as you.

With this book, we were at the National Archives, in Louisville, at the Schomburg Center for Research in Black Culture. We’d both get excited when we found a new source.

We knew we had to write a chronology of the day-to-day activities to know when Clay and Malcolm were together…having the timeline helped us read [FBI files] in a way no one else had…It helped us reveal the relationship in a new light. 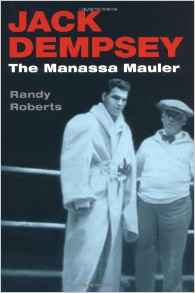 RR: The construction of this book was like a giant mystery story. It was a puzzle…

Q: So how would you describe the impact each man had on the other?

RR: The impact Malcolm had on Clay was easiest. Malcolm was the senior partner. He didn’t really care about boxing—he thought it was exploitive of African Americans and controlled by Jewish men, and if you’re in the Nation of Islam, there are no worse people.

But he saw something in Clay. He became his mentor…we can see Clay’s speech changing.

JS: You start to see it by 1963. In March 1963, Cassius Clay fights Doug Jones in New York. Malcolm X was at the fight. We were able to learn about his presence at the fight.

Cassius Clay [to Malcolm X] was more than a boxer—he could bring other young black men into the Nation’s fold. He could be a recruiting tool.

He sees potential in Clay—there was something Malcolm saw that others didn’t. He knew Clay was intelligent; he knew Clay needed a certain education about the world.

After Clay wins the heavyweight title, Malcolm X and Clay visit the United Nations…Cassius Clay meets ambassadors, diplomats from all over the world, and they know his name… 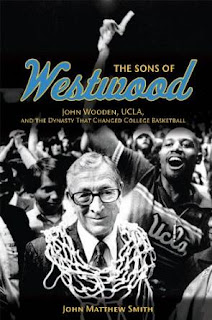 Ultimately, Clay and Malcolm go to the Middle East and Africa on separate trips. Muhammad Ali discovers he’s more popular abroad than at home, that he’s a symbol of black pride throughout the world.

It goes back to a conversation Malcolm X had with him—that he can be more than just an athlete.

RR: Suddenly, Muhammad Ali is a more powerful figure. His popularity and notoriety swamps Malcolm’s. Malcolm is a black American traveling to these countries, [seen as] just another politician, where now they can meet a real live celebrity [in Ali]. The power dynamic between the two changes dynamically…

Q: And what about the impact of Muhammad Ali on Malcolm X?

RR: The impact he had was when he doesn’t go with him [but instead sides with Nation of Islam leader Elijah Muhammad]. It destroys [Malcolm X’s] career. Had Cassius Clay gone with Malcolm X—if they had gone to Africa together, the impact of Malcolm X would have been [much greater].

JS: If you follow the pictures and the stories, Muhammad Ali has thousands of people following him. Malcolm X can go into a crowd and not be recognized. Muhammad Ali had an impact on Malcolm X—Malcolm X was forced to reimagine his future as an activist, what’s my life going to be now that I’m forced out of the Nation of Islam?...

There had not been black nationalist athletes before Muhammad Ali. In the end, Ali does not go with Malcolm, and Malcolm has to envision a new world without Ali by his side. If he had Muhammad Ali by his side, how much more successful [could he have been]?

Q: What are the legacies of both men today?

JS: Malcolm X’s legacy is something we see today in the Black Lives Matter movement, in Beyonce performing at the Super Bowl and [her dancers] forming an X. People look to Malcolm and remember his words and actions, that he stood up for black pride, freedom, human rights.

He wanted to move the civil rights movement to human rights…The myth is that for Malcolm’s whole life, he was simply a separatist. He was moving toward a unified movement at the end of his life.

RR: For Muhammad Ali, he changed the calculus of athletes in America, particularly black athletes. Before Muhammad Ali, athletes were used by the U.S. government and the civil rights movement, to present a more benign face to racism in America…

Suddenly, in February 1964, in the fight with [Sonny] Liston, he says he is a Muslim and a member of the Nation of Islam. The reporters registered shock, and he says, I don’t have to be what you want.

It’s what Beyonce was saying at the Super Bowl…she was saying, I can use this event how I want. I can take a more political view of the world. In many ways, she was echoing Muhammad Ali.

Q: Will you work on another book together?

RR: We actually are working on another book together!

Q: Can you say what it’s about?

Q: Anything else we should know about Blood Brothers?

JS: The one thing I might add is that people will be surprised at how there are really important consequences for both Ali and Malcolm when they broke apart.

Malcolm was being hunted by men inside the Nation of Islam who want to kill him…Readers will be surprised what Ali says about Malcolm X at the break.

RR: [Often people] want to put a patina on the 1960s, and think of the I Have a Dream speech…this book really looks at the anger of the 1960s. It’s a book about anger and violence, inside and outside the ring. It’s not about compromise. It’s ultimately a very sad story.