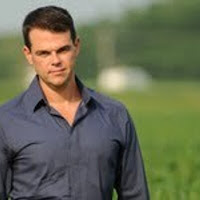 Jim Downs is the author of the new book Stand By Me: The Forgotten History of Gay Liberation. His other books include Sick from Freedom, and his work has appeared in a variety of publications, including Time and The Huffington Post. He is an Andrew W. Mellon New Directions fellow at Harvard University and an associate professor of history at Connecticut College. He lives in Cambridge, Massachusetts.

Q: You write, “My focus here is to correct the hypersexual caricature of gay men in the 1970s by exploring and recounting the everyday ways in which gay men sustained an identity and culture.” How did the caricature come into being, and why has it persisted?

A: The caricature of gay men as hypersexual has been around since the invention of homosexuality—since the late 19th century when the state and others in power began to define homosexuality and then regulate against it.

In other words, there is a difference between men having sex with men, which could be seen as timeless, and the naming of those practices that developed in the late 19th century.

When those practices are named, they were then summarily outlawed. Gay people consequently enter the historical record because of their so-called deviant sexual practices; they are only recognized as sexual beings.

This is only part of the story. In prewar Berlin, gay men created a vibrant culture that extended beyond sex but was then eradicated by the Nazis.

Gay men have often been engaged in the creation of a community and cultural identity that included sex but also involved the writing of their history, the development of literature, the making of a community. That part of gay history has often been downplayed or ignored in favor of the portrayal of them as hypersexual. 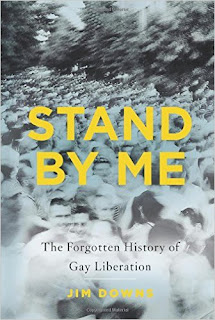 In the recent past, the outbreak of HIV, which confounded doctors, public health officials, journalists, and gay people themselves, perpetrated the notion of gay men as hypersexual.

In my research, I uncovered, for example, the creation of a global gay religious movement that began in L.A. in the late 1960s but then spread across the country and other parts of the world.

Gay men established their own specific church, The Metropolitan Community Church, and others created offshoot organizations, such as Integrity for Gay Episcopalians, Dignity for Gay Catholics, Beth Chayim Chadash for Gay Jews, and the list goes on for many other religious traditions.

Yet, the narrative of gay men being hypersexual and by extension immoral purposely erased the history of gay people praying in churches and in synagogues.

Q: Your first chapter is called “The Largest Massacre of Gay People in American History.” Why did you choose to begin with this event, which took place in New Orleans in 1973?

A: This event embodies the major argument of the book. As I mentioned above, many more LGBT people were involved in the making of the gay religious movement than we have previously known or even imagined.

In New Orleans, members of the Metropolitan Community Church met on June 24, 1973 to celebrate the fourth anniversary of the Stonewall uprising that marked the official start of gay liberation. When the anniversary celebration ended, the liturgy services began around 7pm.

Someone or possibly more than one person tried to get into the bar that had been converted into a church but since the bar was in an unsafe part of the French Quarter, the doors to the bar/church were locked.

A few moments later, the person or persons came back with a firebomb and detonated it on the steps leading to the second floor of the bar where members of the MCC met. 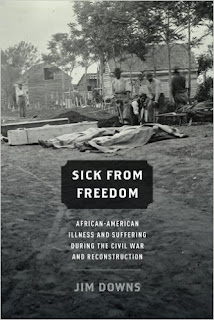 As I explain in the book in fuller detail, over 32 gay people were then killed in the fire, marking the largest massacre of gay people in U.S. history.

As I also explain, this was not the only church fire, there were other arson attacks on gay churches throughout the country. Much of this eerily evokes the tragic arson attacks of black churches during the 20th century.

We have rightly documented burnings against black churches but my book is the first to document arson attacks against gay churches.

Q: One of your chapters, “Body Language,” looks at the rise of the “macho gay man” in the 1970s. What impact did that image have on gay politics and issues during the decade?

A: I think the increased focused on appearance and bodily aesthetics had the directed effect of privileging masculinity and whiteness as the signature hallmarks of gay identity.

As I explain further in that chapter, the LGBT movement went from being a relatively racially diverse and inclusive movement in the early 1970s that was engaged in the black freedom struggle, the feminist movement and other social movements of the period to an apolitical movement in the late 1970s that forgot its more radical roots and commitment to the politics of all oppressed peoples.

A: The original title was "More than Just Sex," because I was trying to, as I explained above, [see] the 1970s as it was, not as HIV/AIDS has defined it.

I then chose "Stand By Me" because I realized that in negating that formulation, I was actually reifying it. So, instead, "Stand by Me" captured the mood of the period: how people often stood together as a community.

In the church in New Orleans in 1973, for example, seconds before the fire explosion, members of the MCC sang, “For united we stand, divided we fall, and if our backs should ever be against the wall, we’ll be together, you and I.” These lyrics proved to be sadly prescient but also [describe] the literal and even metaphorical way that gay people stood together.

A: I am working on a few projects. One is the sequel to this book about the 1970s; the other is a sequel to my first book, Sick from Freedom: African-American Illness and Suffering during the Civil War and Reconstruction, that charts the development of epidemiology as a field of study.

A: Gay History is a relatively new topic. Most people have not taken a gay history class in college or high school and often have not even had gay issues addressed in courses that aim to tell the history of the United States. So, I think, this book is crucial in trying to correct that absence and teach us about the past.