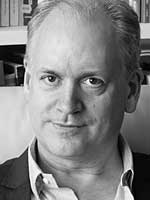 Simon R. Doubleday is the author of the new book The Wise King: A Christian Prince, Muslim Spain, and the Birth of the Renaissance. His other books include The Lara Family: Crown and Nobility in Medieval Spain. He is professor and chair of history at Hofstra University, and he lives in New York City and Santiago de Compostela, Spain.

Q: Why did you decide to write a book about the 13th century Spanish ruler Alfonso X, and what surprised you most in the course of your research?

A: I’ve always been drawn to medieval Spain: it’s a period of extraordinary cultural vitality, as well as instability and change.

To see the architecture of this period—the Gothic cathedrals of León or Burgos (which Alfonso helped to construct), or the Alhambra (built by the Muslim kings of Granada, who were sometimes his uneasy allies)—is to recognize at once that vitality; to hear the music (especially the Cantigas de Santa María) is to be drawn into a lost world.

Alfonso X was a king who was famed across Europe for his scientific learning, and who remains a household name in Spain, but who is largely unknown to English-speaking audiences outside the academic world, so I was attracted by the challenge of introducing him to a new public.

He actually played a slightly villainous role in my first book, the story of an aristocratic family who fell out with him midway through his reign, but the deeper I researched him, the more dazzled I was by his cultural achievements, and the more compelling I found the task of tracing his inner, emotional life.

There are many emotional surprises in the book: perhaps especially his warm relationship with his first-born daughter Beatriz, an “illegitimate” child who was born before his marriage but became queen of Portugal.

I am still trying to decipher the accusations of anger and madness that his enemies flung against him, towards the end of his reign. 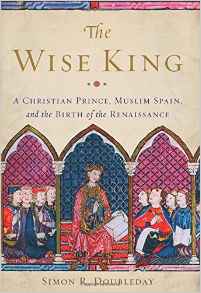 Q: You write of Alfonso that "single-handedly, he exorcises the myth that medieval Europe was mired in a dark age." How do you think he was able to accomplish this?

A: One of my favorite reviews of The Wise King so far points out that anyone who still believes that medieval Europe was a dark age is still living, in effect, in the dark ages.

The whole notion that medieval Europe was a backward, ignorant place is an invention, a concoction of early modern intellectuals who thought their own culture was qualitatively superior to any other that had existed in the past.

The reality is much more dynamic and colorful: the 13th century is full of talented, sophisticated rulers such as St. Louis IX of France, and the Holy Roman Emperor Frederick II, the so-called stupor mundi (the wonder of the world).

Alfonso probably outdid them all, through the brilliance of his scientific achievements, his musical patronage and compositions, his architectural program, and—not least--his role as a lawgiver, which is recognized in a relief image in the U.S. House of Representatives.

At the same time, I don’t want to revert to an old-fashioned “great man’ theory of history. Just as his rule was strengthened by a number of extraordinarily gifted women, including his grandmother Berenguela and his wife Queen Yolant, the Castilian Renaissance which he oversaw was driven by the creative energies of many people, including Muslims and Jews.

Q: How would you describe the dynamics between Christians, Muslims, and Jews in Spain during his reign?

A: One way of thinking about the relationship between Christians and Muslims is to envisage “Spain” and Portugal as the arena for competing forms of colonialism.

From the north, the Christian kingdoms were attempting to expand southwards, settling Andalusia, the Balearic Islands and elsewhere and desperately trying to consolidate the military victories they had enjoyed earlier in the century (a Castilian-led force had won a crushing victory at Las Navas de Tolosa in 1212, and Alfonso’s father had captured the great Muslim cities of Córdoba and Seville).

From the south, a series of Moroccan empires had attempted to expand northwards into Iberia, and during Alfonso’s reign the latest of them, the Marinids, were a constant threat for the Christians.

So Iberia becomes the arena for competing forms of empire. But empire also breeds hybridity, and Alfonso’s world was extraordinarily hybrid.

He set up court in the Muslim alcazar in Seville, and in many ways behaved as if he were “the last of the Almohad caliphs,” as Maribel Fierro has put it: not least, he initiated and fully shared their commitment to learning and wisdom.

He also drew constantly on the learning of Jewish translators and intellectuals, although tragically the last decade of his reign marked a downward spiral in the relative tolerance that Jews had often experienced in 13th century Castile. 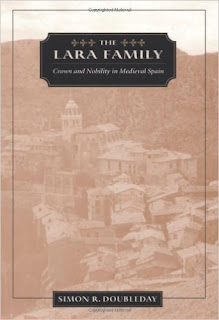 Q: What would you say is Alfonso's legacy today?

A: In the past, historians used to think that studying the past might serve as a “mirror” into which we could look, and find inspiration, comparing ourselves to what we could be.

This was something I tried to evoke, in the opening scene of the book, where Alfonso himself (at the age of 16) opens up one of the
“mirrors for princes” and begins to read; and in the last sentence of the book, where I suggest that his reign might serve as “a medieval mirror for modern readers.”

It’s not for me to suggest exactly what the reader should see, when he or she looks in the mirror, but I hope that by presenting an intimate portrait of the king, and by exploring some of the deepest elements in his emotional life (sex, fatherhood, friendship, anger, and so forth) every reader will find something that strikes a personal chord.

On another level, I think that his conviction that a wise ruler should lead his people in learning, as well as in battle, and could regenerate his country through culture, might offer food for thought for many politicians of our own day.

A: Terror and fear. There’s one remarkable, autobiographical song in which Alfonso recounts a nightmare he had while he was lying in bed with his wife, presaging the downfall of the city of Jerez (birthplace of sherry).

In the nightmare, he says, he dreamed of a mother and child, about to be consumed by the flames as the Muslims attack the city. The mother cries out for someone to take her child, so that he can live, even if she must die. He believes that the mother and child are Mary and Jesus.

I am interested in finding out whether we can see this nightmare as the result of battle trauma, and/or a pervasive climate of fear at the Castilian court, rather than simply as a spiritual tale.

I have a suspicion that, while chivalry served to bury the fears of warrior-rulers like Alfonso, these fears remained very deeply infused in the mindset of Spanish people, both sides of the frontier. Fear, in fact, may have been one of the great catalysts that drove the early Renaissance during his reign: instability is the mother of invention.

But after the summer, I will probably turn to Something Completely Different, in the words of Monty Python.

A: I’m always happy to answer your readers’ own questions: they can email me at simon.r.doubleday@hofstra.edu.