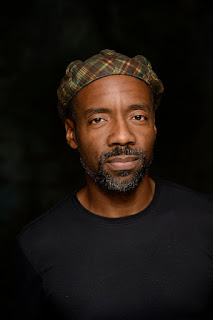 Lester K. Spence is the author of the new book Knocking the Hustle: Against the Neoliberal Turn in Black Politics. He also has written Stare in the Darkness: The Limits of Hip-hop and Black Politics. He is an associate professor of political science and Africana studies at Johns Hopkins University, and his work has appeared in a variety of publications, including The New York Times and Salon, and he is based in the Baltimore, Maryland, area.

Q: You describe the “neoliberal turn” as “the gradual embrace of the idea that society…works best when it works according to the principles of the market.” How does this concept affect black politics in particular?

If, for example, kids in schools aren’t performing well, black kids aren’t performing as well as their white counterparts, the [approach] becomes to generate market-based solutions to deal with it, instead of a solution [more focused on] the school system.

Q: Let’s look specifically at President Obama’s role—you write that he “has done much to aid and abet the neoliberal turn.” What are some examples?

A: If you look at what’s up to now his signature issue designed to deal with people of color, the My Brother’s Keeper project, what it does is acknowledge that young men of color face challenges, a range of contemporary challenges—unemployment issues, an achievement gap in schools.

What he proposes is a set of public-private partnerships that seek to make young men better fits for the market as it is, as opposed to dealing with the structural factors that generate the problems they’re facing. 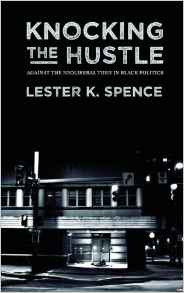 One argument could be, If they’re viewing the solution in market-based terms, then what’s the problem? The problem is that the solutions rarely work, and often make the problems even worse.

In the case of My Brother’s Keeper, the public-private partnerships that seek to make the boys better workers actually generate more inequality than what we had before.

Q: So what do you see as a better approach?

A: In general, if you look at the levels of inequality from 1929 to now, they dipped from 1929-1960, in large part because of political processes—politics took more control over the economy.

If we injected the federal government more in the schools than [under] the current relationship…if we had more taxes at the federal-government level to increase resources to the schools…probably we’d have better educational outcomes.

Instead of a market-based approach, what we need are more political outcomes. The state has the most important role.

Q: Looking at the presidential candidates, whose platform would you support?

A: Bernie Sanders. There are big challenges—the challenge is that Congress is not changing, so it’s not that Sanders would be able to implement through Congress any of the ideas he’s proposing.

Let’s take free public [college] education, that in and of itself. As students are coming out of school with debt, [his plan] makes college an option for large swaths of the population it’s not really an option for now. 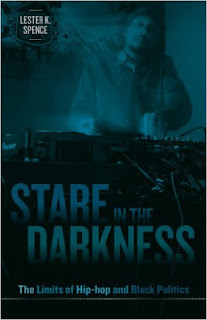 It’s the type of thing that theoretically he could do. In reality, he’d be significantly hamstrung. [But] he could forcefully make the case for progressive government.

Q: What role do you see the Black Lives Matter movement playing as far as attitudes toward the neoliberal turn are concerned?

A: A significant part of the neoliberal turn is when industry moved out of cities. These moves started as early as the ‘50s, and by the early ‘70s [the industries] were really gone. In the Rust Belt, it became possible to discuss cities like Baltimore, Gary, Detroit, as post-industrial.

But there were a large number of people in these cities who were put there to labor in industrial cities, and now are unemployed. What happens is the prison-industrial complex—folks are placed under its direct [control], or cities spend money on policing.

The Black Lives Matter movement is a response to the heavy use of policing in the wake of industrial flight. What they’re doing is responding to the consequences of the neoliberal turn, policing.

That’s something very valuable, because now we’re having conversations about the police, the police budget, how they should function. We haven’t had those conversations since I’ve been an adult—you may have to go back to the late ‘60s and early ‘70s.

The challenge is the types of violence visited upon the black population. There’s a lot more that black folks are having to deal with. Freddie Gray, the neighborhood he lived in, Sandtown-Winchester, is pretty much toxic. His family [filed] a lawsuit because the house they lived in was filled with lead and they were afflicted with lead poisoning.

[The Black Lives Matter movement is] dealing with incidents of anti-black police violence, which is important, but the economic violence in general, they haven’t quite wrestled with.

A: I talk about the hustle at the beginning of the book—the hustle was synonymous with a con—if somebody was hustling you, they were conning you. It was an illegal activity.

That term, the way we use the language now, has been transformed. Hustle now refers to constant work—hustling and grinding.

A lot of people use it as descriptive, but make it normative—that’s what we’re supposed to do. If you’re not hustling, you’re sitting on your ass and you get what you deserve.

I wanted to critique that. As Jay-Z and some other rappers talk about, “Can’t Knock the Hustle”—we should be knocking the hustle!

A: I’ve been working on a public health project, [looking at] public health through the lens of HIV and AIDS in Baltimore. And I’m collecting data for a project on policing in Baltimore back to 1965 or so, [and the impact of] the neoliberal turn…

A: When I talk about [the neoliberal turn] in black politics, what I try to do is hone in on some ways black political officials operate—mayors of [mostly] black cities, how the president has operated, how we see the rhetoric in the black church.

I try to cover as many areas as possible within black politics. [The impact of the neoliberal turn] exists in all these places we haven’t thought about, and shapes the degree to which we have black politics that can cover everybody.

The other thing I drive home—it’s not just a critical book. I use four cases to show how people are organizing against it, to make a claim for political organizing as a solution out of the neoliberal turn.