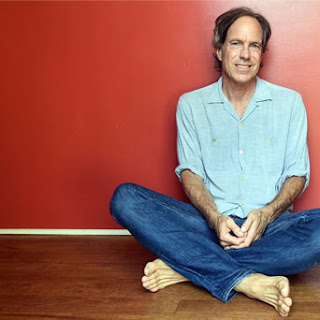 Alan Rifkin is the author of the new book Burdens by Water: An Unintended Memoir. He also wrote the story collection Signal Hill and co-wrote the memoir Wounds to Bind with Jerry Burgan. A former contributing editor to Details and LA Weekly, his work also has appeared in a variety of publications, including Premiere and The San Francisco Bay Guardian. He is based in Los Angeles.

Q: How was Burdens by Water’s title chosen, and what does water signify for you, especially as someone from California?

A: I have the publishers, who are also my editors, to thank for lifting that title from one of the essays in the book, “Pool Man.” It refers to the almost contiguous background of pools in Los Angeles, and the desire to lay down our burdens by water.

I think it does run through as a motif through a lot of the episodes in the book—following the pool man, bodysurfing in Santa Monica, the whole fountain of youth mythology that surrounds L.A.—there’s a real tense juxtaposition of the life-giving aspect of water with the nearness of the desert, dust, death.

At times you see those properties converge in a way that makes living in L.A. so spiritually compelling…to a lot of people. 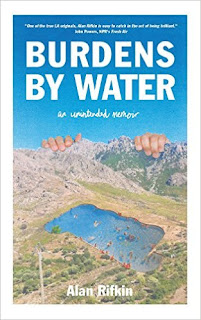 Q: Your book’s subtitle is “An Unintended Memoir.” Over how long a period did you write these essays, and at what point did you decide to collect them as a book?

A: I hope this isn’t too long a story, but it was circuitous….How the pieces began to come together into a book—last summer, the summer before, I was on hiatus from a complicated relationship, and was trying to ground myself spiritually, and try to get back in touch with what matters and what doesn’t.

I was reading the Bhagavad Gita, and one of the first reactions I had was a sense of shame, how far egotistically I [had come] from a sense of purity and goodness.

I had the impulse to look back at a piece I had written about monks…I was trying to find anything I’d written that I could feel proud of, that honored the people I was writing about, and honored the sense of the divine that I was looking for.

That piece stands up. It led me to see what other pieces embodied a spiritual quest, and led me to the dolphin story and the pool man story. I found an almost interwoven journey between stories…

Q: Did you write more stories after that point, or did you pull together stories that you already had written? 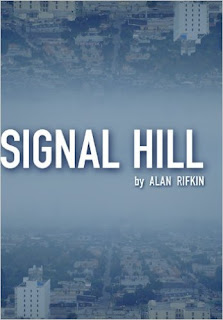 A: They were all originally written on assignment for various magazines. The most recent was “E Luxo So,” which came out of the same period. It involved a lot of taking stock, and revisiting the mostly Jewish neighborhood where my mom’s best years and the best years of the San Fernando Valley came to an end…it embodied issues of aging, the California dream, and what we’re left with.

Q: So how did you decide on the order in which the essays appeared in the book?

A: They are loosely but not completely chronological...the earliest ones come first, by and large. I chose [“Wave Theory”] as the prologue. I arranged the book the way I would arrange a magazine feature: [to] draw people in by way of a self-contained anecdote.

Then, about midway through the book, I write about becoming an evangelical Christian, marrying a woman who takes every word of the Bible literally, immersing myself in the culture, holding our marriage up to the example of our then-pastor and his wife. 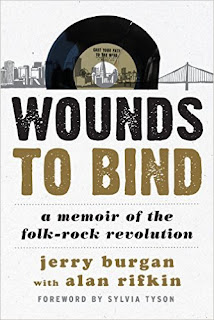 There was a lot of combustibility in the changes happening in the middle of my life, some funny, some tragic. From the middle of the book on, I see the stories as more reflective about my own life and some of my dreamier attempts to find wholeness, and making mistakes.

I ended with the earliest piece I ever wrote, because it seemed to shine for me as all about simplicity when I wrote it. It felt like a poignant contrast after everything else had gone down.

Q: What do you hope a reader would take away from the book?

A: I want them to be very tolerant of it! In my fantasy, I would love it if they just felt it was lovely, that it rang true, and that they found sadness in the humor and vice versa—and that it evoked something meaningful and timely about the time and place I lived through.

A: A few things. I’m working on a magazine piece that I’m terribly behind on.

The next book I’m sort of underway on is some kind of co-written memoir with my adult son who has battled mental illness. It’s juxtaposing my young adulthood with his attempt to have one 40 years later. The centerpiece is the summer he spent on the run from hospitalization.

Q: Would that be in the form of a magazine?

A: I’m not really there yet, but I’m thinking of an anthology.

Q: Anything else we should know about Burdens by Water?

A: A development in our time that the book is a product of is the changes in print journalism. I got to write those stories because of a time when magazines could send us anywhere, pay your expenses, let you write reflective stories about what you experienced.

In the past decade, venues for this [type of writing] have shrunk to two or three. We get so much instant analysis about anything—Donald Trump says something scary, there’s a school shooting—there are pieces on the Internet that look like long-form journalism but are not thought through, and are glib….

This book is a swan song to a certain paradisical time in California, and also to what magazine writing used to be like…but I don’t want the book to [seem as if it’s] just about getting old and dying!