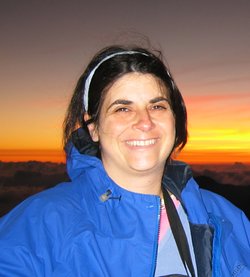 Karen Gooen is the author of Searching for Bubbe Fischer: The Path to Mah Jongg Wisdom. It describes her search for the perfect mah jongg mentor, and what she learned in the process. She has written articles on a variety of subjects including sports, medicine, and travel; she is a mah jongg instructor; and she lives in New Jersey.

Q: How did you first get interested in writing a book about mah jongg, and how did you come up with the book’s title?

A: I’ve been a writer for a long time, and it’s something I enjoy doing. I talk about how there weren’t any books [on the subject] out there, and this could be a benefit to other people too. I like to write, and this topic is untapped.

Q: And the title?

A: Sometime along the way it occurred to me that this was an intellectual game sort of like chess. I knew the movie [Searching for Bobby Fischer], and when I came up with [the title] I thought, this is awesome, I have to get a copyright on it! It sums up exactly what it is.

Q: One of the sections in the book is called Be Your Own Bubbe. Has that idea carried over into your life outside mah jongg?

A: I have it no more together than anyone else. But as far as mah jongg goes, I became an instructor….I’ve become sort of a personage. I’ve got a second personality! I have a blog now…Bubbe’s Blog. 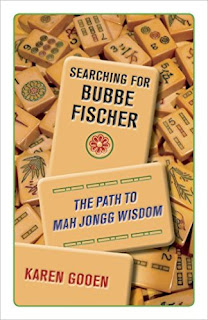 Q: You note that in the U.S., most mah jongg players are women. Why is that?

A: Most [who play] this version. There are still men who play the Chinese version….

In American Jewish history, everyone was playing mah jongg in the ‘20s. But once the Depression hit, Jewish ladies kept playing mah jongg, and they institutionalized it with rules. Every year, the national league puts out rules. It’s incredibly popular among the Jewish community.

The biggest demographic has been teachers. Retired teachers love the game. It attracts quick minds, and people who appreciate rules and structure.

Mah jongg never gets the respect of bridge or chess, but it’s a great game.

Q: What are some of the things about mah jongg that drew you into the game, and what would you say to encourage a novice to get involved?

A: One of the great aspects is that it’s an individual effort. You’re playing with three other people, so it is social, but it is your own individual goal. With bridge or canasta you have a partner. [Mah jongg] appeals to me; I’m a very independent person.

I like that it’s a puzzle. You start with 13 tiles, and you have to make them make sense.

Q: Who do you see as the audience for the book?

A: My perfect audience—[mah jongg] veterans enjoy it because it reminds them of when they were learning, [but] the perfect person is someone who’s been playing for six months to four years, who knows she’s not very good and wants to get better. They can see I was a terrible player and got better, and they can too….

A: People are saying they loved the stories [in the book]. I’ve never been a fiction writer, but I’m working on a novel now.

A: If you’ve never tried mah jongg, and are curious, this is a fun introduction to it. It’s definitely targeted for women [around middle age]. I started playing in 2003; I was 38 or 39. I’m still playing. It’s for intelligent women…This is a game for people who like to solve puzzles and have a good time….