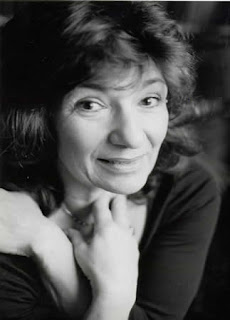 Lisa Appignanesi is the author of the new book Trials of Passion: Crimes Committed in the Name of Love and Madness. Her many other books include Mad, Bad, and Sad, All About Love, and Losing the Dead. She is Visiting Professor of Literature and the Medical Humanities at King's College London.

Q: How did you come up with the idea for this book, and how did you select the cases on which you focus?

A: This is a book about the theatre of the courtroom and justice on trial. Yet it seemed to follow rather seamlessly from my last two, though I didn’t know when I started out that this would be where my research and fascination with this whole field would take me.

I have always been interested in the ways our minds and emotions work, as well as the ways thinkers and writers of various kinds have understood the processes involved. And of course how these understandings then inflect the way we understand ourselves and each other.

I’m also intrigued by what we could call popularization or the dissemination of ideas.  It turns out the criminal courts are prime sites for this last. 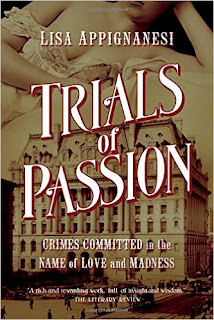 In Mad, Bad and Sad, the first book of what I now think of as a loose trilogy, I told the story of the growth of the mind doctoring professions from 1800 to the present, more or less; how madness was understood once it had ceased to be seen as a matter of divine or satanic possession; how patients and in particular women (who were long thought to be closer to madness), fell into or helped to shift the ways of thinking about madness in their times.

I also looked at the "dominant" forms of diagnosis in given historical moments, from hysteria to our own period’s depression, anxiety and eating disorders.

There is a sense that from early on, through Freud and into the present, love and what we could call its deformations are considered as precipitating causes of madness.

So in my next book, All About Love, I thought I would look at the ways we experience love — how these have in some ways been constant and in others have changed. 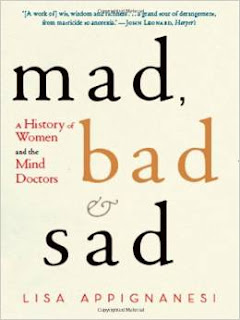 I looked at love not only in its passionate and carnal aspects, but in the way it percolates through the family and amidst friends. I was interested in digging up the more benign aspects of love, since so much of our literature and popular culture (although they urge us to experience it, to find the one and ultimate only) never fail to concentrate on the disasters of love.

It then seemed to me that I hadn’t touched sufficiently on the “mad” extremes of loving – what has been called “l’amour fou.” That’s in part what led to Trials of Passion.

The other historical aspect I felt I hadn’t focused on enough was the way the mind-doctoring professions influenced not only the practices of caring for the mad and the ways we understand various forms of madness, but also one of basic institutions of society, the law.

So Trials is a book that explores the kind of extreme love which leads to acts of violence, as well as the ways more modern understandings of the mind, have influenced law and justice.  One strand of it deals with the rise of the expert witness.

As in all my books, I like to focus in on individual experience, on cases, if you like. Finding the cases for these books wasn’t easy, since I wanted ones which illuminated the person, the crime, but also the interaction of the law and the psy professions. 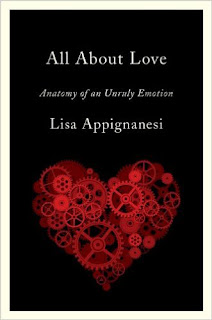 And finally ones which gave us a clear sense of the historical moment and how the trials themselves helped to shape public attitudes and understanding. In other words, trials that became famous in their own day and took up substantial space in the papers. I trawled the archives, read books…

This is how I came up with the Case of the Brighton Borgia, Christiana Edmunds, in the Victorian period; the Case of Marie Biere, the performer who travelled the provincial circuit in a Third Republic France where feminist ideas where coming into play, and the other “criminals” who drew some inspiration from her case.

Finally in the U.S., the case I settled on, in part because it captured the imagination of the epoch but also because the number of psychiatrists who gave expert witness was larger than has ever been seen, was that of Harry K Thaw, the Pittsburgh millionaire who killed the great architect Stanford White, for love of his "poster" and chorus girl, the nubile Evelyn Nesbit.

Q: You write, "Though the line between madness and badness becomes increasingly difficult to draw, the authorities all agree that the line is fundamental to any legal system." How did the drawing of that line change during the period you write about?

A: What happened when the psychiatrists and eventually psychologists came into the legal process is that the complexities and “unreason” or “unwittingness” of human behaviour was illuminated in the courtroom. 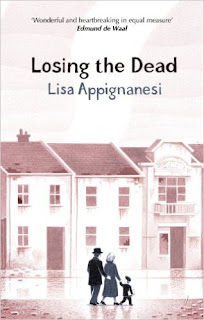 Once the law ceases (only partially, of course) to posit that the person in the dock is a fully rational being, then the idea of evil, of the monster, begins to leave the room. Badness becomes more difficult to pin down. This is what happens in the period I write about. But this is never a once-and-for-all process.

Though the criminal law has changed, it hasn’t changed all that much – in the West, there was always an insanity defence, but what comprises insanity shifts through time. Simultaneously, no sooner is there what we might call a lenient verdict on a much-reported case, then the pendulum shifts and judge and juries grow more punitive.

A: The research for this book was ever surprising – and there was so much more I’d like to have put in. Going through those legal archives, particularly in France, the brittle, frayed pages that contained the “dossier” and the verdict on a life, with all its loose ends showing, was exciting.

But when it came to it, it seemed to me form needed to govern scattergun content and I had to choose what stories to bring to life. I also felt that I needed to give these “criminals” their due.  They’re real, after all, and inhabited a historical moment, not a movie script.

A: I’m now working on a book which has the working title Becoming History. My daughter is now a young academic and she studies times I grew up through.

Ever since I wrote Losing the Dead, about my parents’ war and its floating legacies, I’ve been interested in the way memory and history can tell very different stories. So I guess this is a kind of memoir, but not altogether…